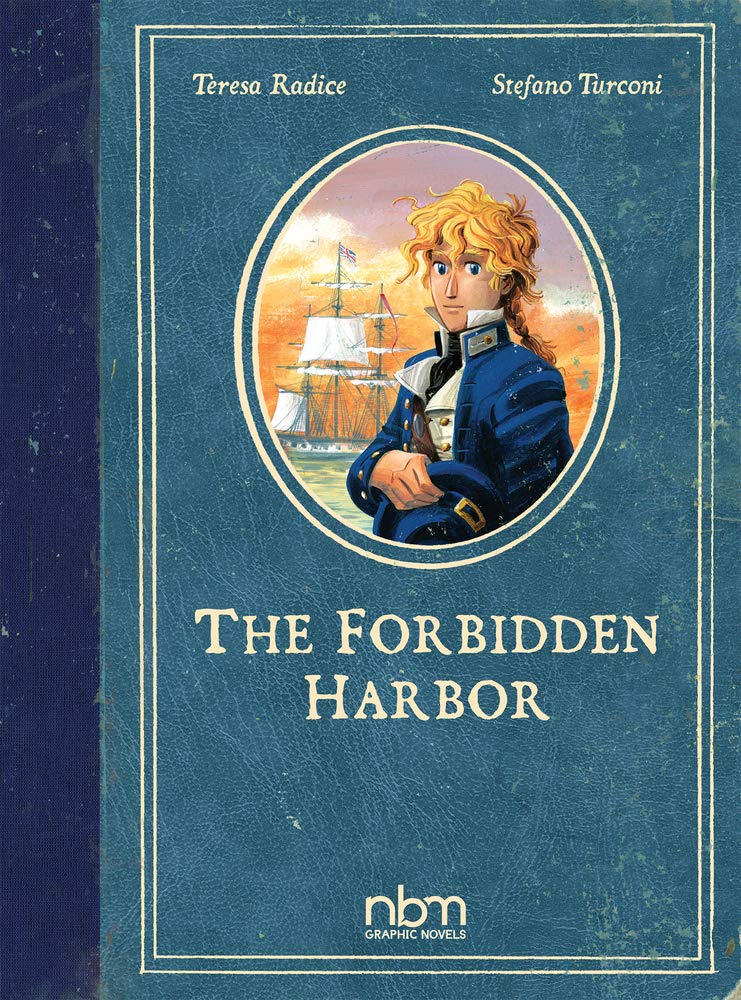 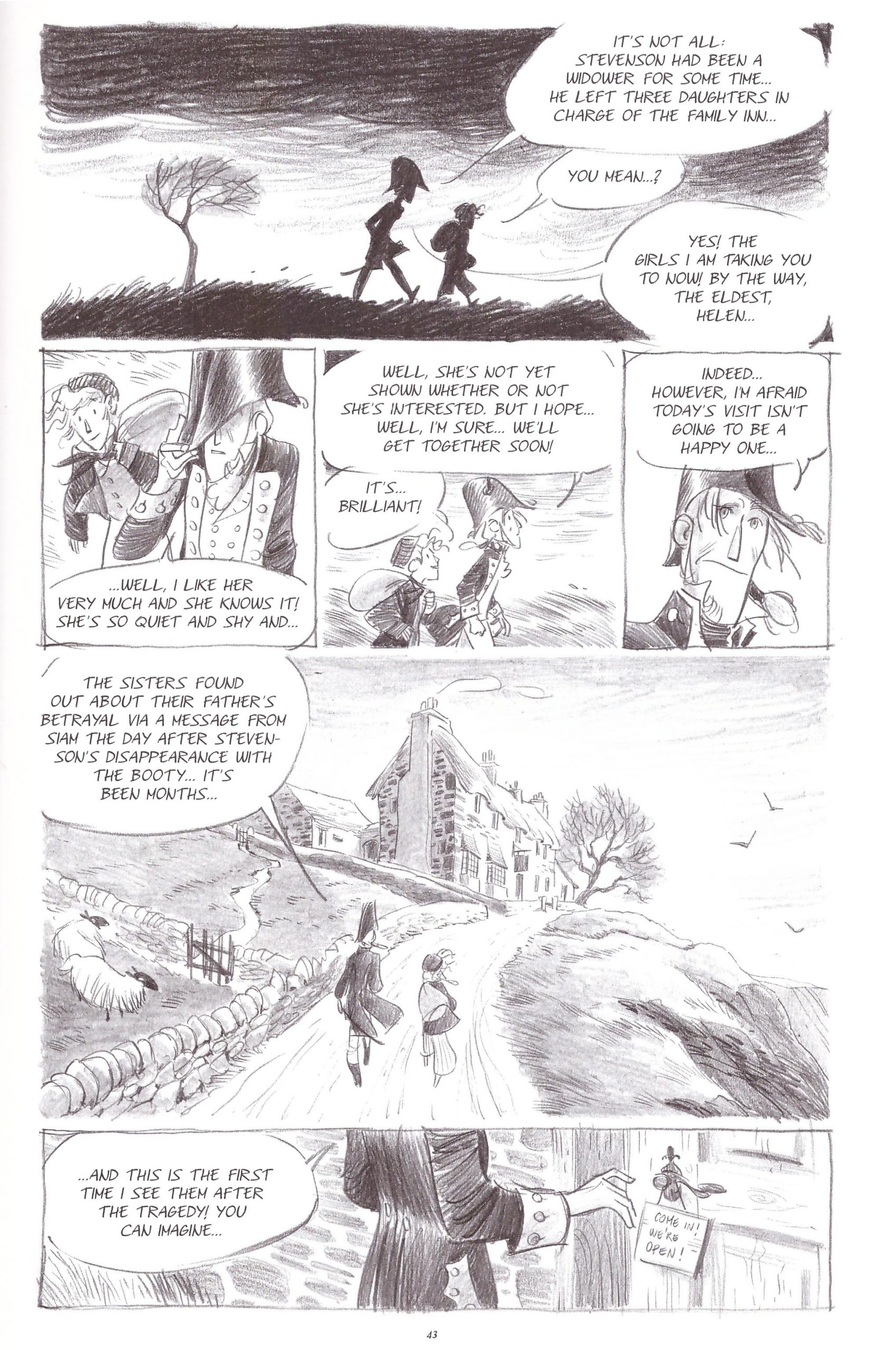 NBM have taken a lot of effort to ensure The Forbidden Harbor’s design imitates the look of an early 20th century illustrated children’s storybook, down to the faked scuffing and the rough textured feel, and accompanying old map endpapers. It enhances Teresa Radice and Stefano Turconi’s period setting, the early 1800s when British ships controlled the world’s seas, among them one helmed by William Roberts since the unaccountable piracy on the part of the previous Captain Stevenson. Roberts picks up a castaway who’s lost his memory, a young boy he names Abel and returns to Plymouth to stay at an inn run by Stevenson’s three daughters, all very different personalities, with Roberts very keen on the reserved Helen. That, though, is just the starting point and doesn’t include several characters with prominent roles, some tortured by past decisions.

At around fourteen, Abel is the main focus, and as such it’s easy to fall into the trap of considering The Forbidden Harbour to be aimed at the young adult market. It’s not. Even beyond the prominent presence of a brothel, adult themes beyond a sexual nature abound, guilt and redemption being two, while the spirit of the absent disgraced Stevenson hangs heavy over many. Radice uses the poetry and literature of the times to reflect what’s submerged within her cast and they’re expressively brought to life by Turconi’s sketchy style. Because he works in pencil without inks it’s deceptive illustration, the comic reader’s eye conditioned to see it as unfinished, which isn’t the case. Everything necessary is provided in detail, while the pencils allow a spirited level of visual personality occasionally absent from stiffer inked work. Once the story’s done we’re treated to some of Turconi’s research sketches, and they’re also wonderful.

Almost everything is normal for the period, yet mystery is present, the Forbidden Harbor of the title, and who Abel is. More astute readers may guess at that before it’s revealed, but they’ll then have to stretch to figure out what happened to him. It’s not a secret kept beyond halfway, and The Forbidden Harbor survives the revelation because shortly afterwards a second secret is disclosed, this more deeply hidden, a real punch to the stomach, and the narration switches to a different character. It’s a trick masterfully pulled off. There’s a little too much introspection over the following third chapter, but everything pulls together nicely for the finale.

Radice is aiming for a novel that matches the great adventure of the works she quotes throughout, the words of Coleridge, Defoe, Milton and Shakespeare, who wore their spiritual side on their sleeves and invested a great humanity in their writing. Truths are slowly revealed in a rich story that’s one to spend a winter evening with. A lump in the throat and a tear or two should be entirely normal as we fall in love with several people, all of them kind, understanding, with tragedy in their lives and driven by compulsions they don’t fully understand. It’s great.