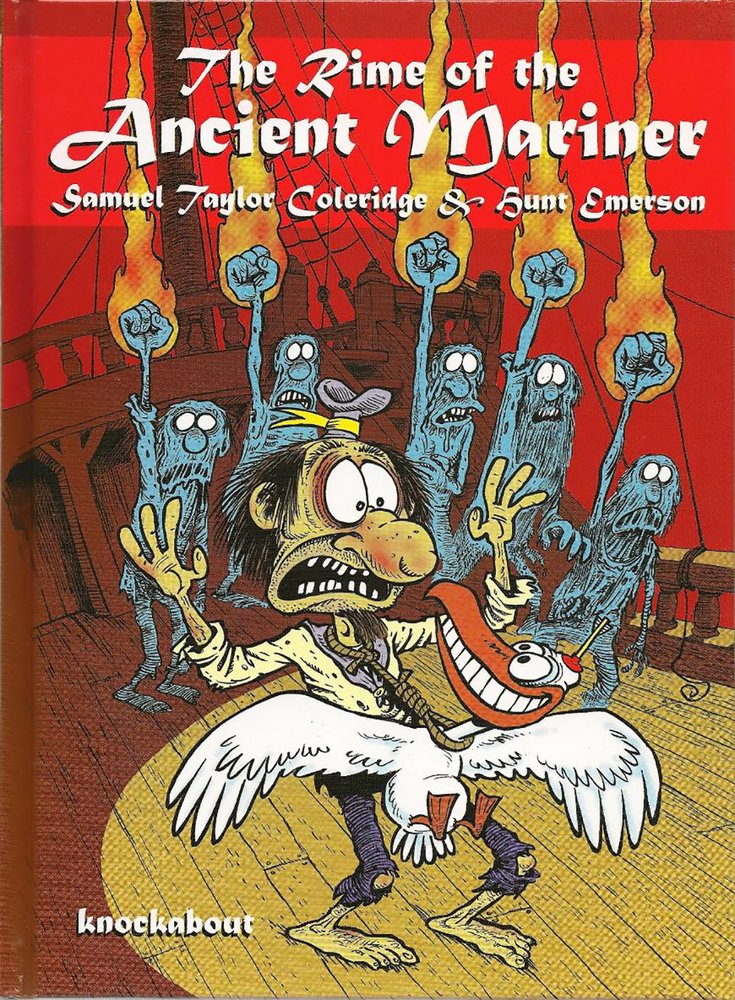 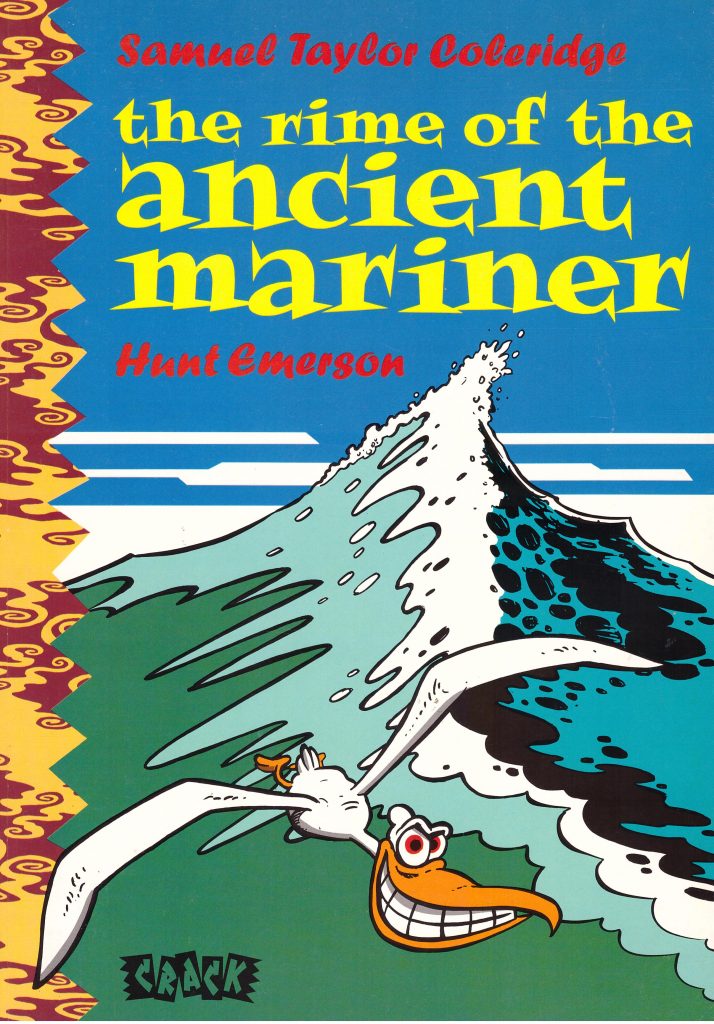 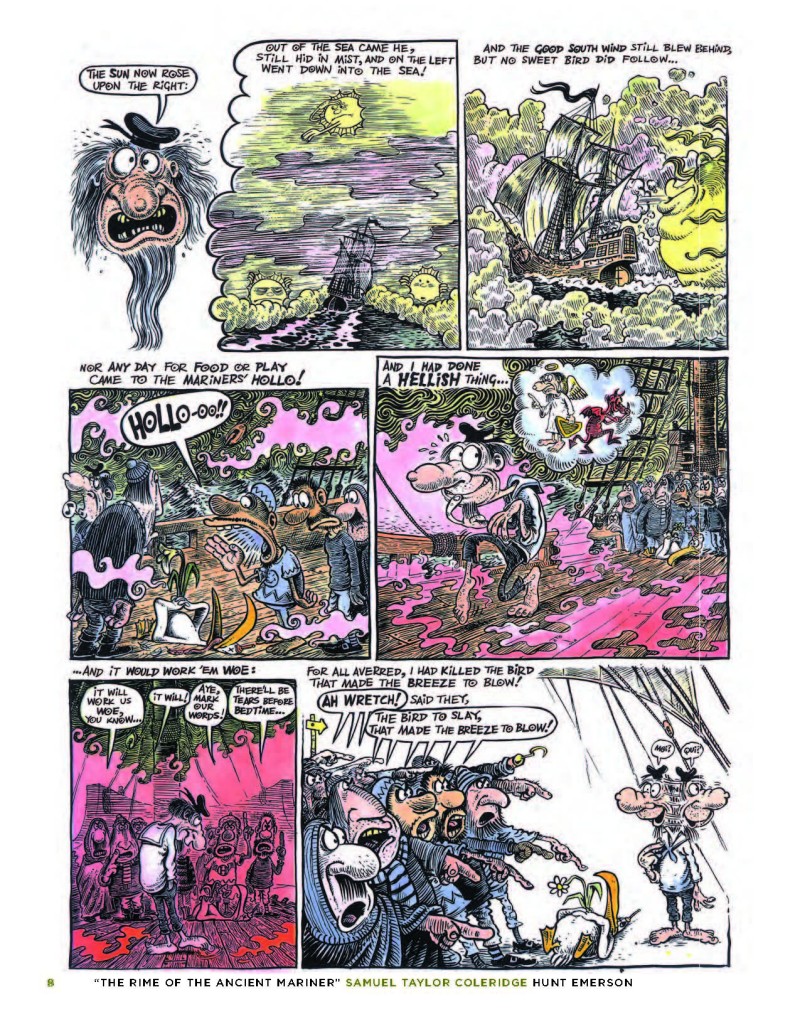 Merely spotting The Rime of the Ancient Mariner’s title may induce an involuntary shudder as it returns you to your school days, beloved as it is of the unimaginative English teacher who’ll have used terms such as “mesmeric” in describing it. This isn’t that version. In his introduction Gilbert Shelton, a man who knows, notes that Samuel Taylor Coleridge’s poem on which this book is based is lacking in humour, yet raises our spirits by explaining how Hunt Emerson more than makes up for it. Emerson takes the text and then extemporises wildly around it in the manner of a master jazz musician, sticking to the text, yet adding tone and colour. It’s perhaps going too far to suggest he brings out the hilarity that’s always lain within, but he certainly exacts just revenge on behalf of anyone who’s had to spend a term studying Coleridge’s opium-induced horrors.

Coleridge’s tale is an epic bar room recollection, an extended spooky reverie for a Georgian candle lit night. Yet perhaps in an attempt to distance it from the commonplace and superstitious, and provide a sense of gravitas Coleridge deliberately used archaic and obscure words and it’s become the curse of English students ever since. The gist of the plot is that an old salt shoots the albatross that’s been following his ship, whereupon the Gods take offence and what had been a routine trip becomes one of torment and terror. The most arresting aspect of Coleridge’s work is the vivid imagery he conjures up, painting seascapes with words, and that’s Emerson’s way in.

From an opening illustration of zombie sailors he throws in an entire batallion of comedy effects, almost bludgeoning with the sheer brilliance. There’s call and response using Coleridge’s lines, literalisms, a fantastic malevolently gurning albatross, visual puns, eccentric juxtaposition, the switching of an object’s appearance from panel to panel, rich exaggerated characters, anachronisms, Krazy Kat style backgrounds, and many more you’ll spot for yourself. Coleridge’s poem is faithfully told, yet brilliantly subverted. This should be the version distributed to English classes.