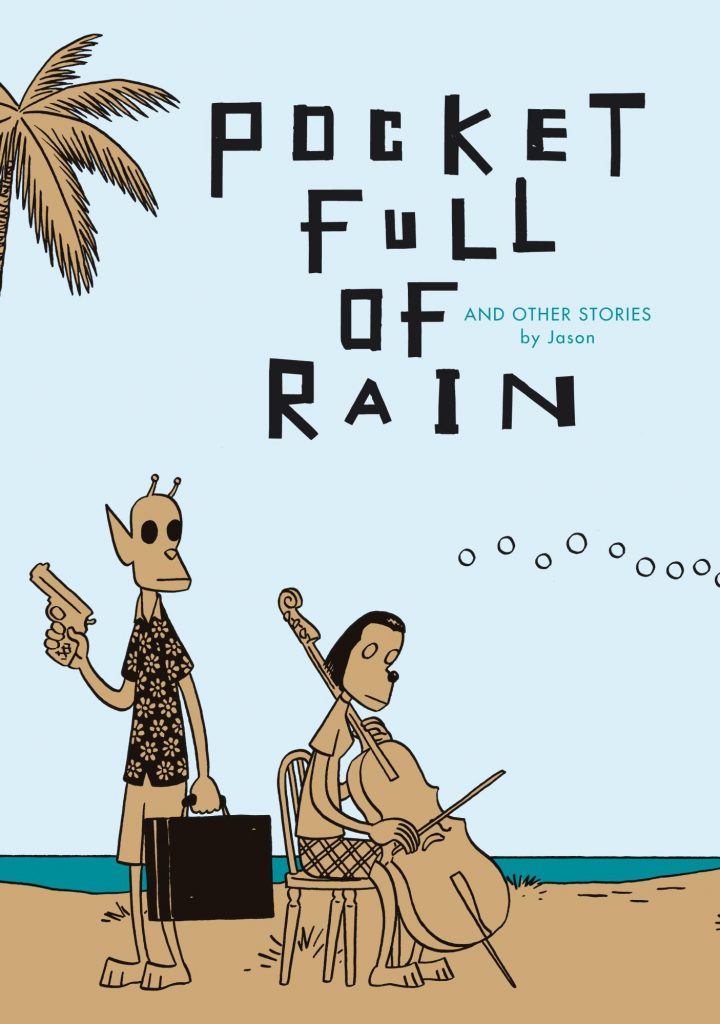 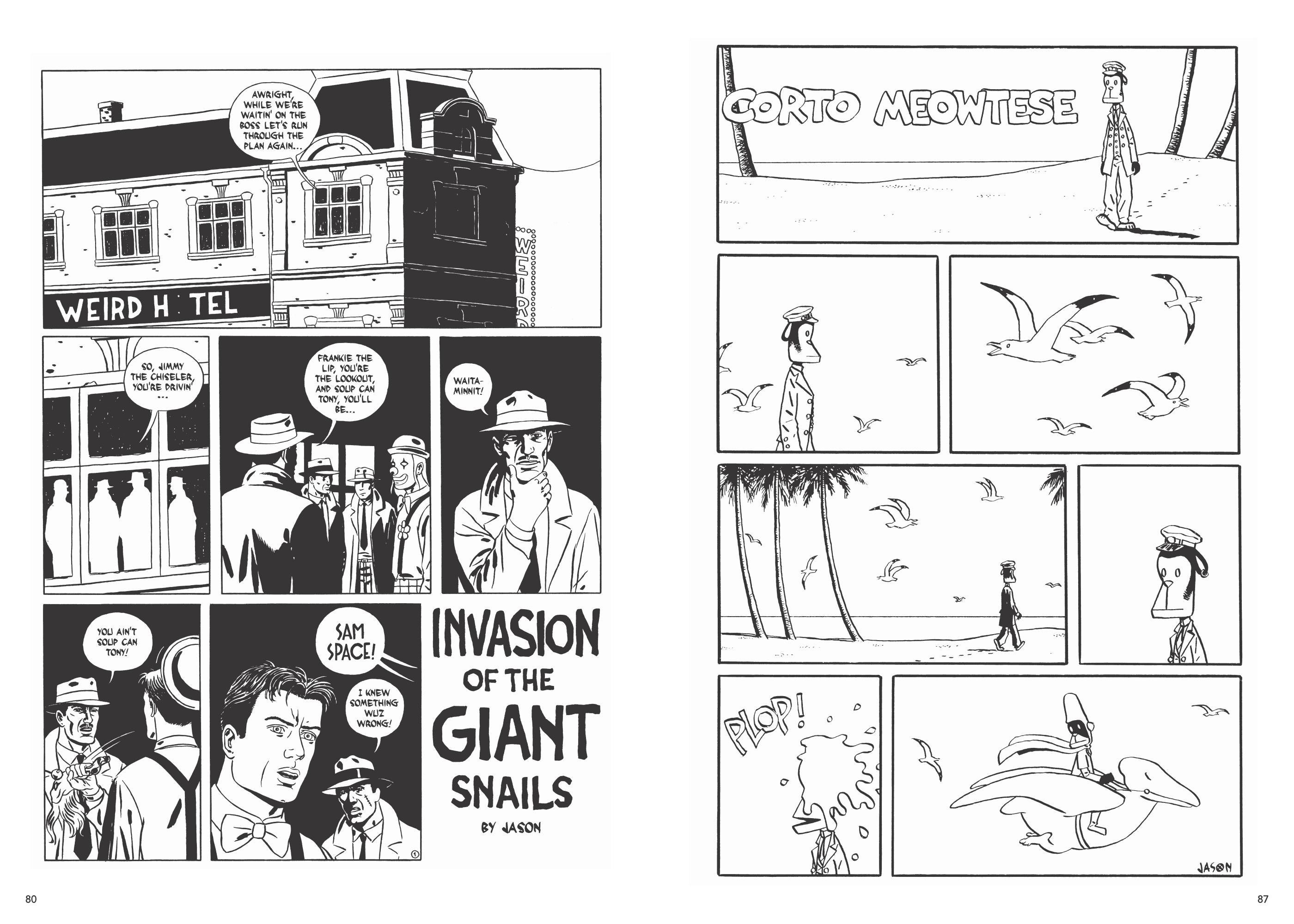 Norwegian cartoonist Jason’s career began in the 1980s when he started contributing work to anthologies, and it’s around ten years of this work that’s brought together in Pocket Full of Rain.

It’s a collection that not only showcases the development of artistic cohesion, but has plenty of surprises in store. The first of them is that there was a time when Jason didn’t feature anthropomorphic humans in his stories, but drew regular people. In a lovingly astute introduction, James Sturm likens this to a shock of seeing Peanuts creator Charles Schulz do the same. Those people, however, share the sensibilities of Jason’s later protagonists, and his fantastically individual worldview is already in place, although there are some clues as to how things developed. The strange 46 page title story, for instance, has similarities to the collaborations of Gary and Warren Pleece. Their work also throws anomalous events into a downbeat world. Jason’s tale combines the burgeoning relationship between a police sketch artist whose depictions are of aliens, with a woman whose previous boyfriend was a jealous hitman. It’s an inspired combination, and stringing the plot together is a series of entertaining speculative bar conversations.

Several other strips here are those conversations alone. A discussion of who the protagonists would kill given the choice, an awkward encounter on a bus, what Jason would do if he lost his hair? They’re all funny and well observed, and it’s interesting that they’re the polar opposite of the largely dialogue free work that would cement Jason’s international reputation. There are a few examples of that also, and featuring the anthropomorphic cast, but most of these are more experimental, Jason not yet having worked out how to compress the material for maximum effect.

Largely unacknowledged is Jason’s mastery of the single tier gag strip. These provided the best content of his other anthology title Meow, Baby!, and the samples here of a prisoner attached to a ball and chain approach the surreal whimsy of Krazy Kat, similarly toying with the form of gag strips and the influence acknowledged by featuring a cactus. That’s not the only homage to classic strips and archetypes, and all are playful and successful.

Not everything is solid gold. This is, after all, early work, and the less successful elements stretch plots too thin, make gratuitous use of celebrities such as Ernest Hemingway or don’t quite achieve the ideal mixture of art and story. Toward the end of the book there are a succession of shock ending horror strips that are derivative, predictable and some too long even at two pages. From their style appear to be Jason’s earliest work, although that’s never clarified, and little more context would have been nice. Some strips are dated, others not, and they’re sorted by theme, not order of production.

Sturm’s introduction also posits dinner parties of the future where a topic of discussion is which of Jason’s works is his best. Pocket Full of Rain deserves some consideration. Yes, the art’s a little stiff in places, and actually poor on a few pages, but it’s the ideas and execution that are the foundation of Jason’s work, with the anthropomorphic characters a stylishly distracting means to an end. Pocket Full of Rain has ideas in abundance, enough to keep lesser creators in business for years exploring their possibilities, and the misfires are few and brief. Like Jason? You should love this.