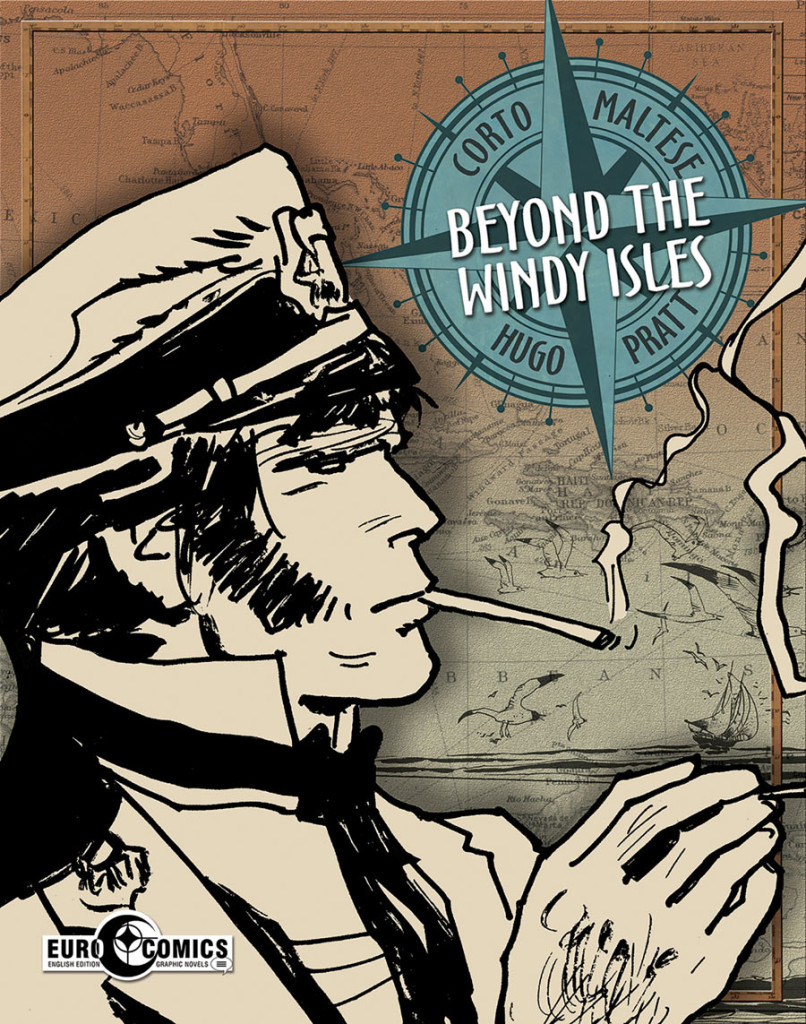 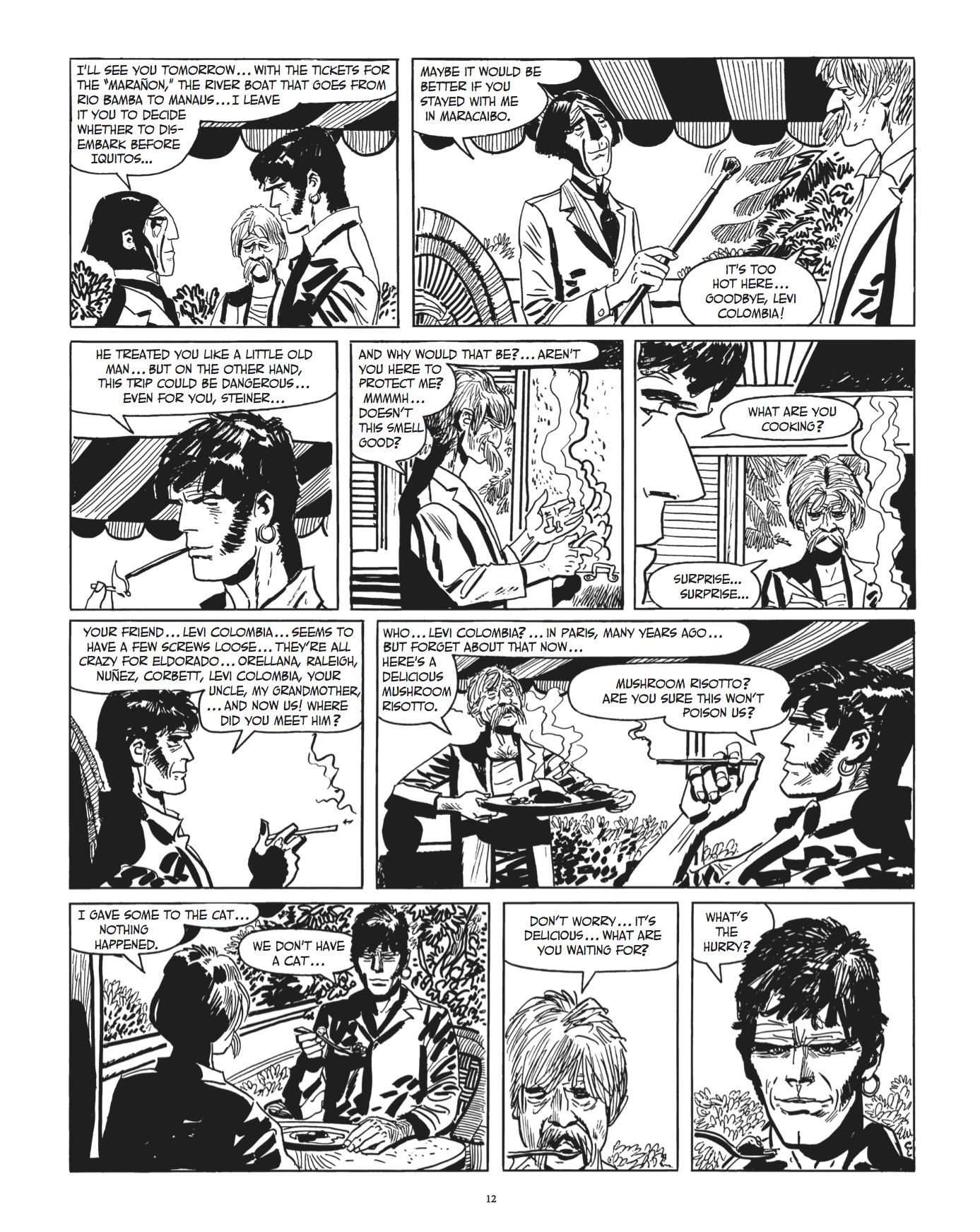 Beyond the Windy Isles is a second collection of Corto Maltese stories located in the Caribbean, now in 1917, and concludes the setting as the backdrop for Corto’s wanderings. He’s still suffering the amnesia incurred in Under the Sign of Capricorn‘s final story, and further elements of that encounter come back to haunt him when he visits a Haitian community under the thrall of a manipulative despot.

These are very cleverly written pieces, Hugo Pratt investing in characters who seem only destined for the single use, but who return unexpectedly. This isn’t in the sense of a shock, but more that their narrative purpose appeared to have been served, yet they pop up unexpectedly in a true to life fashion. One such is the magnificently designed Levi Columbia (in sample image), dealer in curiosities and antiquities, yet with grander dreams and ambitions. The best character here is the tragic Robin Stuart, a deserter from the British army during World War I who’s made it all the way to the Orinoco Delta. In a satisfyingly ambitious piece of storytelling, his circumstances are related via a series of hallucinogenic encounters with those from his recent past, with barely any participation from Corto. It’s topped by a nice disagreement based on philosophical attitudes toward death.

Pratt really delves into the mysticism of dreams and apparitions, opening with a story in which Corto’s inner defences overcome his external injuries. This, though, is largely via the fantasy of his companion Professor Steiner, whose own thirst for knowledge facilitates much of the content.

There’s no question of Pratt’s artistic mastery, and pretty well any individual panel displays how he achieves so much with so little. He’s also stretching into his storytelling methods, with experimental sequences both written and drawn. A story of the Banana Wars in Haiti begins with the dialogue attributed to faceless voices, Pratt instead choosing to illustrate their waving gun barrels poking through windows as Corto approaches. The mystery of what’s in a suitcase coveted by many predominates as Pratt returns a character from the previous collection. It’s a surprise and will still be a surprise, but was never intended as a jaw-dropper. Pratt’s indigenous characters are beautifully drawn and treated without condescension unless called for via a particular character’s mindset.

Once again there’s a beautiful pacing and evocation to the stories. Yes, they’re influenced by American newspaper strips of the 1940s and 1950s, but Pratt’s use of this milieu is all his own. There’s plenty of action, but the moments in between predominate, and unfurl lethargically. Corto himself is perpetually enigmatic. Given an explained set of circumstances there’s never any sense of knowing where his loyalties might lie, and that’s a major strength not just of Beyond the Windy Isles, but the series as a whole.

Many creators would give their left arm to have produced material as rich and diverse as these five stories, yet this isn’t Pratt at his peak. His art’s still developing, and he’s yet to entirely discard the series’ early influences. That comes with the next book, titled Celtic Tales in the EuroComics collections, but previously translated as The Celts.