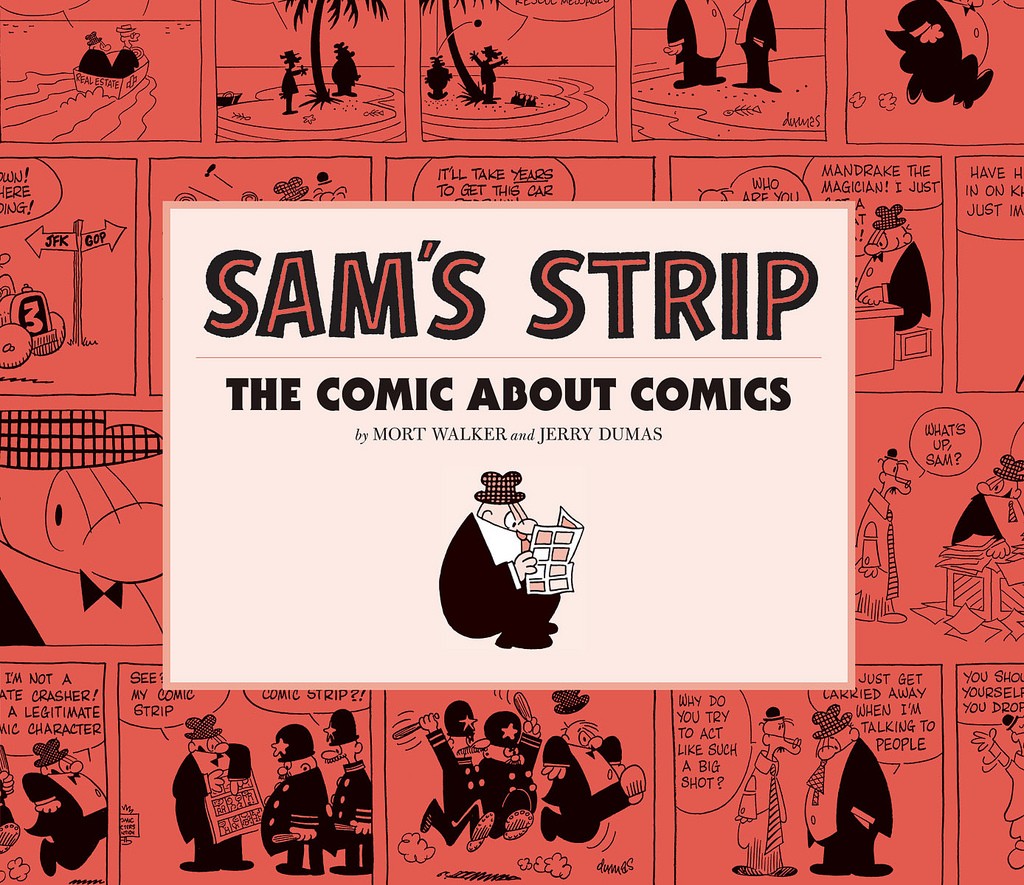 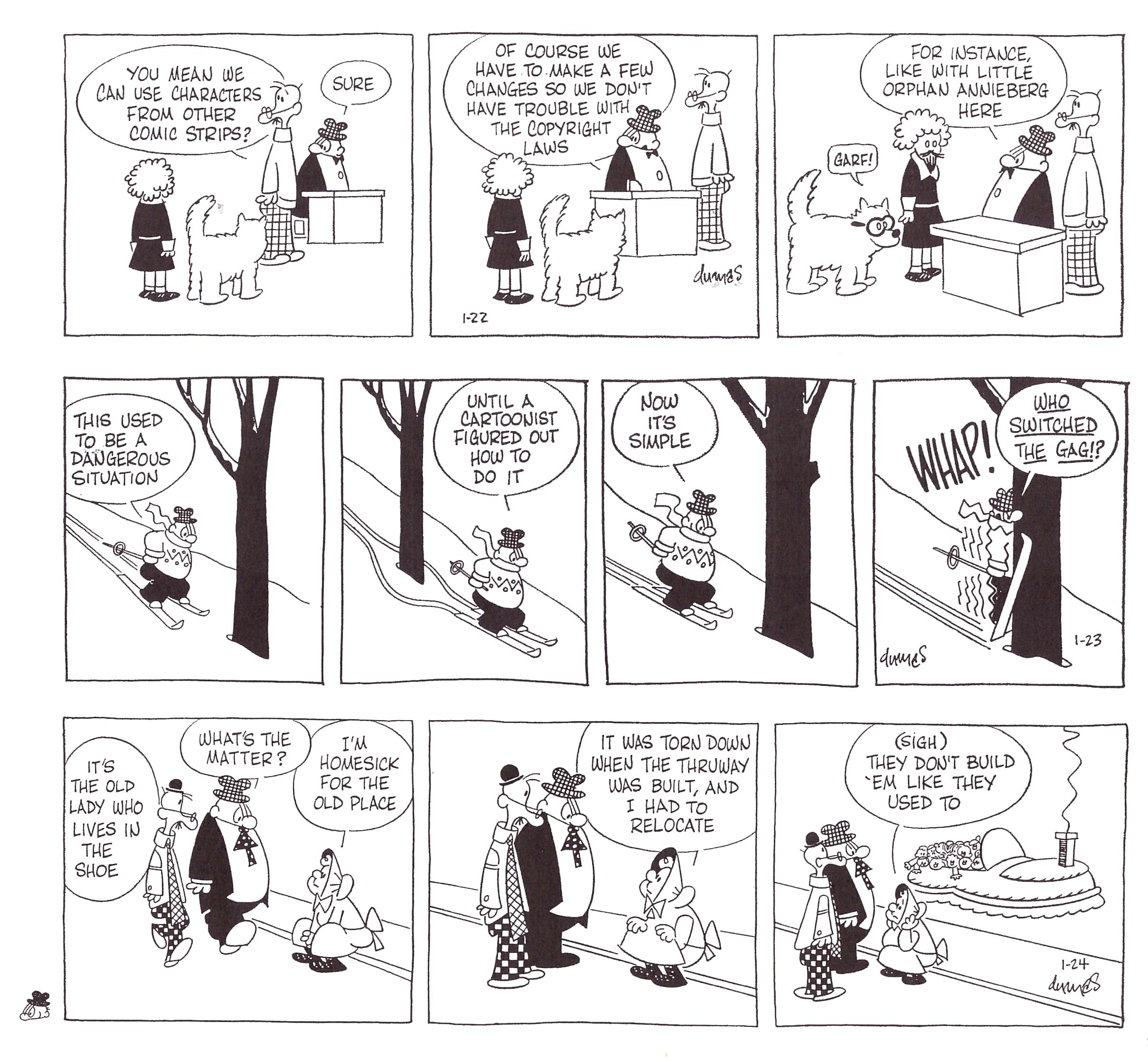 Sam’s Strip was syndicated to newspapers for a twenty month period beginning in October 1961, and remains a bold experiment with the three panel gag strip format.

When he began the feature Mort Walker was already the acclaimed creator of Beetle Bailey and Hi & Lois, while Jerry Dumas was Walker’s co-writer from the late 1950s. To amuse themselves they’d occasionally produce not for publication gags featuring other cartoon characters, from which Sam’s Strip developed. The creators, however, took their idea a little further by not just satirising the creations of others, but the format of newspaper strips, deliberately drawing attention to cartooning shorthand and conventions, or breaking the fourth wall to address the readers directly. In one strip the opening two panels just feature the words “closed for repairs”. In the closer Sam’s peeking out from behind the notice and says “Ink blot”. It’s clever, and probably of greater importance at the time, was relatively easy to draw.

The concept wasn’t entirely new as other cartoonists had indulged in parody, Al Capp with his Dick Tracy pastiche Fearless Fosdick for one, but producing a regular strip where it was the entire purpose was an innovation. Sam runs a tight strip, keeping gag standbys such as black eye attachments and exclamation marks in his cartoon prop closet, and dozens of characters well known at the time drop by for gag purposes.

In his introduction Dumas recalls with pride how in an era long before cut and paste he strove to ensure any guest characters in the strip were true to their known form. This is on display with his use of Tenniel’s Alice in Wonderland characters, and a sequence running for a week set at a comic characters convention featuring dozens of other creations. It perhaps draws attention away from the solidity of his regular style, which adapts to any gag required.

While inventive and occasionally brilliant, there is no avoiding the strip’s inbuilt limitation. To get the most from it requires a knowledge of newspaper strips prior to 1963, and editor Brian Walker has to supply four pages of notes explaining cultural references for the occasions when it slips into contemporary commentary. Additionally there are the gags. While ahead of its time in the sometimes surreal pulling back of the curtain, when Sam’s Strip moves away from that all too many of the gags are of the rimshot type that sustain newspaper strips to this day. Their continuing charm is dependent on featuring a character from another strip. Some measure of progress in the years since can be discerned by a week’s worth of 1962 strips being wife jokes, and the repetitive calls for a funny fat man to audition for the strip, neither of which would run today.

It’s nice to have the entirety of an innovative strip between two covers, and Fantagraphics have ensured faithful reproduction via three large sized strips on clean white paper in landscape format. All these years later Sam’s Strip is a curiosity, lovingly presented. Dumas, however, has the last laugh. Dispensing with the surreal jokes and guests, he revived the two lead characters as Sam & Silo in 1977 and that strip is still running.