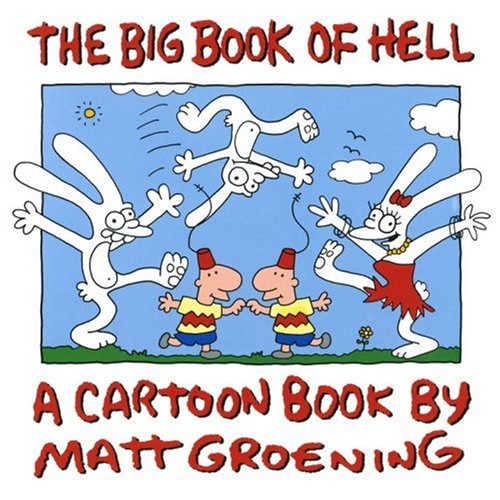 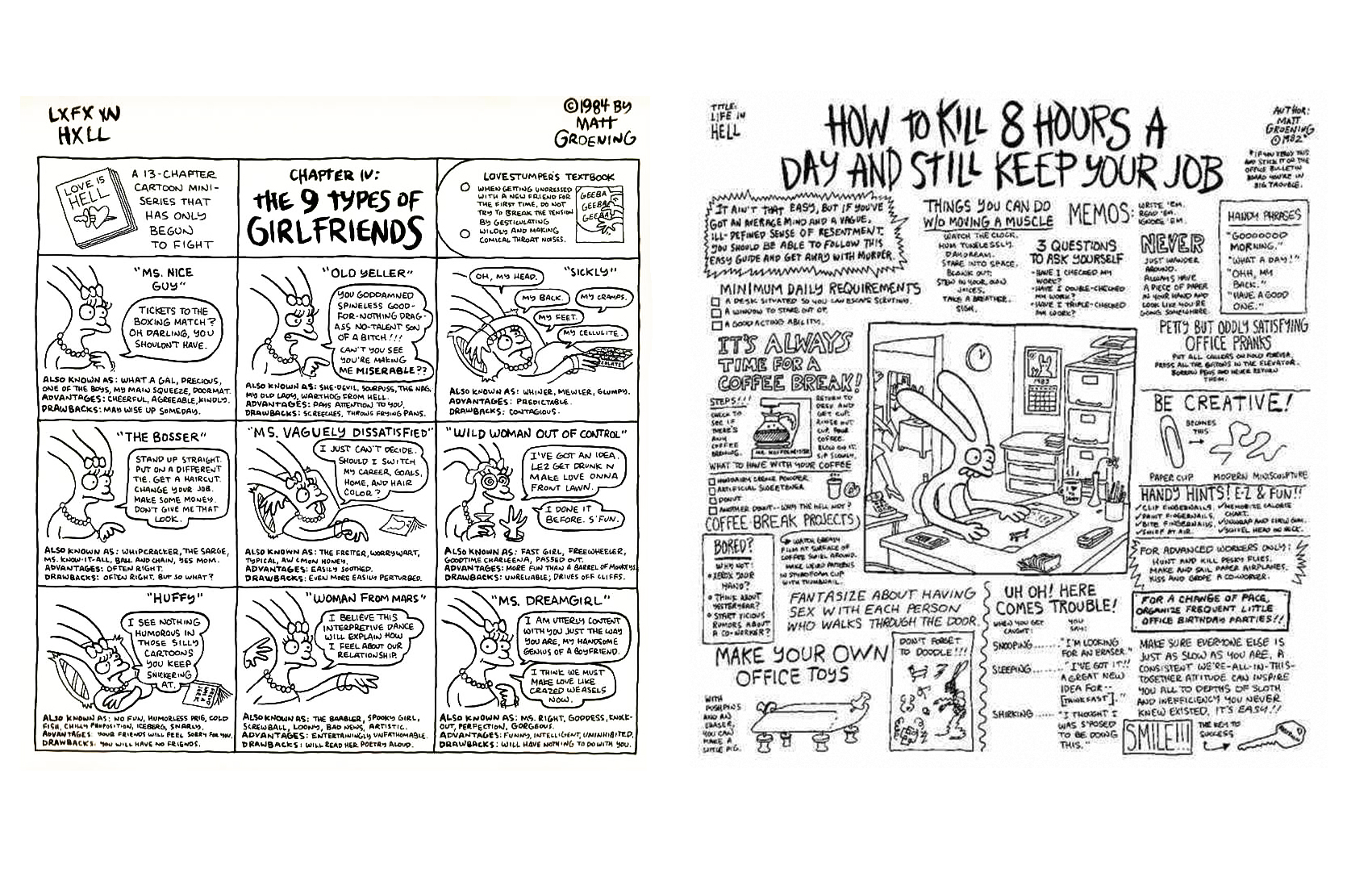 Matt Groening’s Life in Hell strip appeared weekly in The Los Angeles Reader from 1980 and went on to syndication in almost 400 alternative newspapers. Groening ended the strip in 2012. It presents the lives of two rabbits Binky and Sheba, Binky’s one-eared son Bongo, and Akbar and Jeff, two identical men wearing identical outfits and fezzes, who are “brothers or lovers or both”. Life in Hell became a phenomenon that spawned fifteen book collections and countless greetings cards, posters, t-shirts and other merchandising paraphernalia, and of course was the springboard for The Simpsons animated TV series.

Life in Hell is several different but related kinds of strips all competing for the reader’s attention as Groening writes and draws whatever happens to be on his mind, without feeling any necessity to stick to one set of characters or themes. The only constant is his outrage at the awful world that we are forced to inhabit, filled with repetitive, spirit-crushing school, pointless jobs, meaningless relationships, hopeless and exploitative political leaders, evil corporations, spiritual dead-ends and relentless, fake media. Pages of Life in Hell could take the form of a conventional (if bleakly funny) joke strip with Binky, Sheba or Bongo, conceptual jokes riffing off Akbar and Jeff’s identical appearance, or a barrage of pop-cultural parodies. These are probably the thing for which Groening is most loved, the category of strips that got stuck on refrigerators, notice boards, college walls and a million posters. Strips that are big illustrated lists such as ‘The 9 types of Girlfriend’, or ‘How to Kill 8 Hours a Day and Still Keep Your Job’ are crammed so full of observational humour, puns, silly insults and jokes that there’s barely any space on the page for images, but he manages to squeeze a few in somehow.

The Big Book of Hell is a great collection of this material, with an incredible array of brilliant, sarcastic, fierce and smartly funny strips that are so stuffed with jokes as to be exhausting when you try to read more than a few at a time. The Simpsons and Futurama may be the creations for which Groening will be remembered, but you can clearly see their origins here in these comics, and these seem to be where his heart is, too. If you want more, there is another big collection of Life in Hell strips called The Huge Book of Hell.