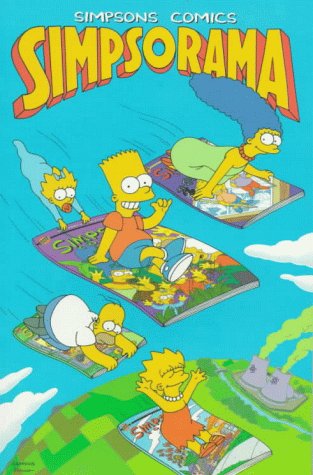 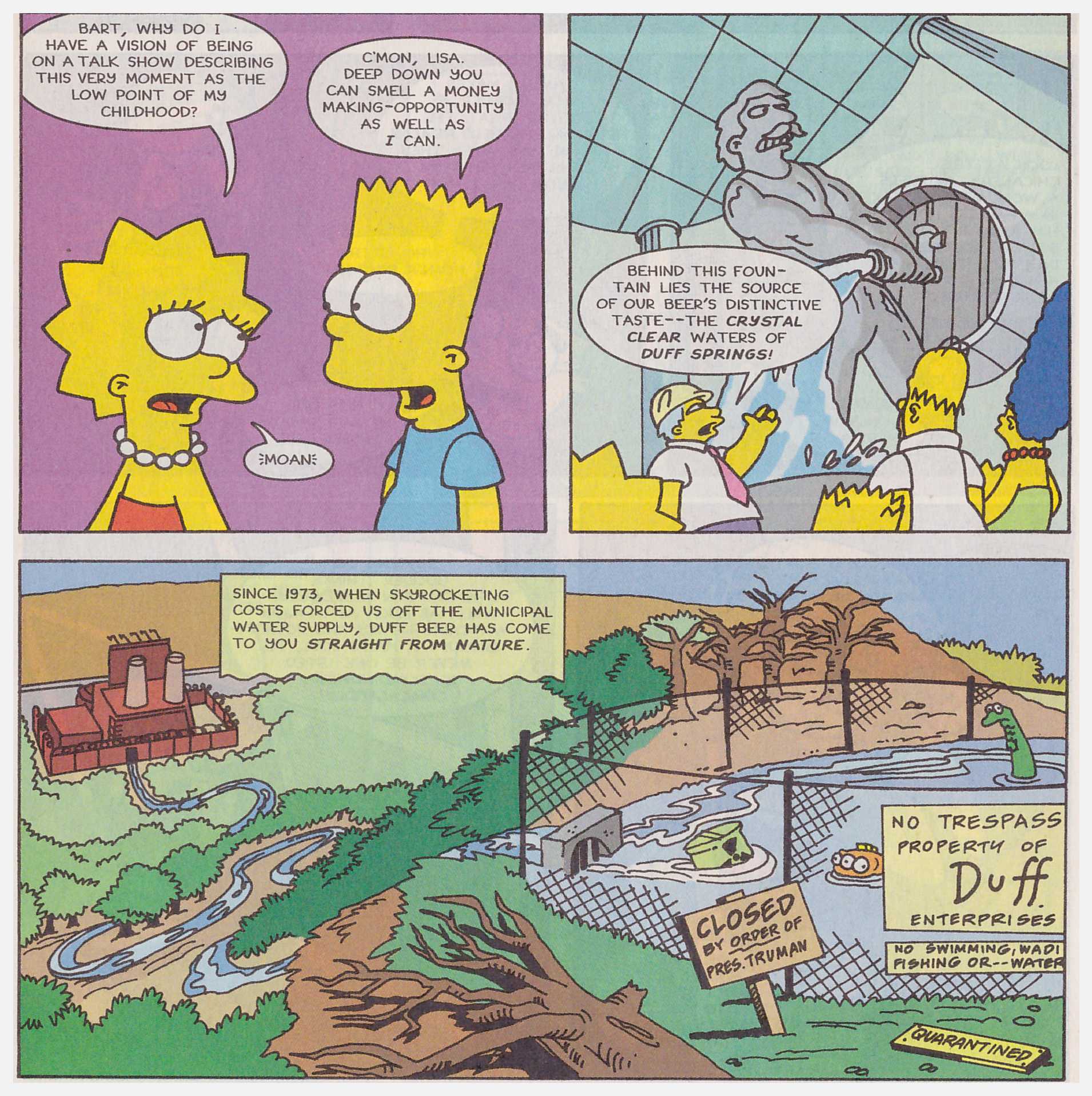 How many creators does it take to produce a Simpsons comic? Many more than you might think on the basis of the four main stories here, requiring eight writers, with another four contributing the back-ups. Yet flying in the face of conventional wisdom in comics that the more contributors, the worse the story, it works, and this is a far better collection than the previous Simpsons Comics Spectacular.

Part of the reason may be that all writers involved have screenwriting credits, and are used to the collaborative nature of TV writing in which scripts are honed by committee. The writing team of Jon Aibel and Glenn Berger would progress to write Kung-Fu Panda among other recognisable features, and their collaboration here with Jeff Rosenthal is the book’s highlight. Homer inherits the Duff Beer company, although there are a few less pleasant surprises along the way. Penciller Chris Roman’s work is a little blocky, but he captures the cast, and the jokes flow the way they would in a good TV episode.

Not far behind is the Simpsons having to share the new Springfield Biosphere with the Flanders family. Predictably enough they don’t rub along, but Rob Hammersley and Todd J. Greenwald keep the gags unpredictable and use a wide cast, and Eric Moxcey contributes his only comic art. As a storyboard artist for the TV show he has a fine handle on the characters, and adapts well to the printed page.

The tales of Flanders behaving uncharacteristically by Bill Morrison, and Gary Glasberg relating how Bart and Milhouse’s comic character is stolen from them don’t match the other material, but improve on the previous volume. Stephanie Gladden and Phil Ortiz draw these respectively.

Glasberg manages several good jokes for a sequence set at the comic convention, not least the ennui of those looking at samples: “I’m Lenny, this is Joel. To you we’re Gods. You’ve got thirty-five seconds to entertain us. Joel hasn’t smiled in eighteen years. Go!”

The book is rounded out with assorted one page gags, and some shorter tales. The best of them is by Scott Shaw, which depicts Grandpa Simpson’s horror as he stumbles into a memorabilia fair, although elements duplicate the gags in Glasberg’s tale. The remainder focus on Principal Skinner in Vietnam, a horror story at the Kwik-E-Mart and Jimbo Jones as the town rebel.

This doesn’t match Simpsons Comics Extravaganza, but is a solid collection for Simpsons fans.