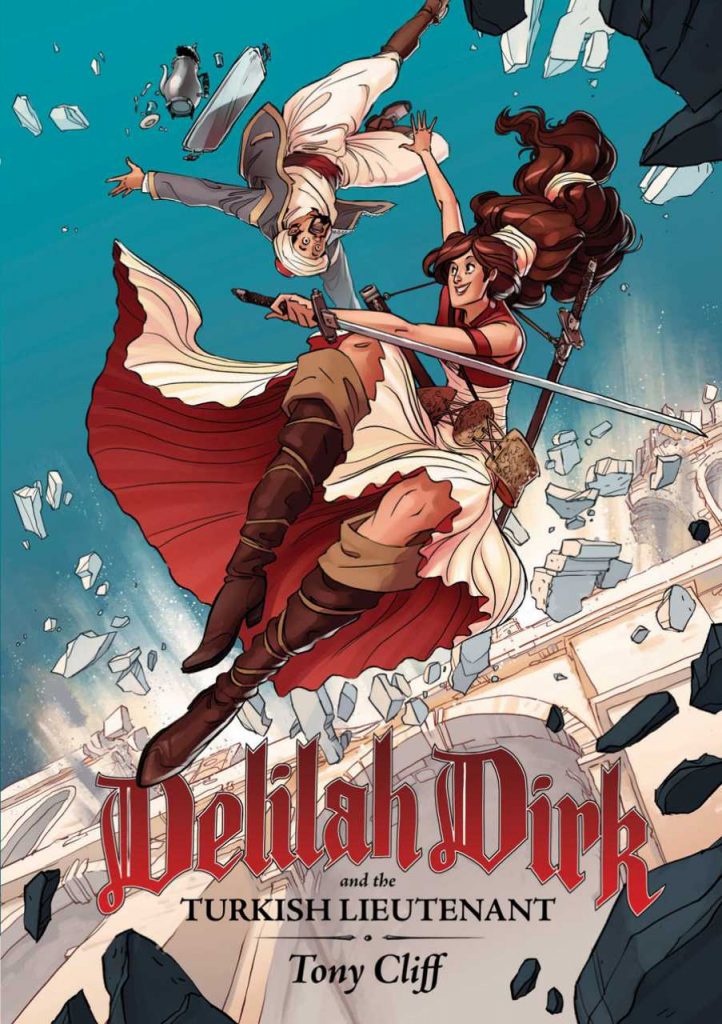 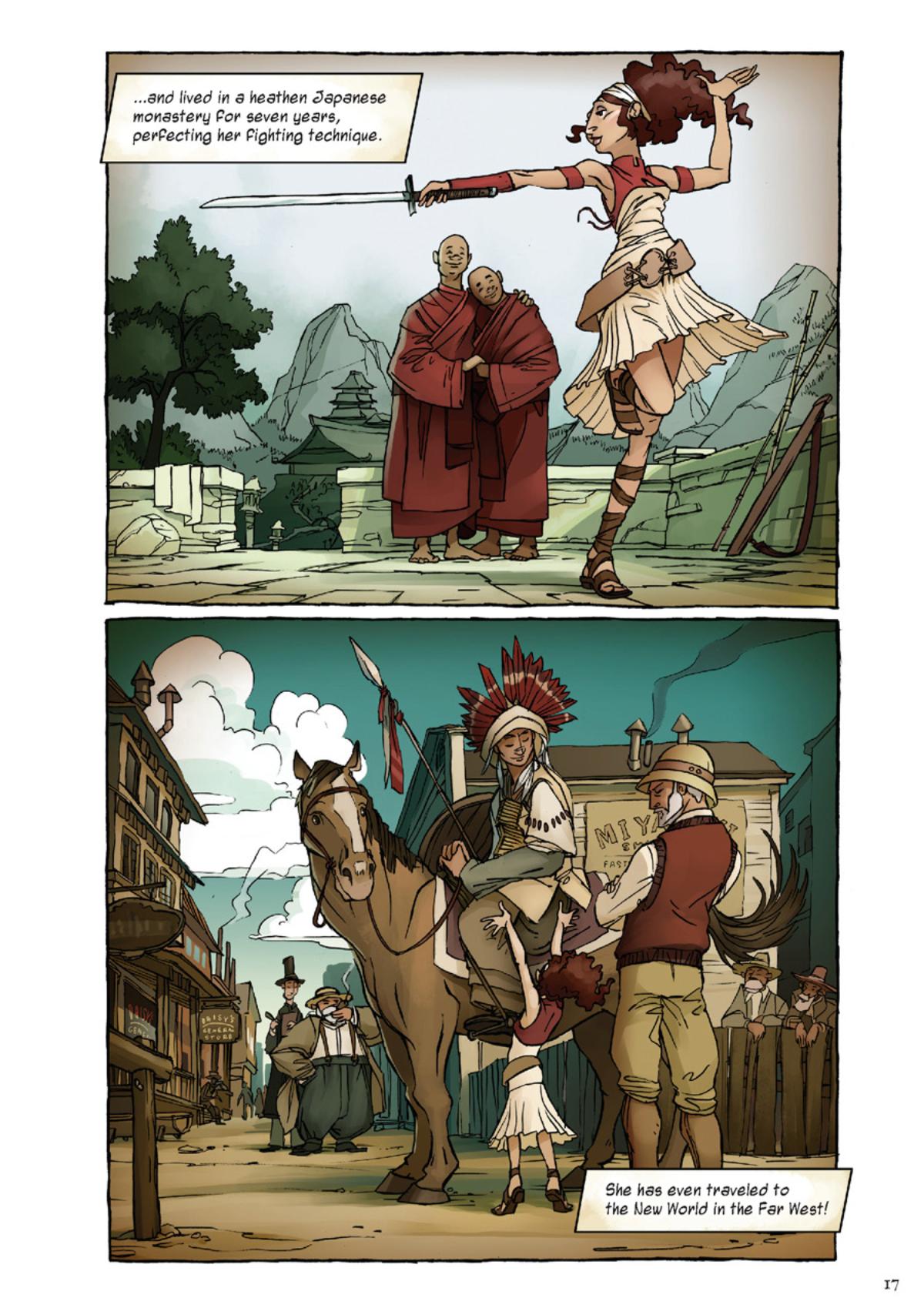 As explained in a charmingly long-winded manner, Delilah Dirk is the greatest adventurer of her age, possessed of skills, knowledge and sheer chutzpah enabling her to come up trumps in any situation. We first meet her in Constantinople, 1807, jailed in the Sultan’s palace from which she intends to steal some ancient parchments. It’s assumed much of the conjecture about her capabilities is mere rumour, but Selim transfers his allegiance, and learns that she does in fact have a flying boat, and so a classic buddy relationship is founded. Delilah consistently confounds Selim and he remains loyal from a combination of admiration and curiosity. Just what will Delilah do next? “What’s the signal?”, he asks, “Me shouting go, go go, Mr Selim!” is the response.

Tony Cliff comes to graphic novels via the world of animation, where Delilah Dirk will soon be transferring, but he adapts extremely well to a pictorial world not requiring such intense continuity from illustration to illustration. A few sequences extended a little beyond their comic equivalents betray his origins, but those same origins are also responsible for the attention paid to design, movement and location. He’s not made life easy for himself by setting his story in the seas around the Turkish coast, but brings the area to life in a glorious way, the immense detail ensuring we believe these are places where people live and work. He also establishes personality via non-verbal methods, a glance here, a gesture there, as Delilah and Selim come to know each other better. A shame of this series is that it’s published in First Second’s standard small paperback size, when the art cries out for the space to breathe and would look even more splendid at European album size.

Cliff has a great storyteller’s instinct, laying out adventurous plans, ensuring they go wrong, then coming up with equally imaginative solutions. Indiana Jones would appear to be an inspiration, but the setting and Delilah’s upbeat personality ensure the differences are far greater than the similarities. Likewise, a few quibbles such as the rom-com ending being strained or no real explanation for the flying ship are trivialities compared with the enjoyable romp on offer. The book switches scene with each of its four chapters, and while there are connections, the effect is four different adventures of what’s a charming partnership. You’ll want more, and you’re in luck because up next is Delilah Dirk and the King’s Shilling.