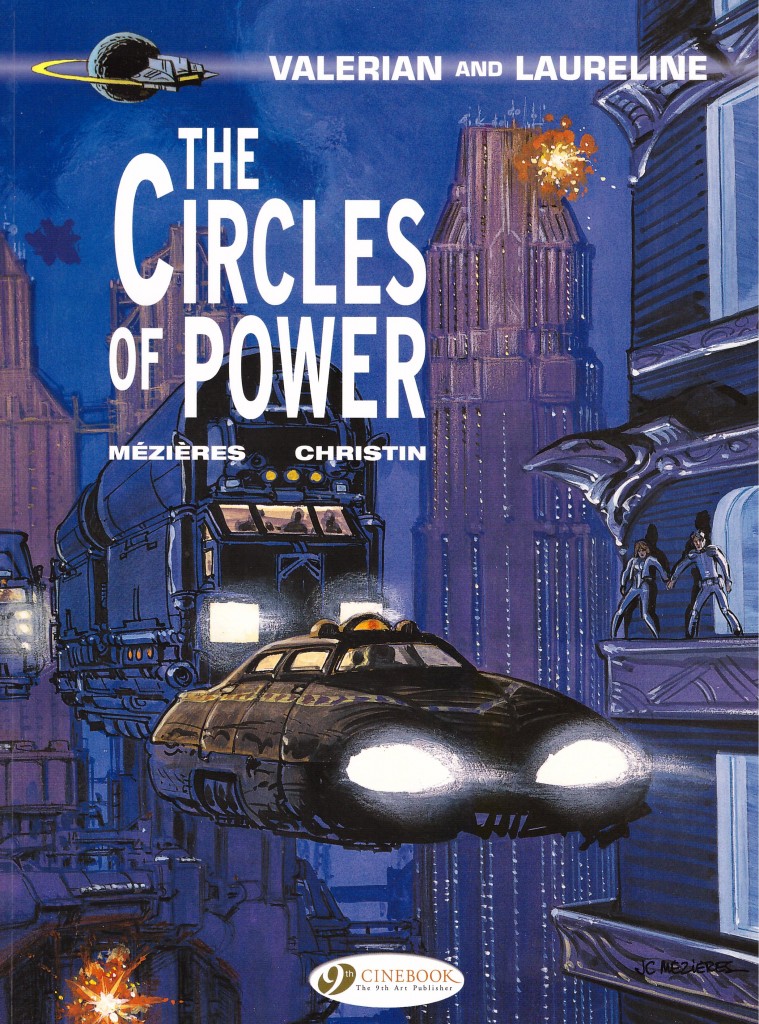 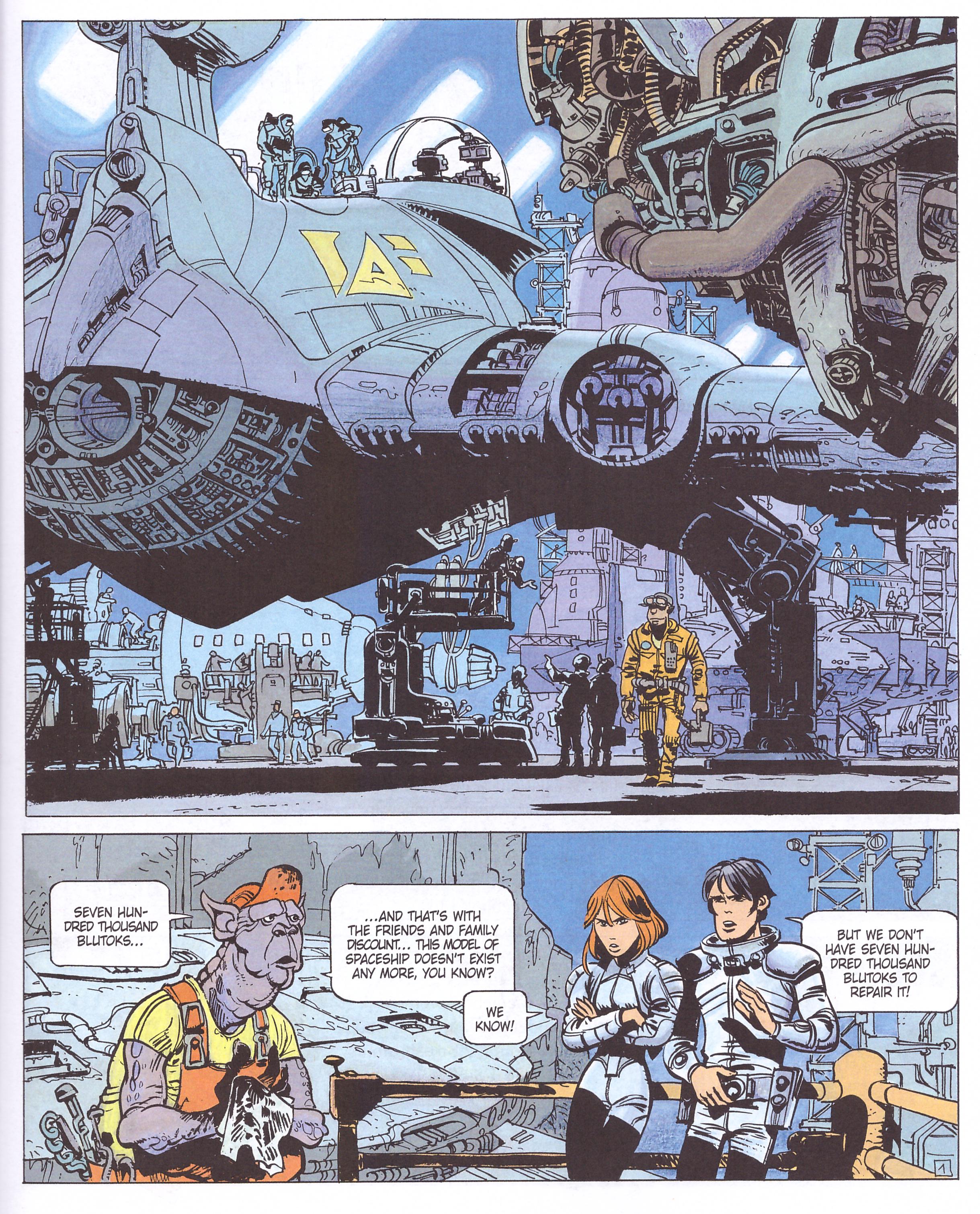 After the fiasco of the The Living Weapons Valerian and Laureline find themselves in possession of a spacecraft needing extensive repairs and no money to pay for them. Fortunately the Shingouz are on hand, having already cooked up a deal with the corrupt Rubanis police chief Tlocq. He needs information from the increasingly secretive Fourth Circle, an area of the planet from which all the orders are issued. He no longer knows who’s issuing them.

The Circles of Power is Christin’s satire on establishment complacency, with a few ecological comments thrown in. The ruling elite of Rubanis have become entrenched and atrophied, and that’s left a power vacuum for someone with ambition. However, the entire society is so riddled with corruption that there’s no certainty about which misinformation is true any more, and under those circumstances how can treachery flourish? Christin amuses himself with such riddles throughout. We’ve seen Commander Tlocq before, and what seemed to be a throwaway distraction during The Ghosts of Inverloch is now a central plot point as Christin revisits several of his previous characters and introduces an excessively gung-ho taxi driver along with the wonderful idea of the Phoom Moroniser.

The cover scene that Jean-Claude Mézières provides is moody and atmospheric, but symbolic as what it depicts doesn’t occur inside. Before this album was created in 1994 Mézières spent time working on The Fifth Element with director Luc Besson, the Circles of Power being crafted when the film went on hiatus. Several design elements from it ended up forming areas of Rubanis, and the idea of a flying taxi cab driver features in the film as eventually released. If the trick to hooking an audience is with a spectacular opening page, Mézières achieves that and far more (see sample image), and his world building throughout is impressive, as are the visual effects seen late in the book.

Farce is really the order of the day, as the deceit is so transparent that no-one can be believed, and Christin’s all-purpose snitch is wonderfully designed by Mézières, slimy and untrustworthy from his first appearance. After the comparative disappointment of The Living Weapons, The Circles of Power isn’t a leap back to the best of Valerian and Laureline, but it’s very enjoyable, generating plenty of smiles, and the art is a wonder to behold. Next is Hostages of Ultralum.

This had earlier been available from iBooks with a different translation, combined as The New Future Trilogy with On the Frontiers and The Living Weapons.