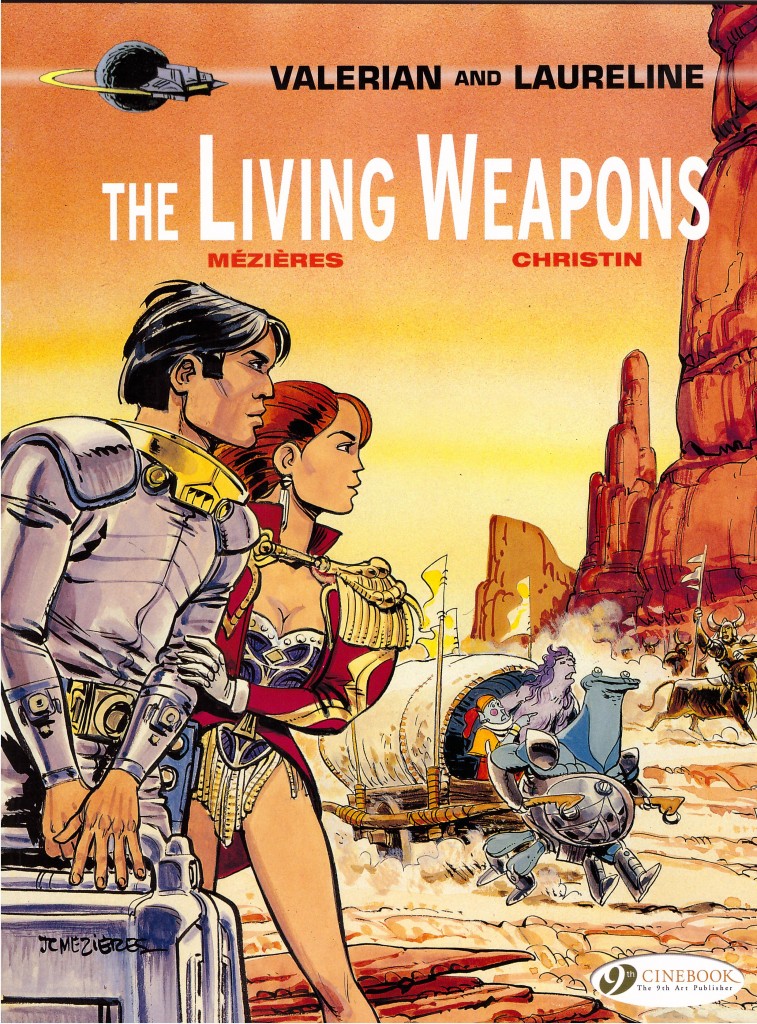 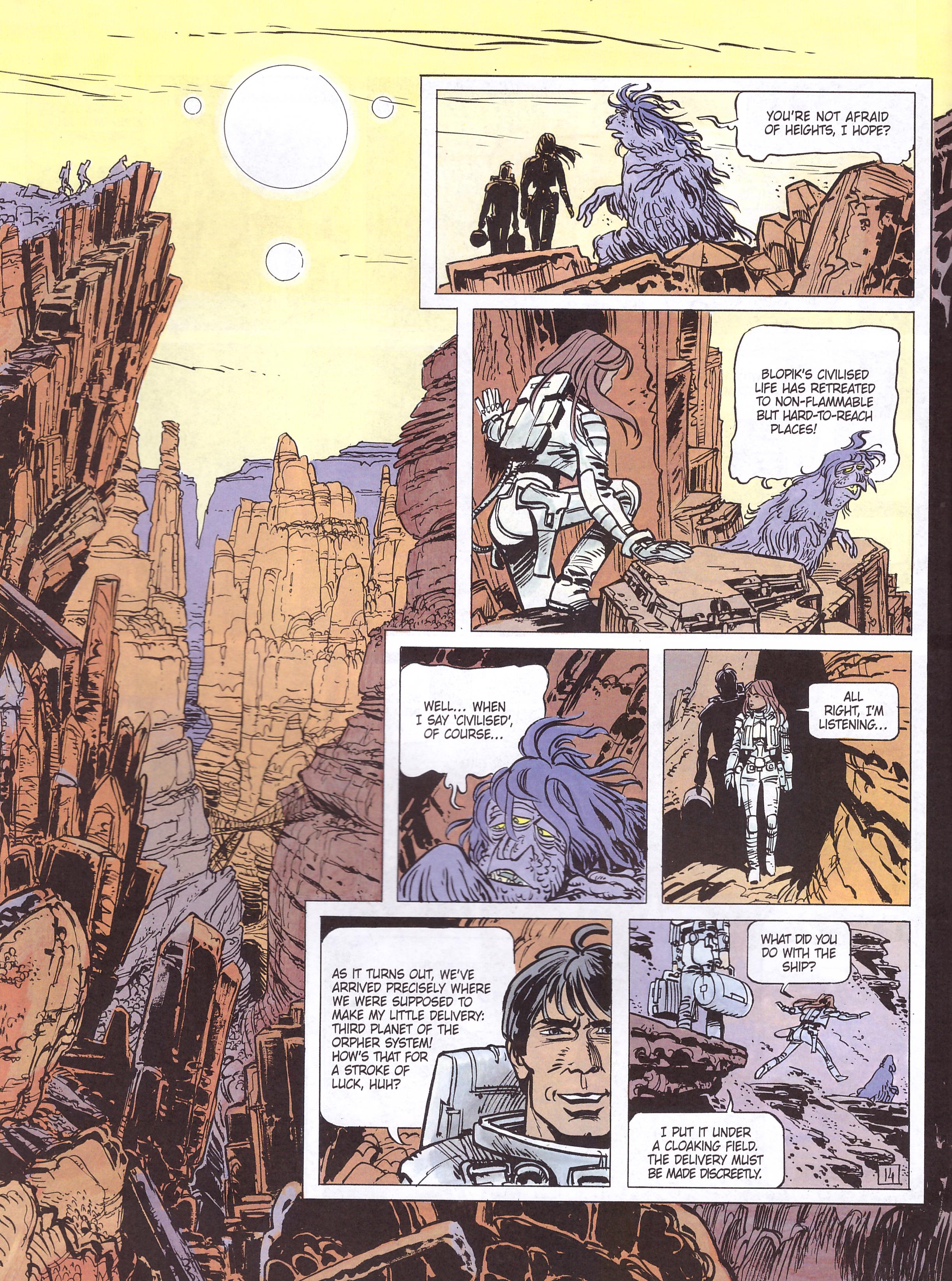 With reality as they knew it readjusted in The Wrath of Hypsis, Valerian and Laureline are no longer employed, and so have to make ends meet by taking on missions for whoever will pay what they consider a worthwhile sum. That’s how Valerian ends up bringing a Schniarfer to Blopik.

It’s a minor planet, with two civilisations engaged in a long-term war that damages each equally, yet its perpetuated in preference to sorting out their differences. Pierre Christin’s satire on late 1980s world politics is equally relevant today, just in a more fragmented fashion. That, though, isn’t his priority, just a peg on which to hang his whimsical adventure. As ever, he’s very creative in coming up with new aliens to serve his narrative purpose, and supplies a good bantering relationship between Valerian and Laureline. After the melancholy and the shocks of the previous half dozen albums, however, The Living Weapons is a step backward to earlier and not as fulfilling times. The adventure is there and keeps us guessing, and the plot works, but it’s relatively simple and the surprises are few.

If Christin’s script disappoints, then there’s no such problem with the art of Jean-Claude Mézières. A notable strength has always been designing new forms of alien, and he triumphs again with the contrasting members of a failing acting troupe and an obnoxious alien who’s a grey bundle of spite. The plot also calls for herds of centaur like creatures, but horned and stupid rather than the noble mythical creations, and they’re very effective in silhouette. Elsewhere there are the usual interesting effects and fully detailed landscapes we’ve come to expect.

The Living Weapons has its moments, but it’s too few ideas stitched together with too little wonder. Up next is The Circles of Power.