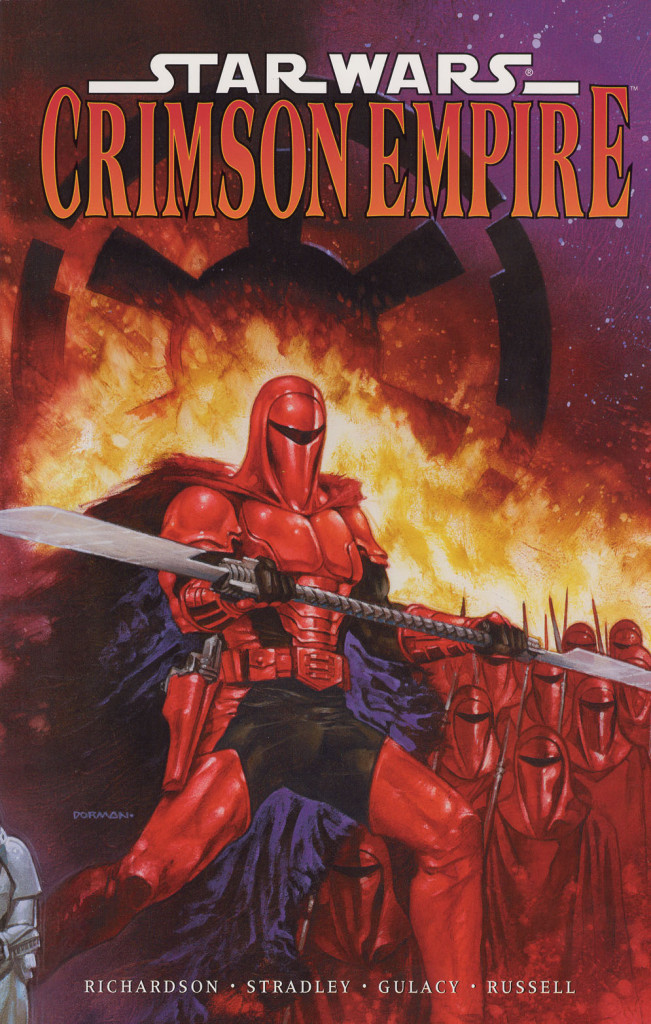 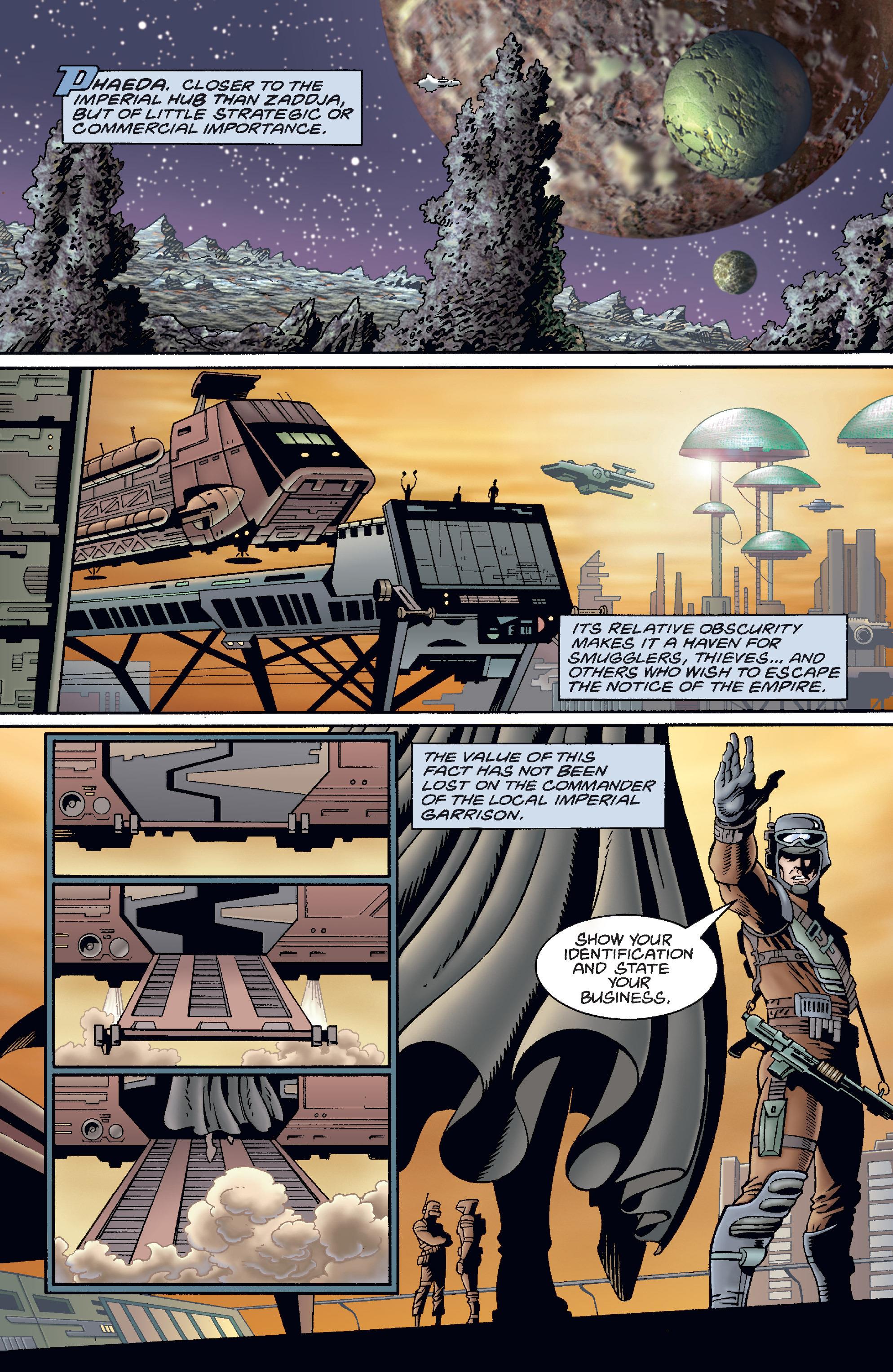 Kir Kanos is the last of Emperor Palpatine’s royal bodyguard. He has sworn an oath to see all collaborators dead, starting with Carnor Jax, the former bodyguard turned would-be Emperor and the leader of the Imperial Ruling Council he plotted Palpatine’s downfall with. That’s why Kir Kanos is the most wanted man in the Galaxy, the noose tightening as corrupt officials and captains move quickly to keep Imperial eyes off their clandestine operations and cash in on the massive bounty. Kir Kanos is a dangerous foe, chosen from the elite troops of the Empire and then forged in the fires of the Squall for the sole purpose of protecting the Emperor. Then Mirith Sinn, a Rebel commander, helps him escape Imperial forces and they become fascinated with each other’s code of honour. Yet Mirith stands for the Republic and Kanos is conditioned to do one thing – serve the will of the Emperor, even a dead one.

In the time that Dark Horse shepherded the Star Wars franchise, they crafted interesting stories that enriched the source material and added to its appeal. Crimson Empire is a prime example, writers Randy Stradley and Mike Richardson taking an obscure background figure to create a complex and interesting character. Thought evil by association with Palpatine and sworn to avenge the Emperor and his fallen comrades, Kir Kanos has a strict code of honour and ethics that doesn’t prevent him mercilessly killing enemies, but also compels him to defend an enemy to repay a debt or prevent injustice. He is an absolutely fascinating character and the plot, with its blend of intrigue, betrayal, and emotional turmoil set at a good pace, makes for great reading. The story lags a little when building connections with the Rebels and from a compulsion to insert cult figures from the film franchise.

Penciller Paul Gulacy utilises his imagination to add excellent detail to the various planetary landscapes, star cruisers and space battles that, with the help of inker P. Craig Russell, carry an edge of realistic grittiness to them. Kanos and Carnor Jax are particularily well depicted, Kanos having a rugged sense of danger to him. Another stand-out is Jax’s henchman Blim, who feels slimy and dangerous despite looking non-descript.  The action sequences are generally excellent, in particular an epic duel that was much lauded on publication in 1998 and still retains its magic. That can’t be said for all the artwork, Mirith Sinn in particular not getting the same attention as her male counterparts. She sounds and feels like she should be beautiful but her features don’t occupy the attention. The proportions of other characters are off in certain places, and the artistic style now feels typical of its era when stood out well at the time.

Richardson and Stradley’s use of a perspective that doesn’t think in terms of good and evil, is a good tactic, with the worldview being a complex sense of duty. That adds a different dimension, one that highlights the humanity of the players rather than presenting a simple Dark Side versus Light Side concept. The clever ending leaves the story open and continues in Crimson Empire II: Council of Blood. This volume is also collected in The Crimson Empire Saga hardcover and there is also a hardcover version of Crimson Empire for the Star Wars: 30th Anniversary Collection. Digital editions are available, both cheaper and easier to come by than paperbacks. 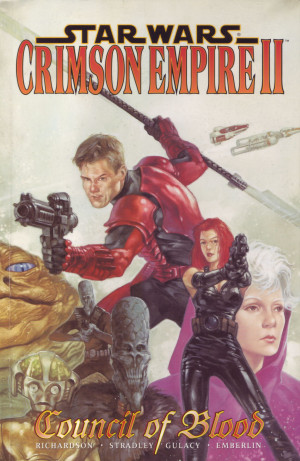 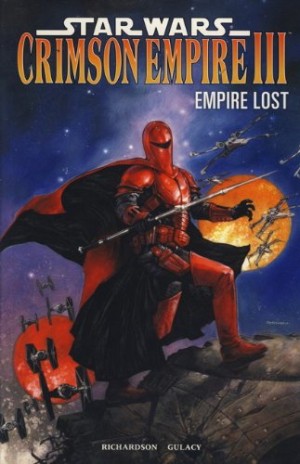