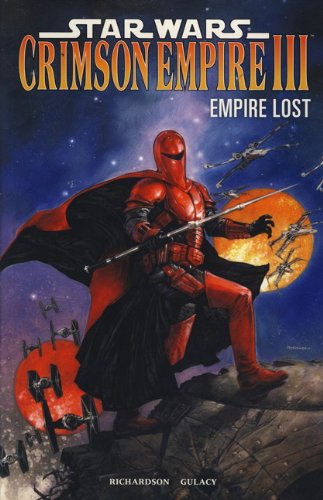 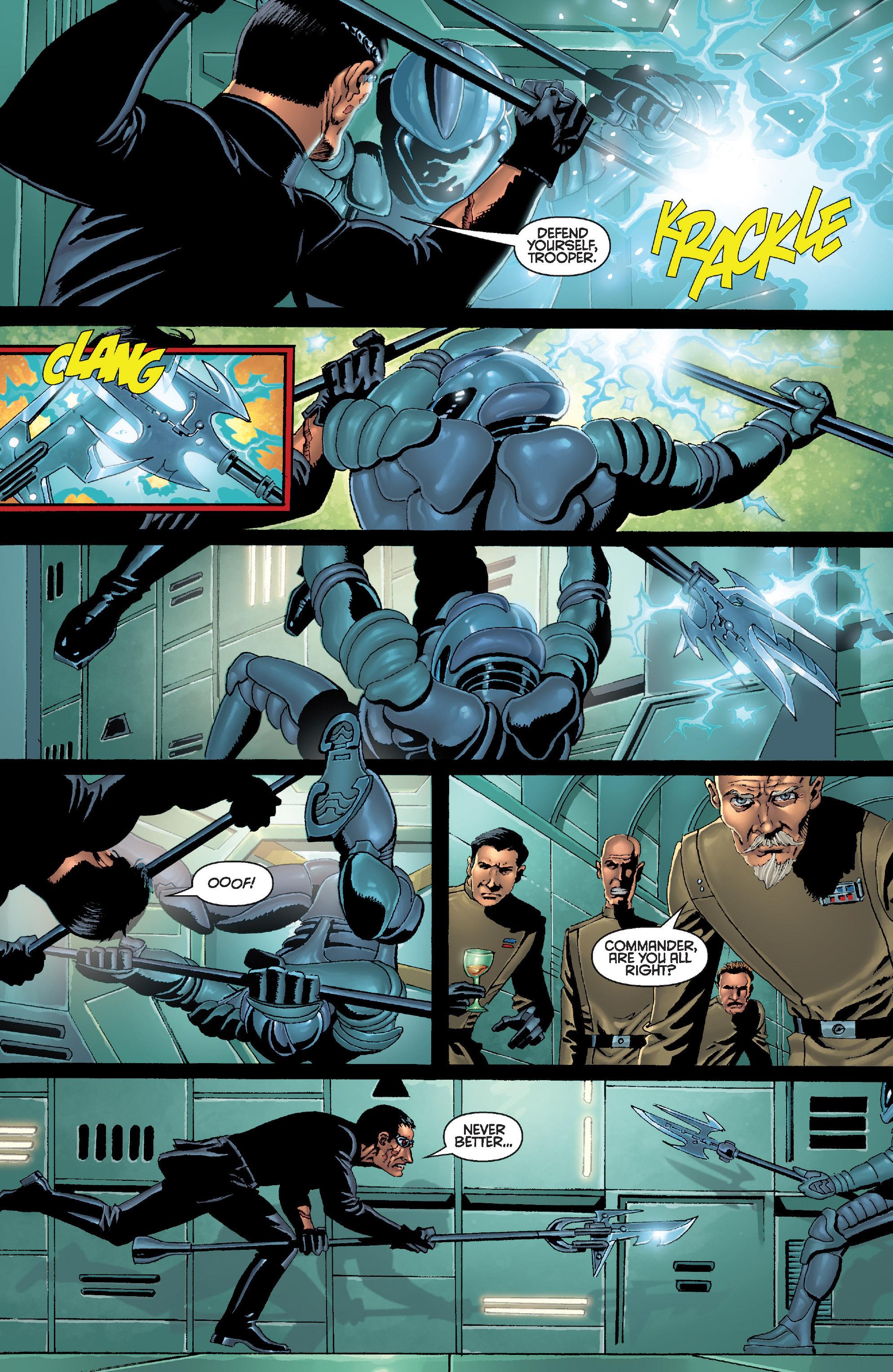 Two years have passed since the events in Council of Blood, and Mirith Sinn has been promoted to Chief of Security for the New Republic’s Head of State, Leia Organa Solo. She is very aware that Kir Kanos will be coming to settle debts with the Skywalker family for their role in the Emperor’s demise. Kanos now has the funds to start the next stage of his plans when he unexpectedly becomes the poster boy for the Restored Empire, a splinter group of hardline Imperial forces set on restoring the Empire as Palpatine envisioned it. Their leader Devian, a former henchman of Palpatine, values the mantra of ‘Rule by Force’ but Kanos is not convinced it’s so simple anymore. Now he has to decide if he holds to his oath or goes to the only other person he trusts – Mirith Sinn. Either choice looks likely to end in death.

Empire Lost is an improvement on its predecessors in different ways. Published a decade after the first book, Paul Gulacy has adopted a more modern art style with the added benefits that technology brings with it. The full page scenery with which he impressed now has even more detail, and Merith Sinn possesses that blend of ability, strength and beauty Gulacy could never quite capture in previous volumes. The battle scenes were always an asset of the series and it’s no different here, the action enhanced, but still bearing Gulacy’s distinctive style. Now writing solo, Mike Richardson’s story flows better and engages better while maintaining the ever interesting characters. This is a big improvement on Council of Blood, which had great ideas that didn’t quite fit together. The plot still follows predictable lines, a fault of the Star Wars formula that has worked to a greater or lesser degree for forty years. Predictability means the story isn’t quite as good as the first outing, but it is very entertaining.

Crimson Empire has produced some interesting characters, plus a fascinating history for the Emperor’s Royal Guards. Some, like Mirith Sinn, have not quite reached their full potential yet, while Kir Kanos is one of the most interesting characters produced since Vader and Boba Fett. Richards and Gulacy still stoke the fires of the imagination. All three volumes, including one-shot stories and tie-ins, are collected in hardcover in The Crimson Empire Saga.