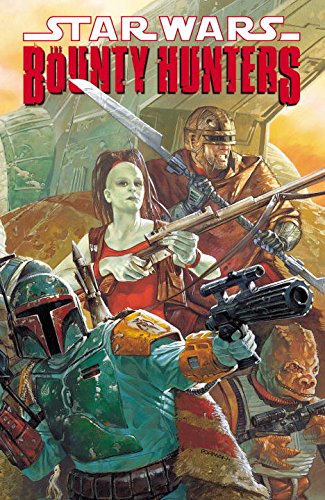 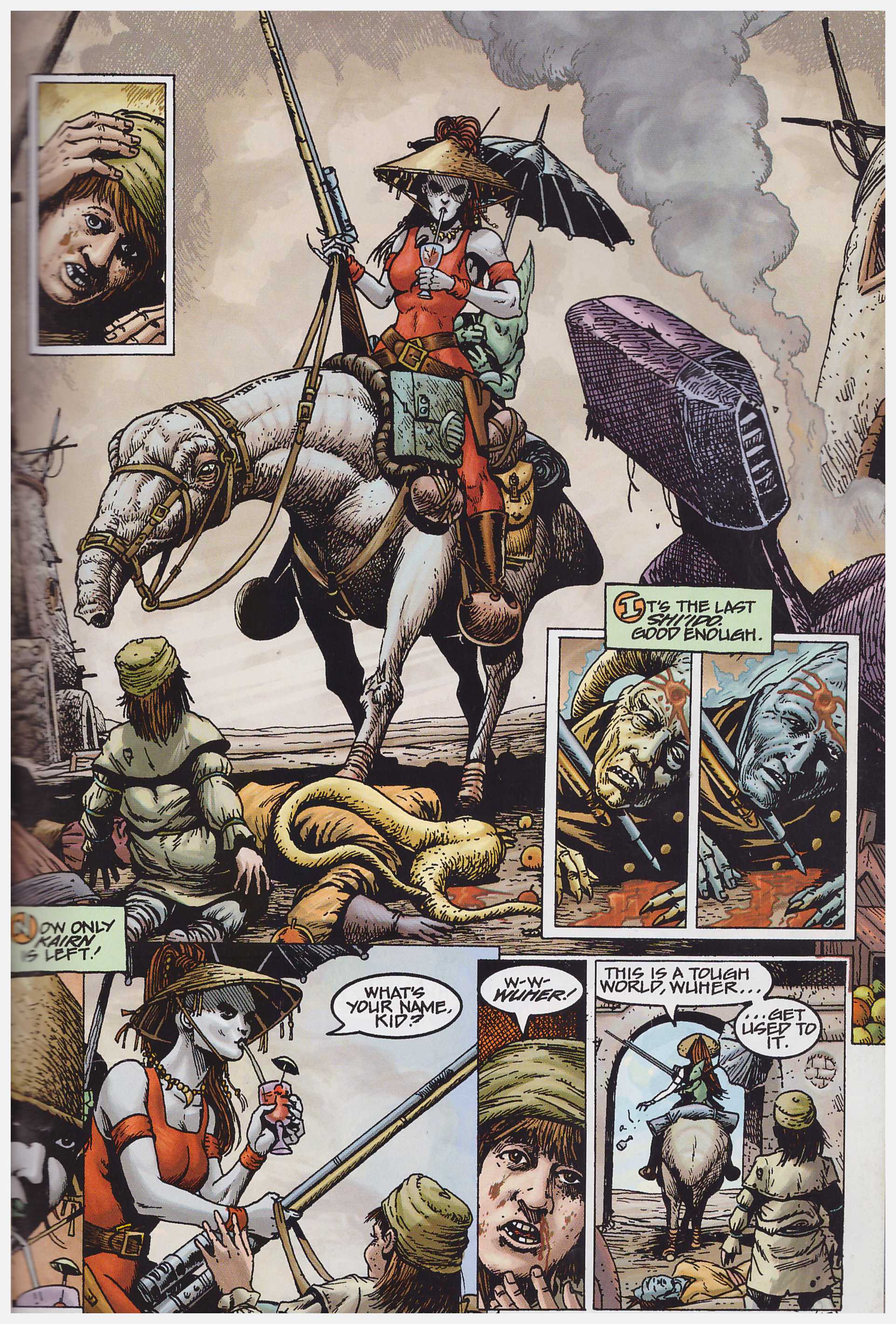 This anthology gathers what were previously issued as one-shot comics with a fourth story originally serialised in three parts. It’s patchy.

Tim Truman is by far and away the class act, combining a functional plot and imaginative art (see featured image) in his tale of Aurra Sing having to hunt down not only a target, but also his two imposters. Truman supplies a decent, if not unpredictable, twist, but what really raises this so far above the remaining content is that he really goes the extra mile in laying out his pages in a novel fashion, creating an array of exotic aliens and beasts, and providing other-worldly detail.

Compare that with the slapdash work of Mel Rubi in the following Landro Calrissian story. It’s illustrated in a gurning cartoon style, and Rubi barely bothers to provide anything other than figures and the sketchiest of backgrounds. Mark Schulz’s accompanying script has some charm and wit, and the art drags it down. We’re left to imagine how good it might have been if illustrated by Schulz himself.

That’s followed by the slightly longer Boba Fett tale, the work of writer Andy Mangels and artist John Nadeau. This art is also largely background free, but Nadeau’s page designs are far more interesting than those provided by Rubi. Mangels has the germ of a good idea, and the opening works well, but the script never grabs the attention much afterward. He does provide one chilling insight, though, as someone remarks to Fett it’s no wonder he never shows his face. He turns to the speaker and from within his helmet chillingly intones “This is my face”.

The final feature is Crimson Empire’s Kir Kanos, temporarily adopting the alias of Kenix Kil for a purpose revealed by Randy Stradley as the plot plays out. As was the case with Truman’s work, the more astute will figure out some of what happens before it occurs, but the character is well placed within the scenario, and Javier Saltares sustains the action and tension.

Used copies of The Bounty Hunters are now very cheap, and there’s a case to be made for picking it up on the basis of Truman’s work alone.