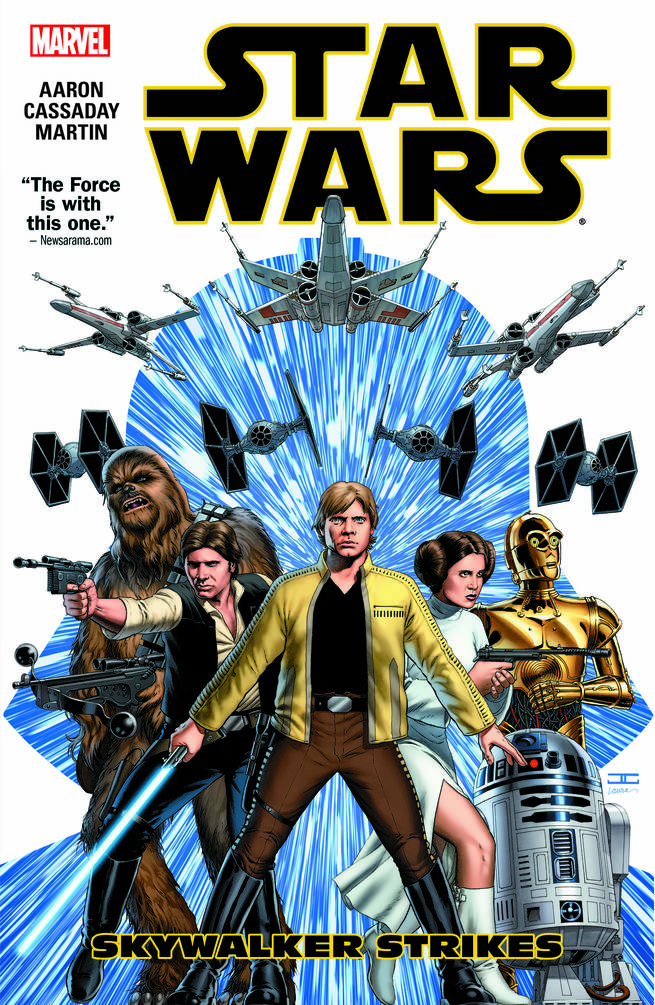 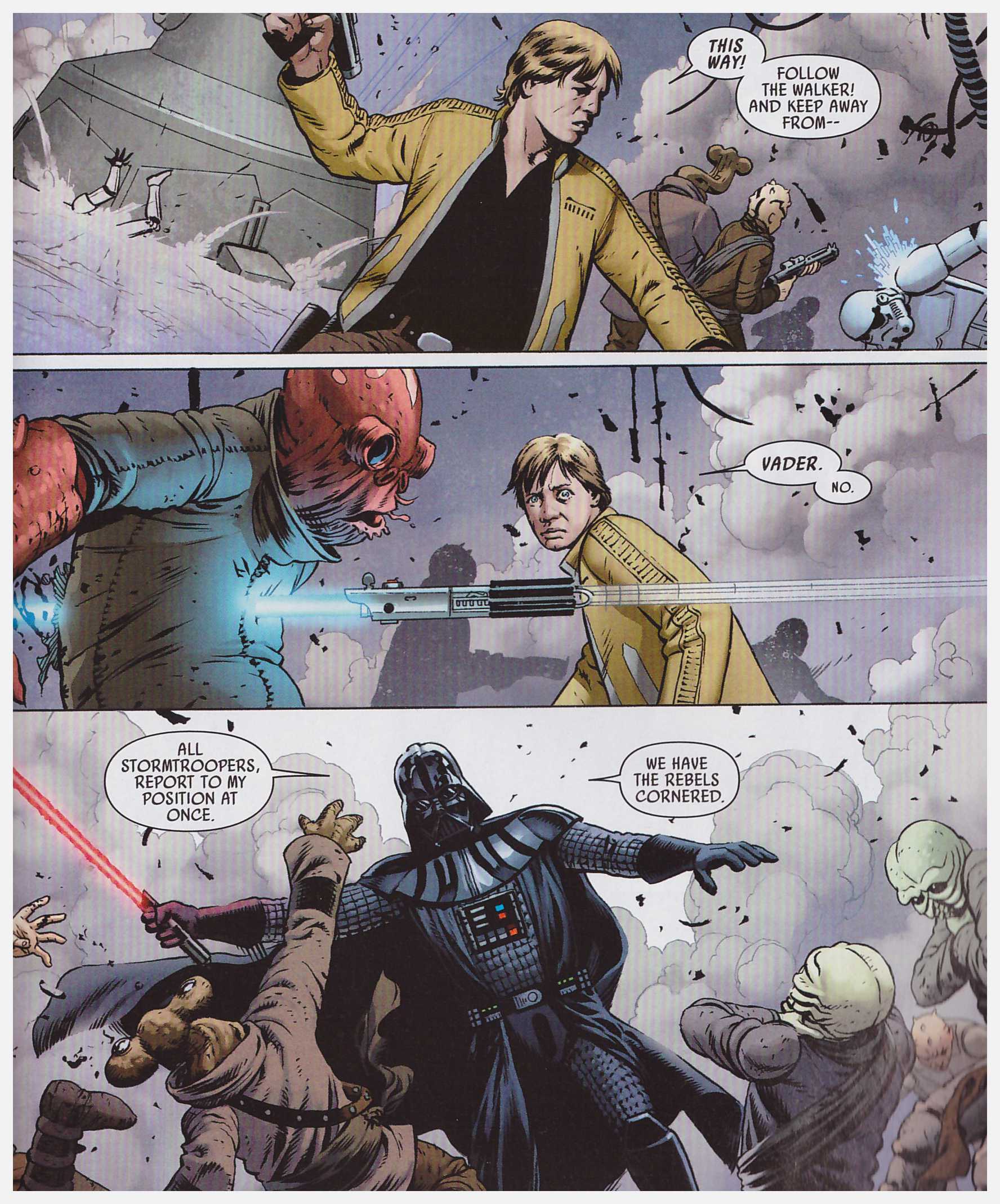 With the Star Wars franchise back at Marvel due to Disney owning both companies, Jason Aaron and John Cassaday drew the plum assignment of handling the old school Star Wars.

Yes, this is the classic cast of Luke, Han, Leia, R2D2, Chewbacca, C3P0 and, naturally, Darth Vader in full effect. In continuity terms it’s set in the fertile period between the conclusion of A New Hope (bye bye Death Star) and before The Empire Strikes Back. It’s a prolonged timespan already used to good effect by Archie Goodwin and Al Williamson in the Star Wars newspaper strip (reprinted as Classic Star Wars), and Aaron wastes no time gathering the major players.

This is at a major weapons manufacturing plant where the administrator is expecting to host talks between a representative of the Empire, and one negotiating on behalf of Jabba the Hut. The latter will be supplying much needed raw materials. The talks don’t go to plan, as the rebels have firstly intercepted Jabba’s representative, and the Emperor’s man is Darth Vader.

Aaron’s plot is hampered somewhat by the fates of all involved being known in advance, but he’s skilled, and supplies the necessary widescreen moments for John Cassaday to illustrate. This includes a novel method of attacking Darth Vader. Cassaday’s art can feature stiff figures, and the occasional pose is a problem as he concentrates on maintaining cast likeness. He goes the extra mile in doing this, attempting to ensure faithfulness in every panel rather than the tested method of one large facial image per page with a lot of shadow on the remainder.

The set-to on the weapons facility is only half the book, though, and Vader decides to negotiate directly. He’s quite the card: “Give the Emperor what he wants and he will allow you to live. That concludes the negotiations.” Even someone as powerful as Vader, though, has to be careful in unknown territory with the resources commanded by Jabba, and it doesn’t prove as simple as he intended.

While that’s taking place, Luke meets feared bounty hunter Boba Fett when attempting to retrieve something from Tatooine, and Han and Leia’s trip doesn’t quite go to plan either. What happens to them sets up the next volume, Showdown on the Smuggler’s Moon.

It’s readily apparent that both Aaron and Cassaday are really enjoying the opportunity to work on the characters, and while there are few surprises, the sheer exuberance of the presentation carries the day. It’s difficult to imagine any Star Wars fan being disappointed.