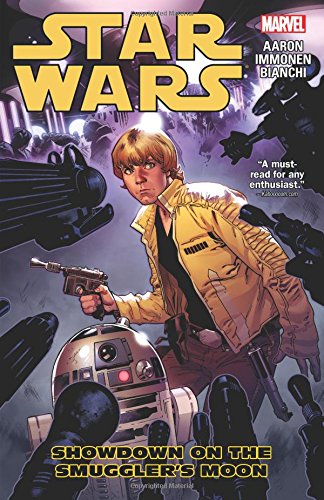 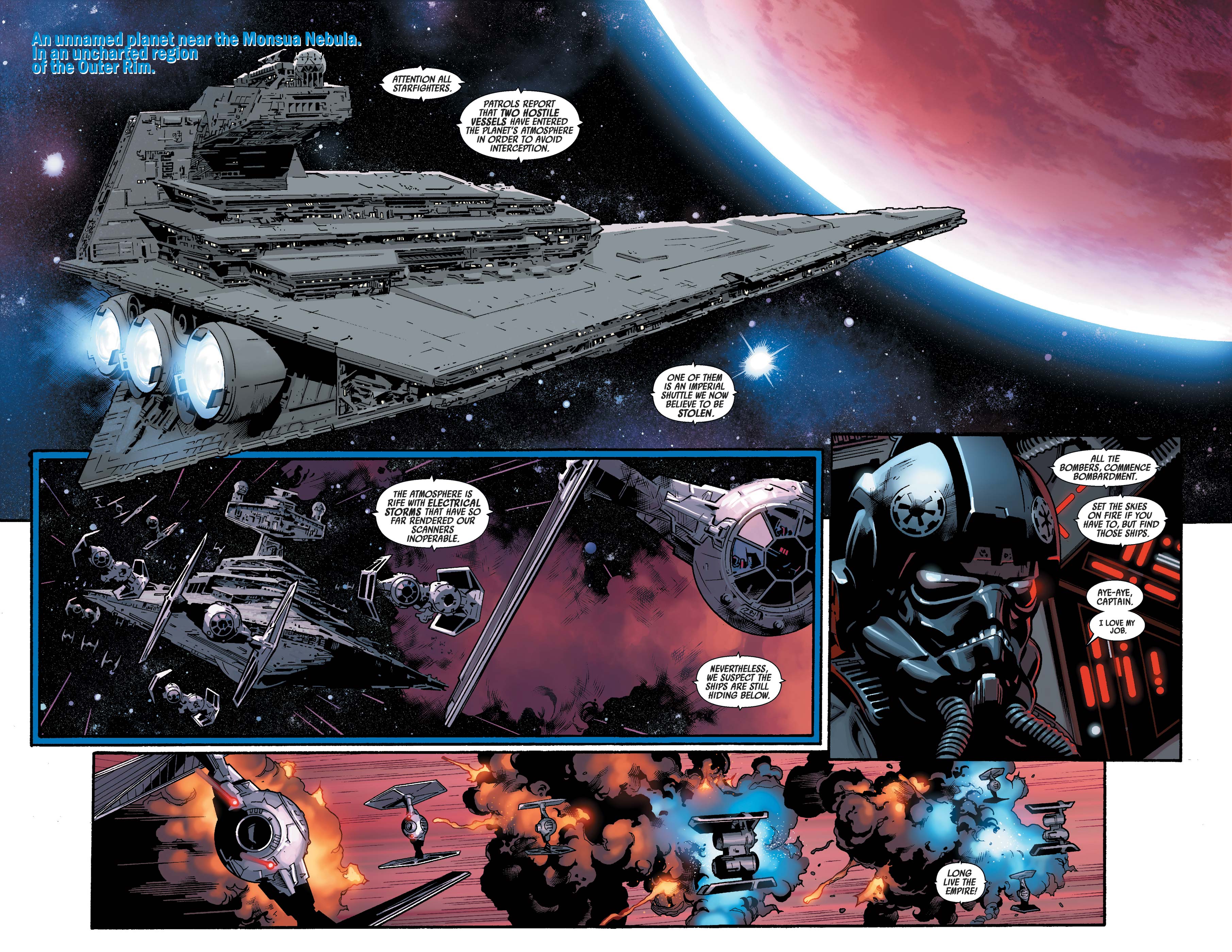 Over the years Marvel’s track record with licensed properties hasn’t always been sparkling, with a lot of coasting on their brand name rather than concentration on a compelling product. Any concerns this would afflict their lead Star Wars series, definitively named by just the franchise, evaporated with Skywalker Strikes. Jason Aaron, more known for grittier material, proved he had the required light touch, and John Cassaday’s art was widescreen. Would there be a sophomore slump?

In that opening volume Luke Skywalker retrieved the journal of his mentor Obi Wan Kenobi, and Aaron puts that to good use by introducing what now has the potential for a regular feature as Luke consults the journal. Editorially it’s a no-brainer, permitting guest artists, and spotlighting a popular character otherwise not available during the era in which the series is set.

We’re introduced to Obi Wan Kenobi already on Tatooine hiding from the Empire’s forces, the cost of which is not involving himself to protect others. “As hard as it was to become a Jedi, it was even harder to stop being one”. As in all good tales of this nature, we know he can only suppress what he is for so long before being provoked into righteous action, and our expectations are met. It’s impressively drawn by Simone Bianchi, but while entertaining, it doesn’t match the remainder of the book.

The bulk of this is illustrated by Stuart Immonen, and as good as he’s been previously, Star Wars appears to be the feature he was born to draw. Just look at his opening spread (sample image) as a statement of quality, and there are plenty more equally amazing and cinematic. Pity poor Wade Von Grawbadger having to ink all that detail. Immonen’s likenesses are excellent, his layouts spectacular and his storytelling first rate. Make the most of it, though, as he throws everything into this book and isn’t around for the next, Vader Down.

Han and Leia were rather lost toward the end of the previous book, but they shuffle back on stage here, being held at gunpoint by a woman claiming to be Han’s wife. Aaron’s script perfectly captures the bantering relationship between Han and Leia, portrays Leia as the capable woman she is, and throws in some excellent surprises for Luke as well. The miracle he pulls off is sustaining the tension despite every fan of the feature being more than familiar with how the future plays out for the main characters. Aaron sets up an excellent finale, and if you study those backgrounds closely enough you’ll surely discover Immonen has included the kitchen sink.

If Star Wars gets any better than this it will be some treat. 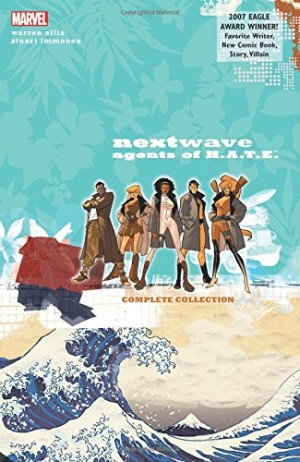