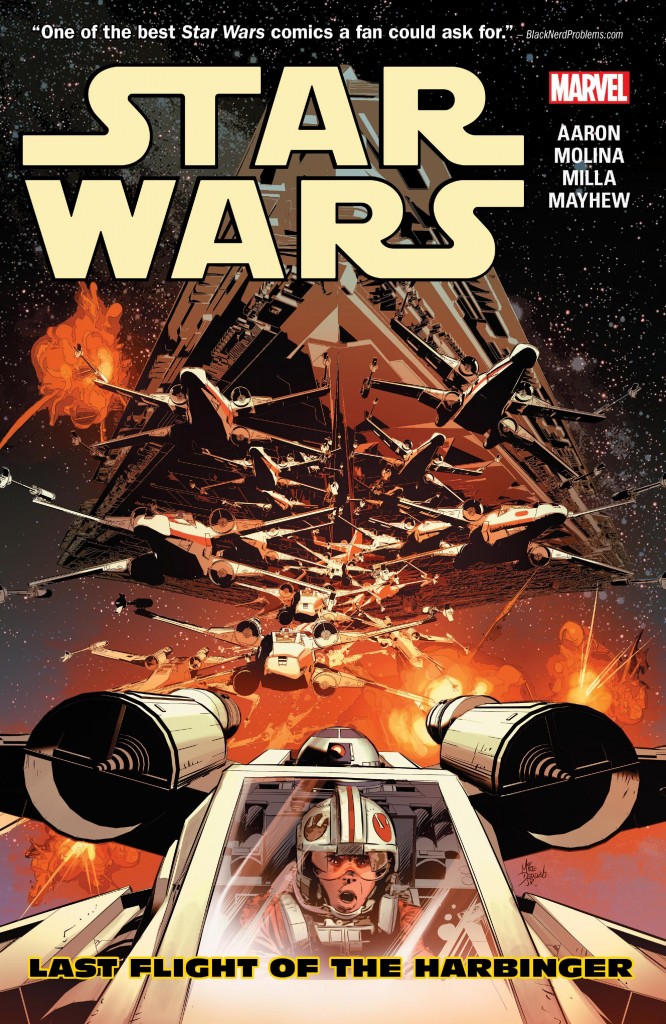 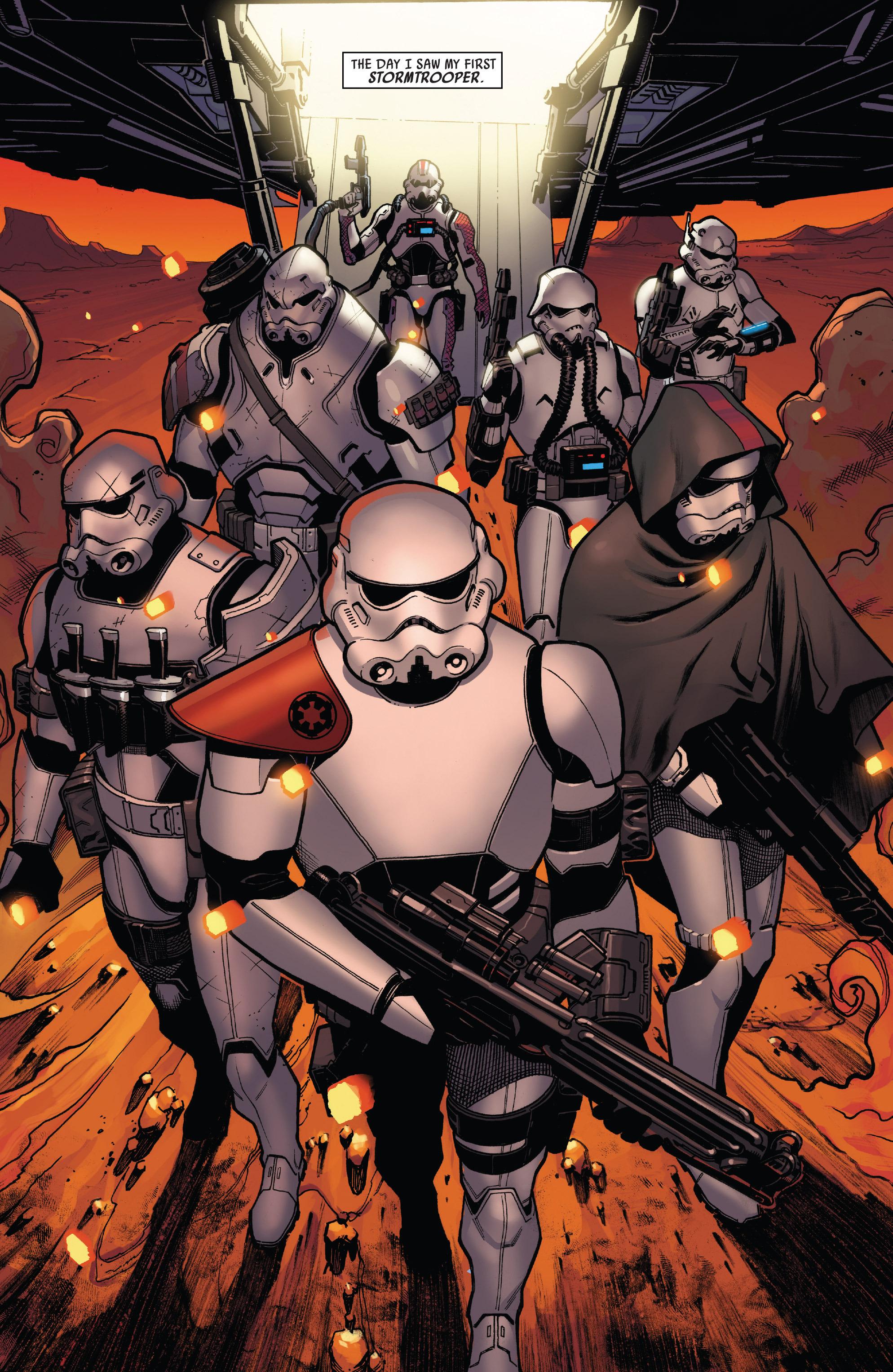 As has been the case for every volume of this Star Wars series bar the first, Last Flight of the Harbinger opens with a story set in the days when Obi Wan Kenobi was watching over an unknowing young Luke Skywalker on Tatooine. However, Jabba the Hutt has now caught wind of matters: “Cold-blooded killers beaten senseless. Hardened war droids battered with giant rocks. Yet no-one saw who did it.” He’s sent the fearsome wookie killer Black Krrsantan to settle the score, which results in a taut thriller illustrated by Mike Mayhew in photo-realist style. Obi Wan has good reason for not revealing he’s a Jedi, yet this may hamper him fatally when dealing with a fearsome opponent. It’s a lovely story completely in tune with the spirit of the 1970s movies.

Jorge Molina takes over the art for the title feature and continues the tradition of the amazing art the series has seen to date. It’s as if every artist getting the assignment has been waiting their entire career for a crack at Star Wars, and the effort they put in exceeds even their usual professional standards. In some places Molina’s not quite as good as his predecessors when it comes to the cast likenesses, although that never greatly impacts.

Jason Aaron opens his main story with a clever study in contrasts, as a group of storm troopers raid a rebel stronghold. It’s efficient and merciless, but what ranks this a cut above is the narrative from their sergeant, a man who was freed from his repressive backwater world by storm troopers and his gratitude manifests as an absolute loyalty to the Empire cause. The Harbinger is an Imperial destroyer targeted by the Rebels, which is an ambitious course of action, and it’s but the beginning of a plan to free a planet under siege from Imperial forces.

Perhaps just like the artists, Aaron’s been waiting his entire life to write Star Wars, because he’s not put a foot wrong to date. He supplies all the thrills and twists of the movie period he’s covering, and his character construction is also first rate, with the bickering relationship between Han and Leia very well handled. There are so many small touches to admire, such as the way in which a reactor is repaired, and these are in the midst of a plot where he’s accelerated the danger to the point where any escape seems impossible, and yet… Aaron does short change on the droids this time, but to compensate there’s a short strip by Chris Eliopoulos that’s an all-R2-D2 spectacular.

There are barely any connecting threads to the previous Rebel Jail, so no need to worry about continuity when picking this up to enjoy a great Star Wars adventure. To date there’s a major character who’s remained unseen, so the next volume being titled Yoda’s Secret War certainly whets the appetite.