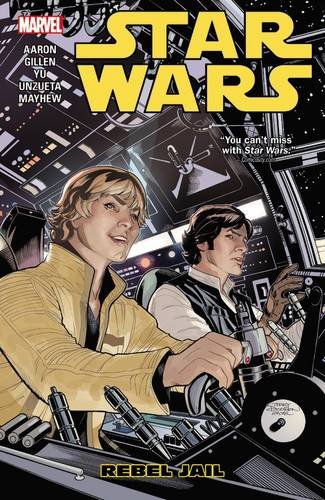 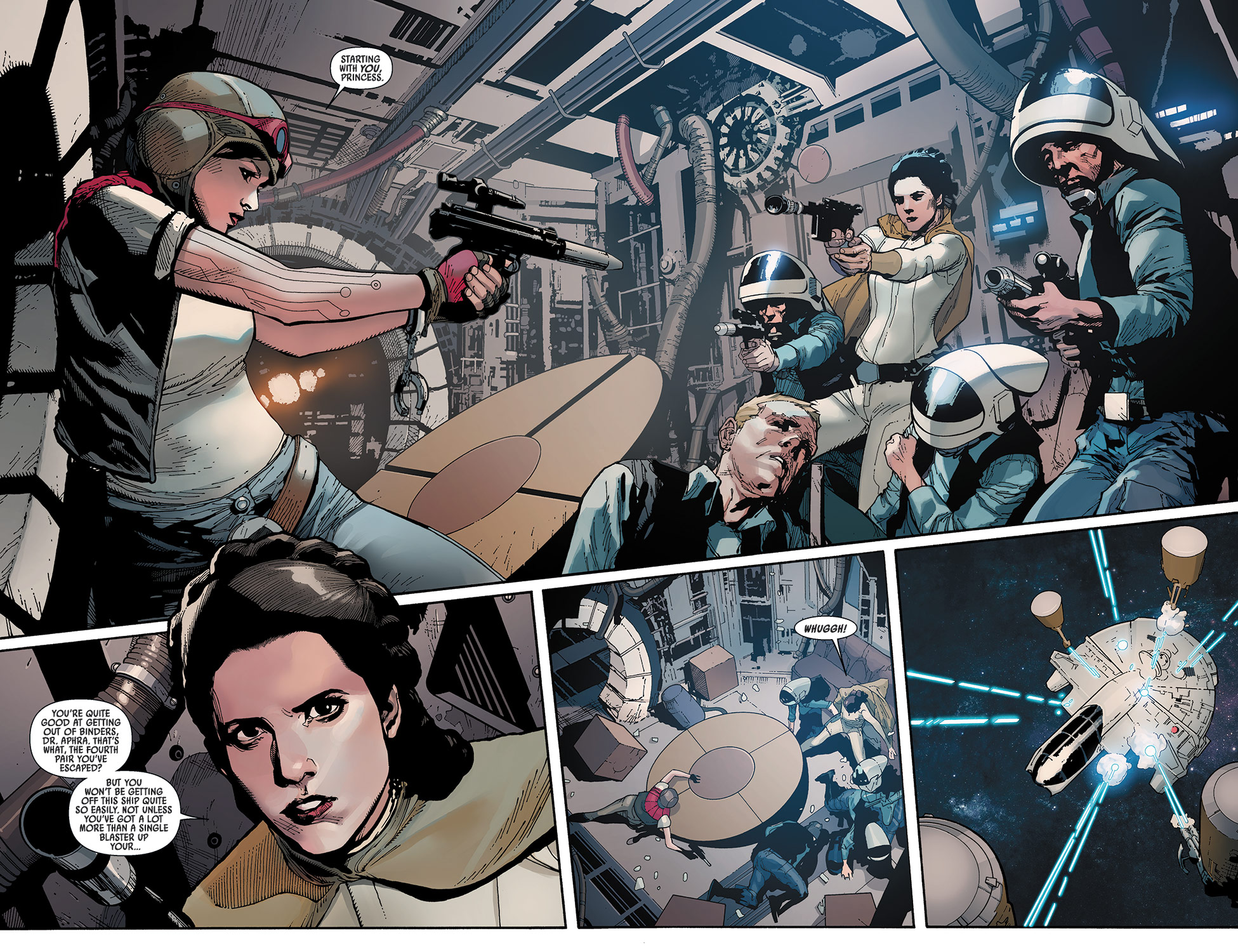 Although considered volume 3, Rebel Jail actually follows the Vader Down crossover rather than volume two, Showdown on the Smuggler’s Moon. This begins with another extract from Obi Wan Kenobi’s journal, which is Jason Aaron’s method of having his cake and eating it. Setting his stories in the period between A New Hope and The Empire Strikes Back renders Obi Wan Kenobi off limits as far as interaction with the remaining cast is concerned, but by relating stories from his journal Aaron can ensure this version of Star Wars is all-inclusive.

We drop back in on the young Luke Skywalker learning to fly a tie fighter, unknowingly observed by Kenobi, aware of Luke’s greater destiny and concerned his adventurous personality will lead to a fatal derailing. It’s illustrated by Mike Mayhew making considerable use of visual reference. Depending on your appreciation you’ll either consider this excellent near photo realism or overly static and posed. He’s good with cast likeness of Ewan McGregor and a convincing younger version of Mark Hammill.

The legacy of Vader Down has been the transfer of Vader’s weapons specialist Dr Aphra from his graphic novels to the cast of this one, and she’s the way into the title story. It makes sense that the rebel alliance would want to keep some captives alive, and Dr Aphra’s among them, although the case for others isn’t as clear: “They called him the Depopulator because when they dropped him in the middle of enemy village he left nothing behind but the buildings. And usually those were burning”. Aphra’s lack of co-operation opens a discussion of the ethical differences between the Empire and the rebels, and that comes to dominate the proceedings as keeping foes alive and imprisoned isn’t to everyone’s taste, which shifts the discussion from the theoretical to the practical.

The art is very much recognisable as that of Leinil Yu, but he’s smoothed off his customary grittiness to provide what’s a greater commercial appeal for a franchised cast. Droids feature heavily, and Yu’s designs for them are great, lived in and battered, and his likenesses are also first rate. He’s a bit looser when it comes to the involvement of Han and Luke on a separate mission.

Mayhew’s back to illustrate the final chapter, which bookends matters by looking back in on Obi Wan Kenobi as he confronts the threat shown as the opening chapter concluded. Kenobi’s been doing well protecting Luke from the dangers of Tatooine, but a targeted attack by a wookie is on an altogether different scale.

Rebel Jail is first rate Star Wars, but doesn’t quite match the previous books. This is largely due to the secondary engagement of Han and Luke, which comes across as what it is, marking time until the pair are required to play their parts in the primary plot.