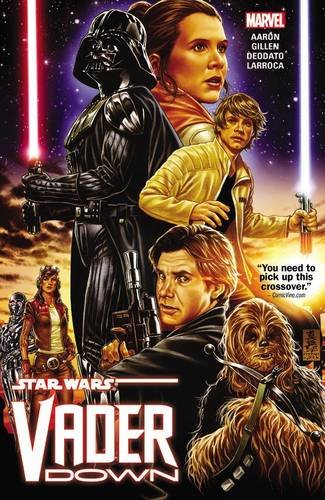 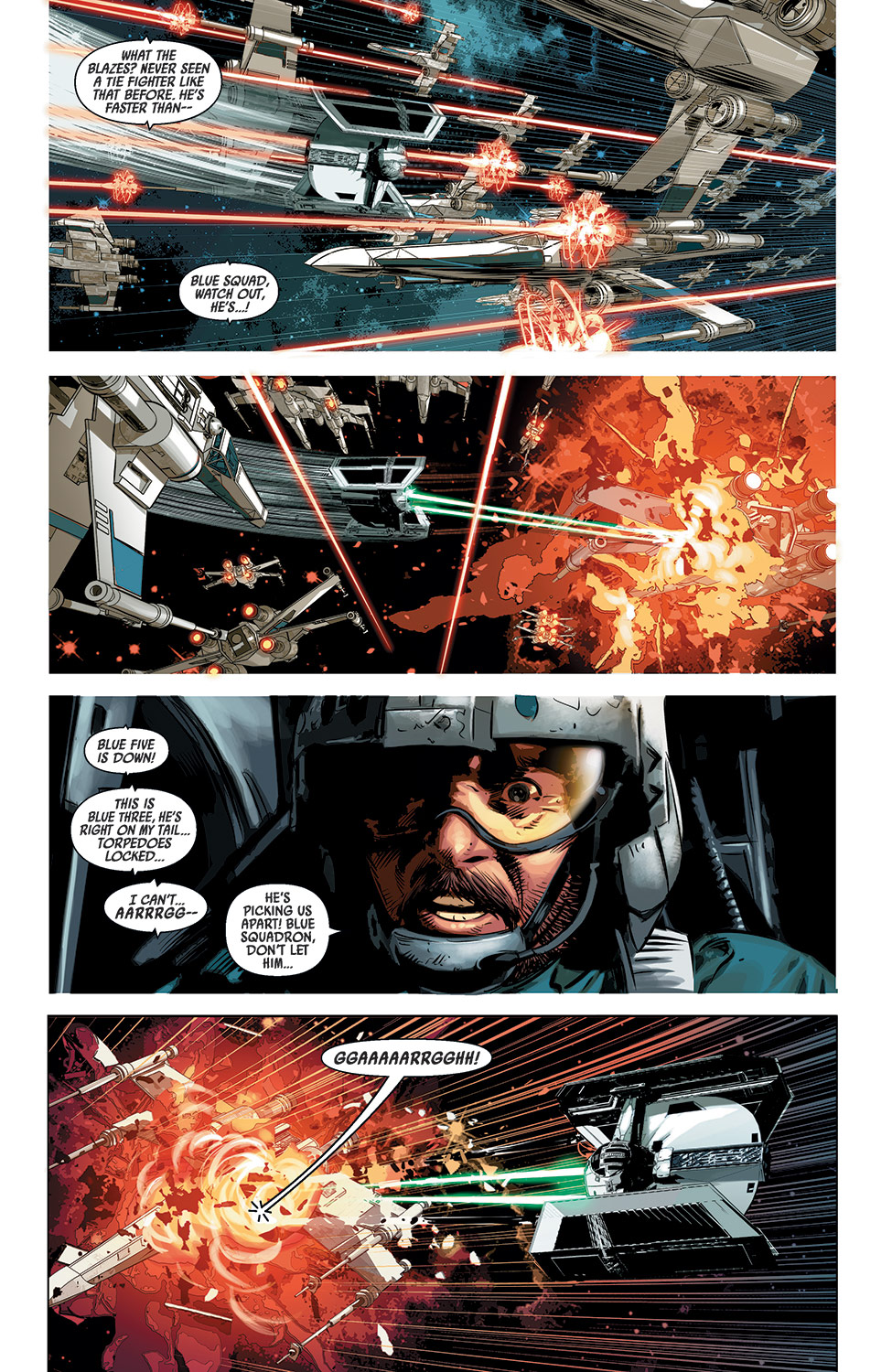 Darth Vader’s presence in the main Star Wars title has been restricted on the basis that he’s also carrying his own title, and Vader Down is the sum of the parts.

When last seen Luke Skywalker was attempting to come to terms with his Jedi heritage in Showdown on Smuggler’s Moon, and as seen in Darth Vader: Shadows and Secrets, well aware of who Luke is, Vader has engaged the services of adventurer Dr Aphra to track him down. She’s a female equivalent of Han Solo, and her services to Vader are rendered covertly, as he’s keeping his mission to locate Luke from the remainder of the Empire’s hierarchy.

We open with a spectacular space battle in which a single fighter occupied by an immensely talented pilot sees off an entire squadron, illustrated by Mike Deodato in a series of four wide panels per page to accentuate the cinematic effect. The result of the battle references the title, as Vader ends up stranded on a rebel planet. He who’s attuned to the force, however, is never defenceless, as those surrounding him soon discover, and it’s Luke, also on the planet, who first comes a cropper.

Jason Aaron and Kieron Gillen alternate writing chapters but it’s a seamless transition between them as both are equally good with the characters, with Aaron delivering the funnier comedy moments. As this is set in the period between the first two Star Wars films (or the fourth and fifth if you want to follow the internal chronology) there are certain plot routes that can’t be taken, yet this proves little hindrance as the chaos escalates and the fun continues. Aphra’s sadistic equivalents to C3PO and R2D2 are particularly well written, and eventually all the major players are down on the planet, stumbling around after each other, each confident they have the upper hand, only, in most cases, to discover this isn’t the case after all.

Both Deodato and Salvador Larroca deal in a form of graphic realism, and both their action scenes and cast likenesses impress. This is top notch Star Wars, and any fan of the franchise who doesn’t pick it up earns a place on Mr T’s Foo List.

Vader’s continuity continues in The Shu-Torun War, and the remainder of the cast are next seen in Rebel Jail.