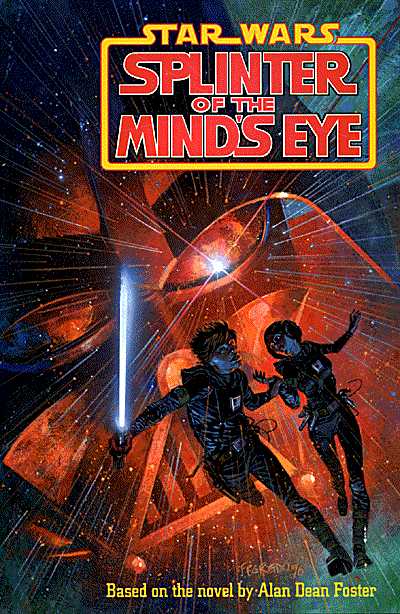 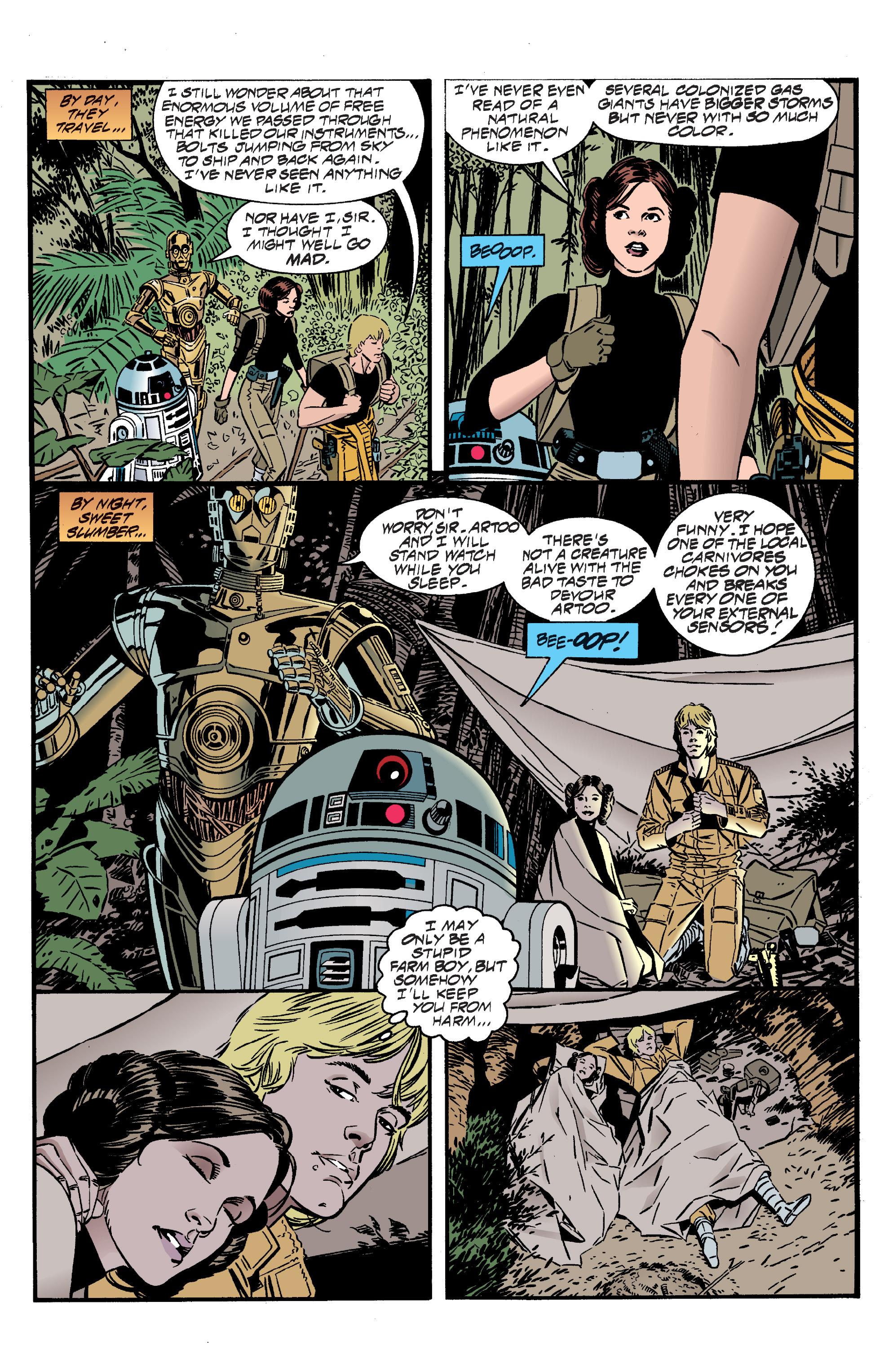 Splinter of the Mind’s Eye was the first original Star Wars novel, published in the wake of the hullabaloo that greeted the first Star Wars movie release. Writer Alan Dean Foster had previously adapted the original Star Trek TV episodes to prose, written stories based on the Star Trek animated series that followed, and ghost written the novelisation of the 1977 Star Wars movie. This is set in the period immediately following the destruction of the Death Star ending that film.

The story begins with Luke and Leia crash landing on a planet and stumbling across a mining complex in service to the Empire, and guarded by Imperial Stormtroopers, so instant danger there. The splinter of the title is a crystal fragment that magnifies the perceptions and abilities of anyone already attuned to the Force, and there’s a danger that the crystal from which it’s been sliced will fall into the Empire’s hands.

When producing this adaptation, writer Terry Austin was aware of subsequent film revelations, so toned down elements of the novel suggesting a sexual tension between Luke and Leia. He paces the plot well, and Foster’s already carried out the hard work of propelling the cast imaginatively from one threat to the next. This, though, includes surprises where all is not what it seems.

Interestingly Chris Sprouse’s usually fluid cartooning is somewhat stiffened by the desire to produce accurate cast likenesses, the problem more apparent with Princess Leia. That apart, the early pages are very strong, packed with detail creating a full environment, but there are places with slapdash figurework, suggesting some pages needed to be rushed. The minor deficiencies are negligible when set against the work Sprouse puts into ensuring the space craft are convincing, and the overall sense of adventure pacing.

The atmosphere generated by the creators is very similar to the Star Wars newspaper strip, where the cast encounter a similar range of strange dangers. Interestingly, there are also hints of the later Indiana Jones movies, with both features drawing on the same pulp fiction and adventure reel sources.

Despite the relative age of the plot, and some items now not being considered canonical, Splinter of the Mind’s Eye offers plenty to enjoy for fans of the original Star Wars franchise.