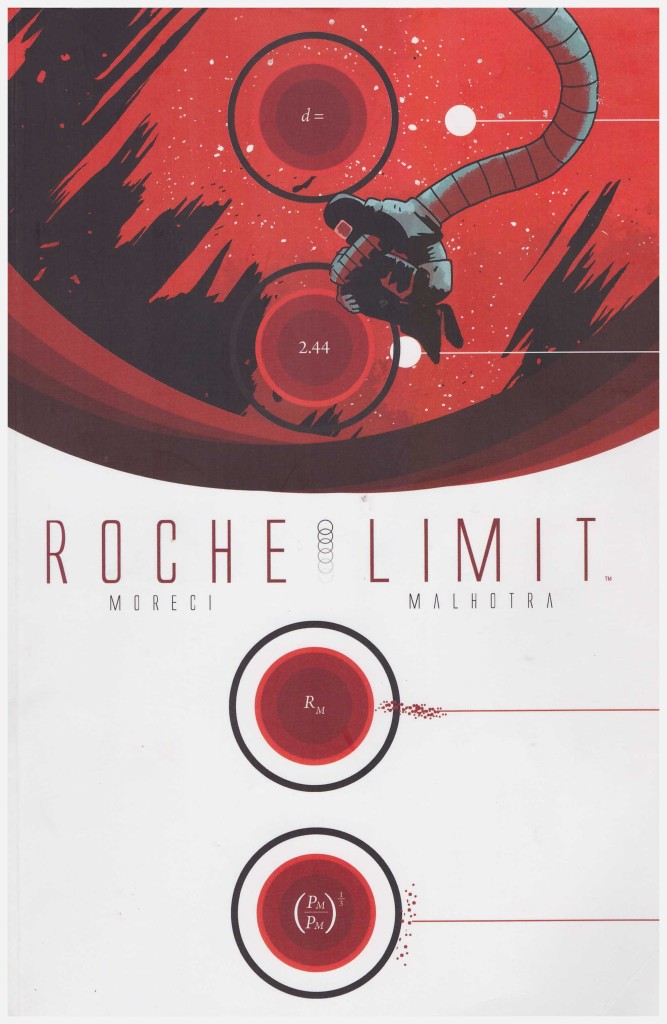 What’s perhaps not the most commercial of titles is a scientific term defining the point at which the gravitational pull of a planet is strong enough to tear apart an orbiting planet via tidal forces. In the story terms it’s an energy anomaly akin to a black hole, but without the all-embracing powerful pull, so while light and energy are consumed, it’s without the disastrous consequences. This safety element permits the construction of a colony, the population now in excess of 10,000, inside a planet known as Dispater. A double page spread explains much of this diagrammatically, a regular feature included in every chapter.

This is all background for what then rolls out as a fairly standard crime story. Well, to begin with at least. Sonya is a policewoman on Dispater to locate her missing sister. When asking questions she’s fortunate enough to run into dissolute drug chemist Alex Ford, who prevents her being carted off to the local ganglord Moscow. He employs some resolutely unpleasant people, and isn’t at all sure what some are up to. Several others with an agenda and secrets are gradually introduced.

Michael Moreci builds his world via the comic content, and text and illustration articles concluding each chapter enlarging the background. It’s a vast and sprawling place, and at times it appears he’s become so enamoured of the location that the plot escapes him. This isn’t the case. The scripting is more problematical. A lot of his narrative captions are ponderous philosophical pondering, and his dialogue often comes across as explanations rather than naturalistic speech patterns. Balanced against that are the times when the dialogue is very good and the narrative captions are insightful: “If you want to get the truth out of someone, don’t concern yourself with the lies they tell you, focus on the lies they tell themselves”.

Vic Malhotra gives a widescreen view of the cast, but he doesn’t flesh out backgrounds, so panels frequently feature small people in spartanly furnished locations. When he does close in, the people remain indistinct, their character provided solely by the writing, as their expressions lack variety. His influences are obvious, and good choices, but he’s nowhere near matching them yet. What he has learned, though, from the likes of Guy Davis and Paul Azaceta is how to tell a story well. Yet that’s his major strength as he’s unimaginative in his presentation of a society centuries in our future.

Likely assumptions made over the first couple of chapters as to what Roche Limit is disintegrate the further the book progresses. Moreci’s not just been adding items as window dressing, and what seemed ponderous has a great significance as apocalyptic circumstances occur. The way in which these evolve, and how certain influences are filtered, impresses, but what supposed to be the human story at the core never does. Each of the primary cast members has a single defining characteristic, and they don’t move beyond it.

Anomalous is complete in itself, but Moreci should receive some credit for an ambition equal to some within the society he’s created, as this is but a prologue. The series continues in much improved fashion with Clandestiny.