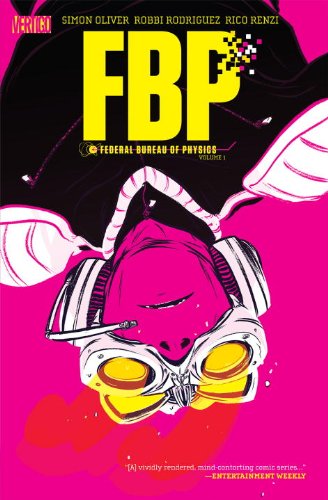 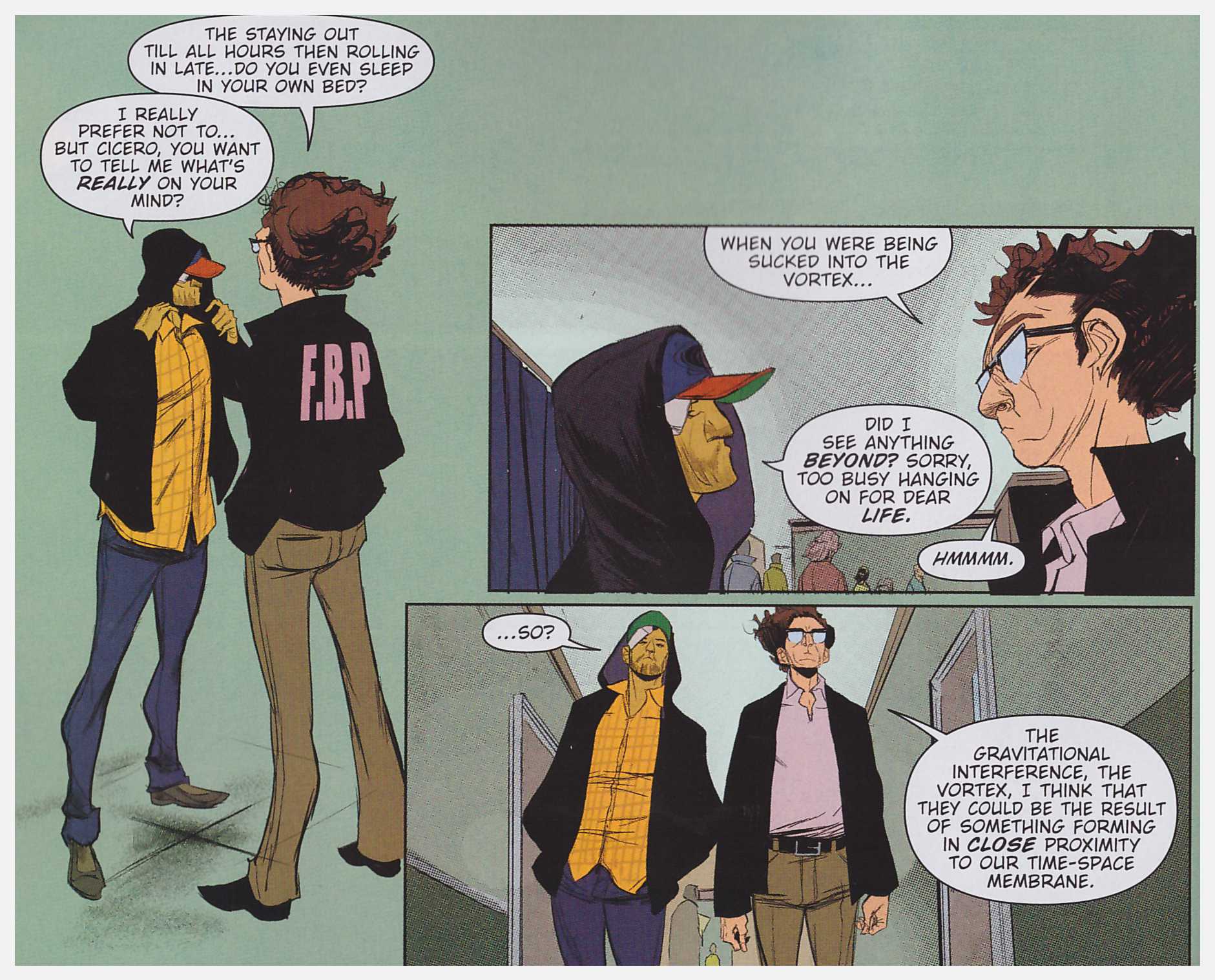 FBP begins with the premise that science has fallen out of whack leading to failures of what have until now been accepted rules. In order to deal with these a Federal Bureau of Physics has been established to contain affected areas, and if possible deal with the problems. Dropped eggs remaining unbroken is no great inconvenience, but a localised absence of gravity has considerable ramifications. As it’s phrased in the opening pages “Given the right conditions, the impossible’s always possible.”

Simon Oliver wrote an oddly compelling offbeat drama in Exterminators, and he uses the same way into the story for FBP, spotlighting working joes in what to them is an everyday environment, but which to others would be a weird world. Take Bubble Dimensions, for instance, worlds just like ours populated with fake people that are likely to collapse in on themselves, and woe betide if you’re still trapped in one when it does.

This isn’t light reading. Oliver takes into account that the science essential to the story (and the technobabble he cossets it with) won’t be accessible to everyone, and pages of explanation are required. He then complicates the narrative further by skipping back and forth in time, and during the two arcs collected here introduces several characters and their backstories. None of them really move beyond the familiar.

Part of this is down to the unappealing art of Robbi Rodriguez. Curiously small heads sit atop stretched necks of people who’re often strangely posed. It may be a deliberate attempt to establish an unsettling environment, but it probably isn’t.

“In nine out of ten time displacement cases the building finds its own way back to standard time”, explains Agent Cicero at one point. Maybe FBP does as well in volume two, Wish You Were Here. 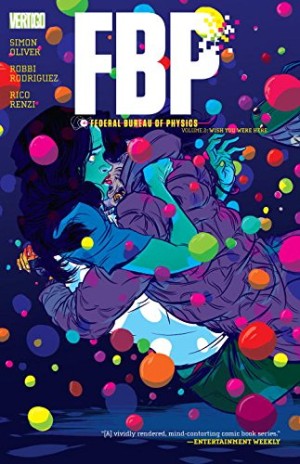 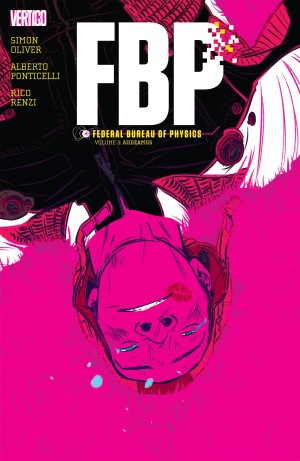 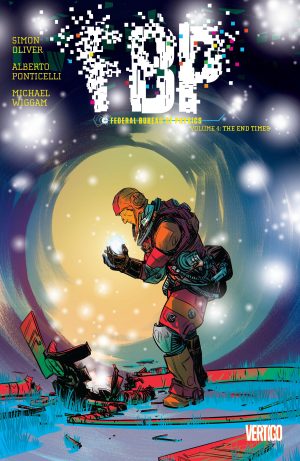