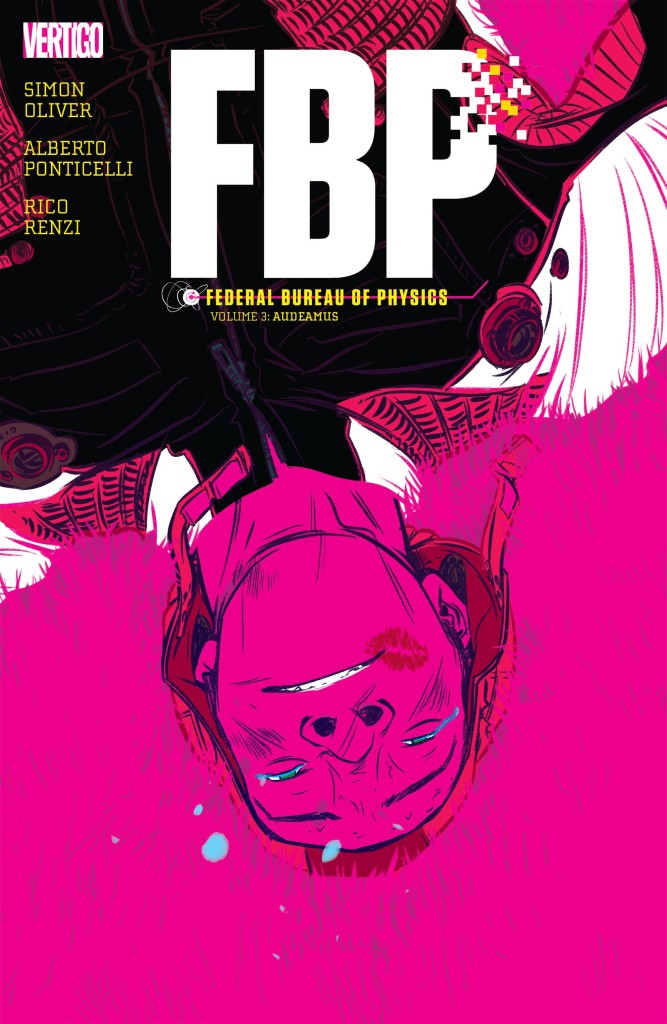 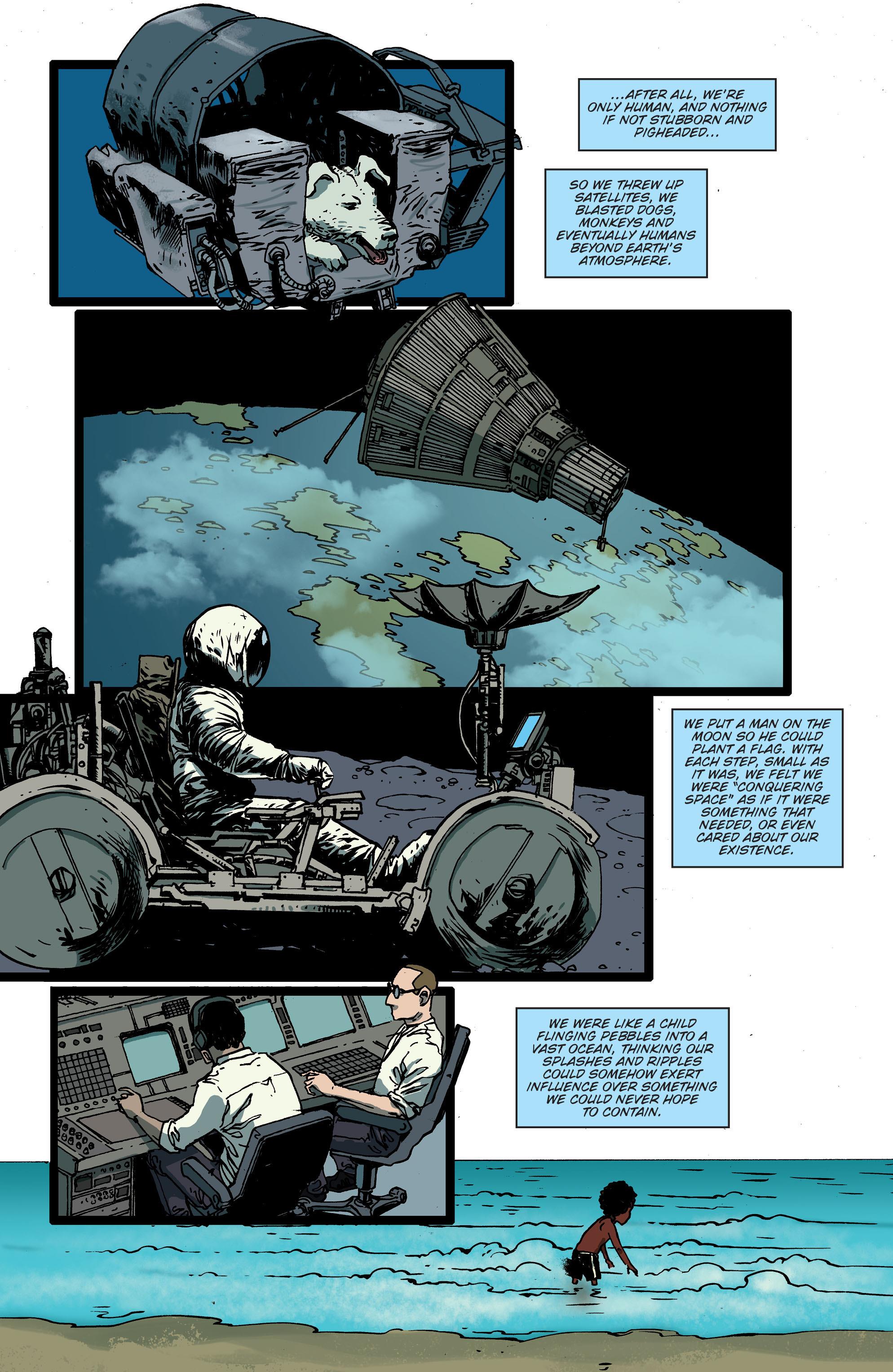 The opening two chapters detail Cicero Deluca’s training days at the FBP academy. It’s a curiously polarised institution with the theoretical physicists studying alongside the more physical specimens destined to become field agents. The physics is largely sidelined in what’s the best story presented to date in FBP. It lacks the befuddlement of attempting to work out what’s going on that characterised Wish you Were Here, and instead we have a character-based tale that spills into desperate circumstances. It anchors Cicero, whose motivation to date has been opaque, and renders him a more admirable character.

The book also benefits from a change of artist. From one to two, in fact. Nathan Fox has a sketchy style ill served by some extremely dull colouring, so Alberto Ponticelli is better at characterising the cast. All too often, though, that cast exists in what would be blank space if not coloured in. The science in FBP is of necessity vague, but it would be nice if those dealing with it were anchored with some form of backgrounds.

Lance Blackwood is a physicist whose inventions have earned him a vast fortune, but his contacts with the FBP to date have been manipulative and troublesome. When he dangles a carrot, not all agents present are convinced compliance is the best course, but Blackwood is both convincing and knowledgable: “Imagine knowing exactly when the universe will end and no-one believing you.” This leads into an explanation of sorts for the scenario Simon Oliver has constructed of what we accept as the foundations of physics failing.

Oliver is dealing with massive concepts, and they don’t come any larger than the end of everything, but the plots never really grab the attention. Additionally, for a series about other dimensions, the cast are extremely one-dimensional, the opening spotlight on Cicero countering this only slightly. They’re all angry, persistent and impulsive.

There’s a cliffhanger ending leading into the final volume, The End Times.