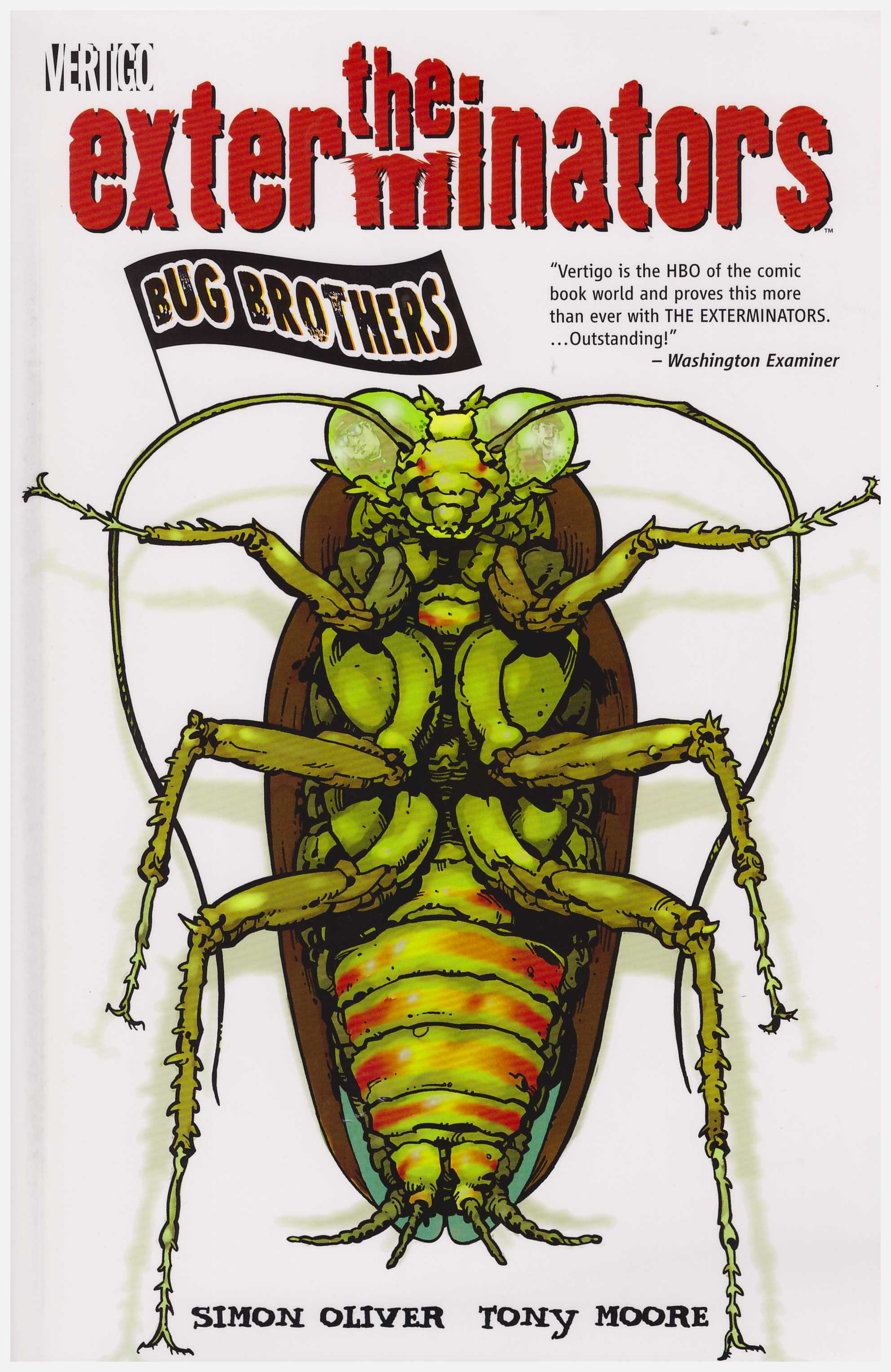 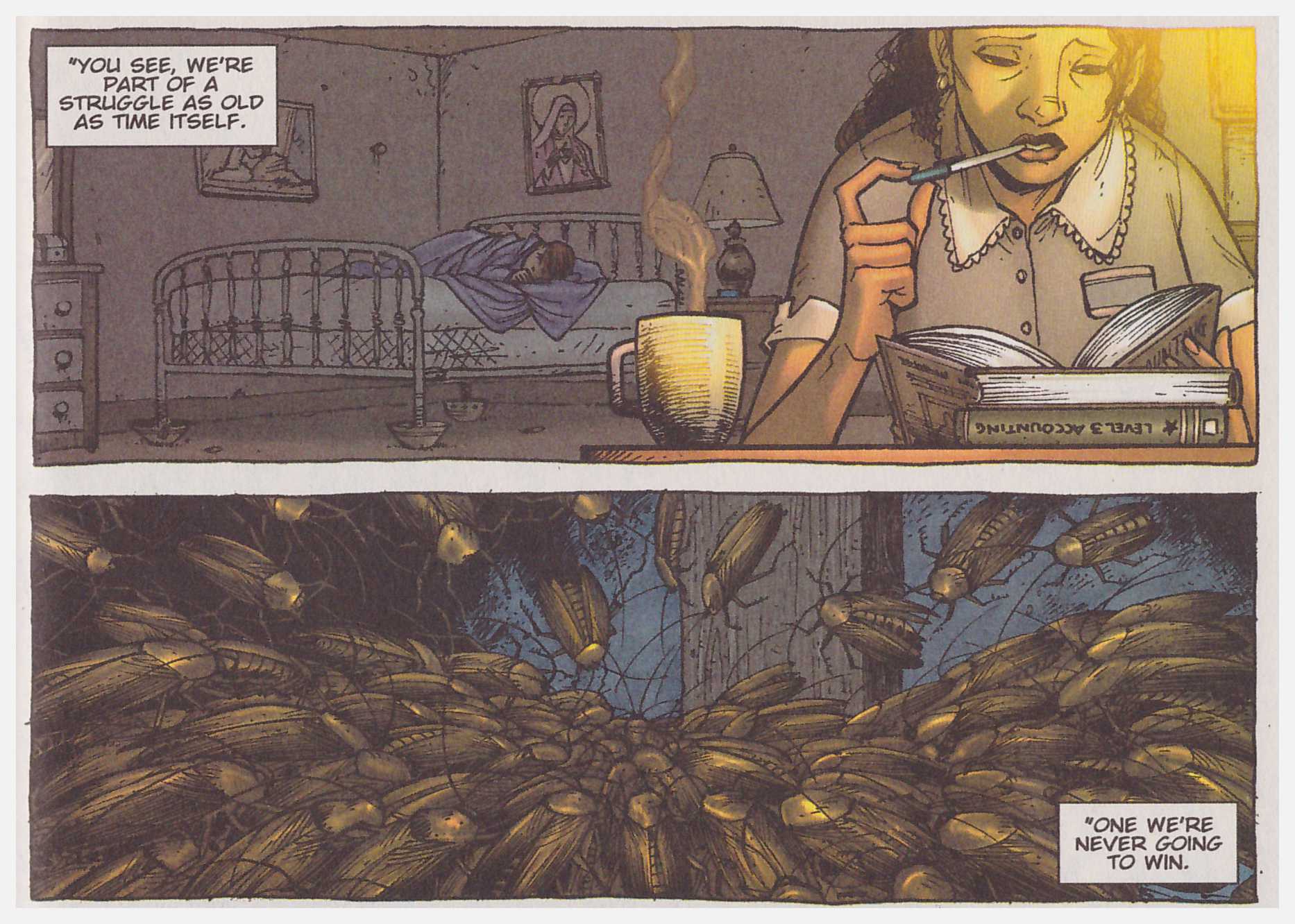 After reading, it’s no great surprise to learn that Simon Oliver originally envisaged The Exterminators as an HBO style TV show. The surprise is that it’s not been produced in all the years since. This is an astonishingly accomplished début presenting a cast of misfits gathered by the paternal Nils Petterson, inheritor of the family Bug Bee Gone business.

The narrative initially follows new boy, capriciously named Henry James for no apparent reason other than recasting the master of isolated complexity and repression as a cockroach killer. James is both Peterson’s stepson and being rehabilitated on parole, and still green enough to recoil at the horrors he encounters. He’s introduced to his new trade by teaming with the company’s long-serving employees. A.J. is an unrepentant arsehole, the serene and mystical Stretch a complete contrast, but each has a philosophy about their trade. Back at base there’s the seemingly shy and reclusive Saloth Sar (his name also a reference), a scientist so capable he’s able to analyse the industry’s standard roach killing formula Draxx to reveal some sinister additional capabilities. By coincidence James’ girlfriend Laura is climbing the corporate ladder at Ocran, manufacturers of Draxx, with some of her scenes perhaps unnecessarily exploitative.

The setting and cast are rich and compelling, Oliver’s dialogue rich and amusing. Add Tony Moore’s frequent stomach-turning portrayals of vermin infestation and the people most likely to experience it, and there’s already far more than the basis of a decent series. As a stand-alone volume Bug Brothers is thoroughly entertaining, but the next volume Insurgency reveals what’s presented here as only the starting point. 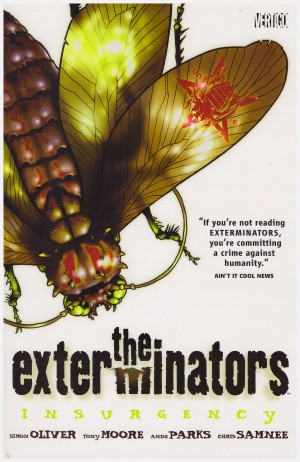 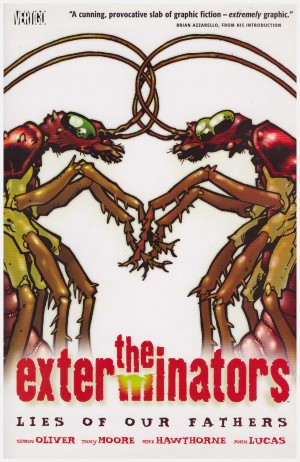 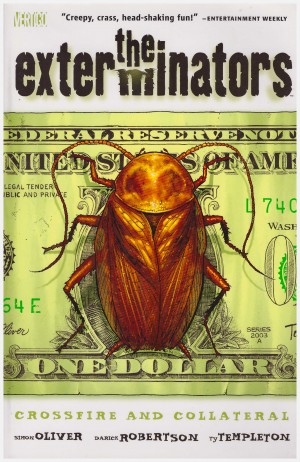 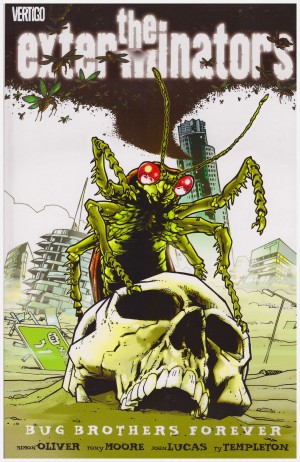