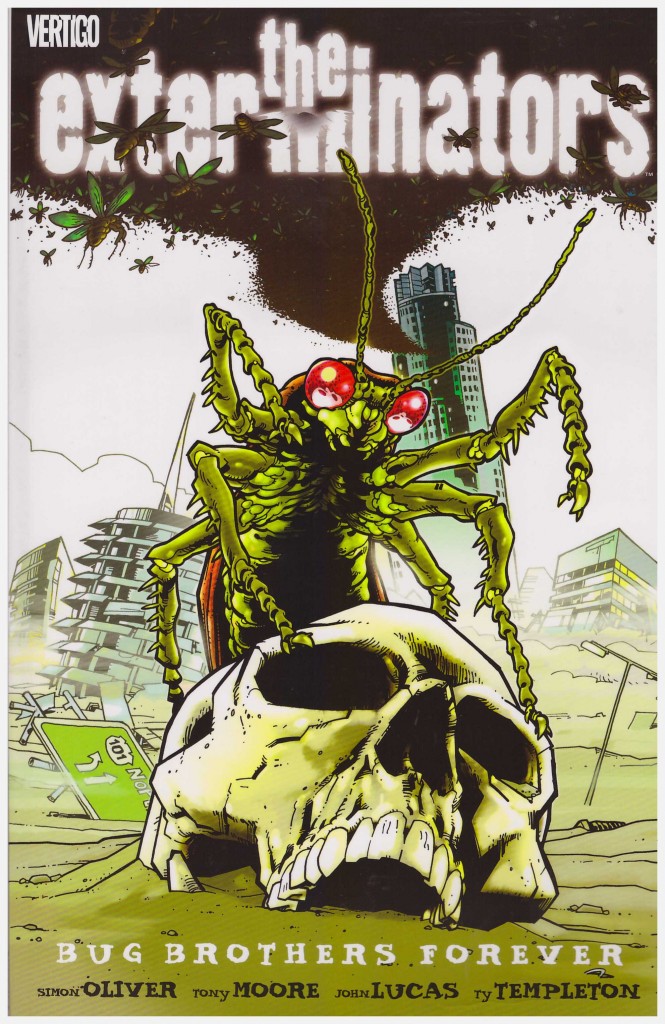 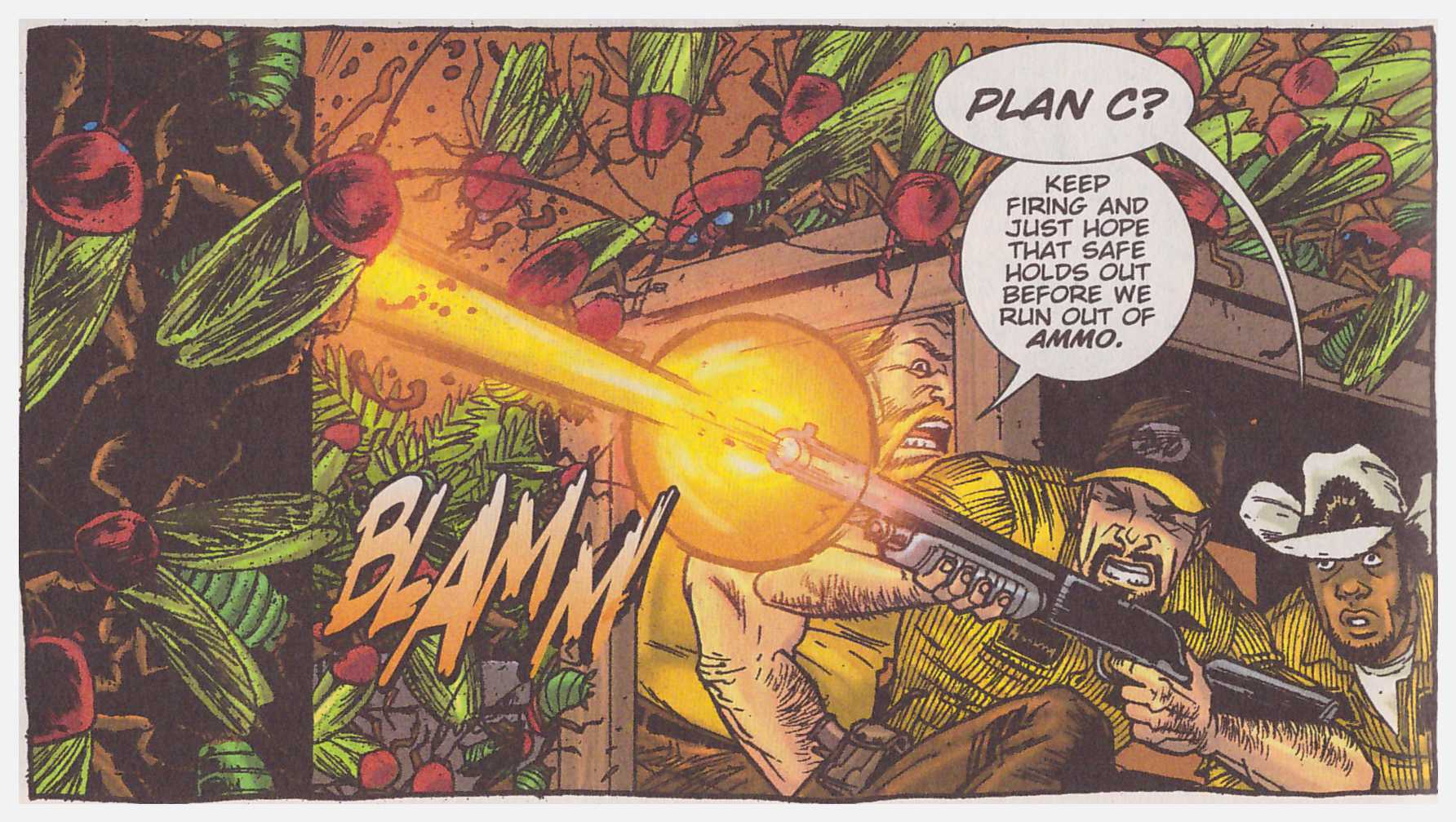 Primary artist Tony Moore returns for most of Bug Brothers Forever, starting with a pest infestation aboard a cruise liner with possible deadly consequences for humanity. It’s the best piece in this collection, providing a high dose of sleaze, a particularly snotty kid, and a captain with a mission on a higher plane. It continues by finally revealing how A.J. returned from the dead, what his purpose is, and how that ties in with the box Henry James found and the strange recurrence of the symbols etched on it. Writer Simon Oliver here stretches the plot beyond the mortal veil for a view of some ancient Gods.

It also transpires that the Koribati islanders imported by Ocran in Crossfire and Collateral have a larger agenda than Laura assumed, and a technological propensity exceeding her expectations. As the series winds towards conclusion she may not be the master manipulator she considers herself. Oh, and giant cockroaches the Mayan Hissers mount their final attack. In between all that Mrs Perez has a crisis of her own, as it seems her son has fallen off the rails.

Oliver keeps the tension cranked to high until the end of the series, but the switch to all-out action movie style for the final three chapters renders this the weakest of the five graphic novels. Having decided to reveal all, there’s little in the way of character moments, although it could equally be the case that Oliver was given fewer chapters than he wanted to complete his plotlines. Some are certainly left dangling. For such an original writer, Oliver’s comic contributions have been relatively sparse since, with only FBP a continuing series.