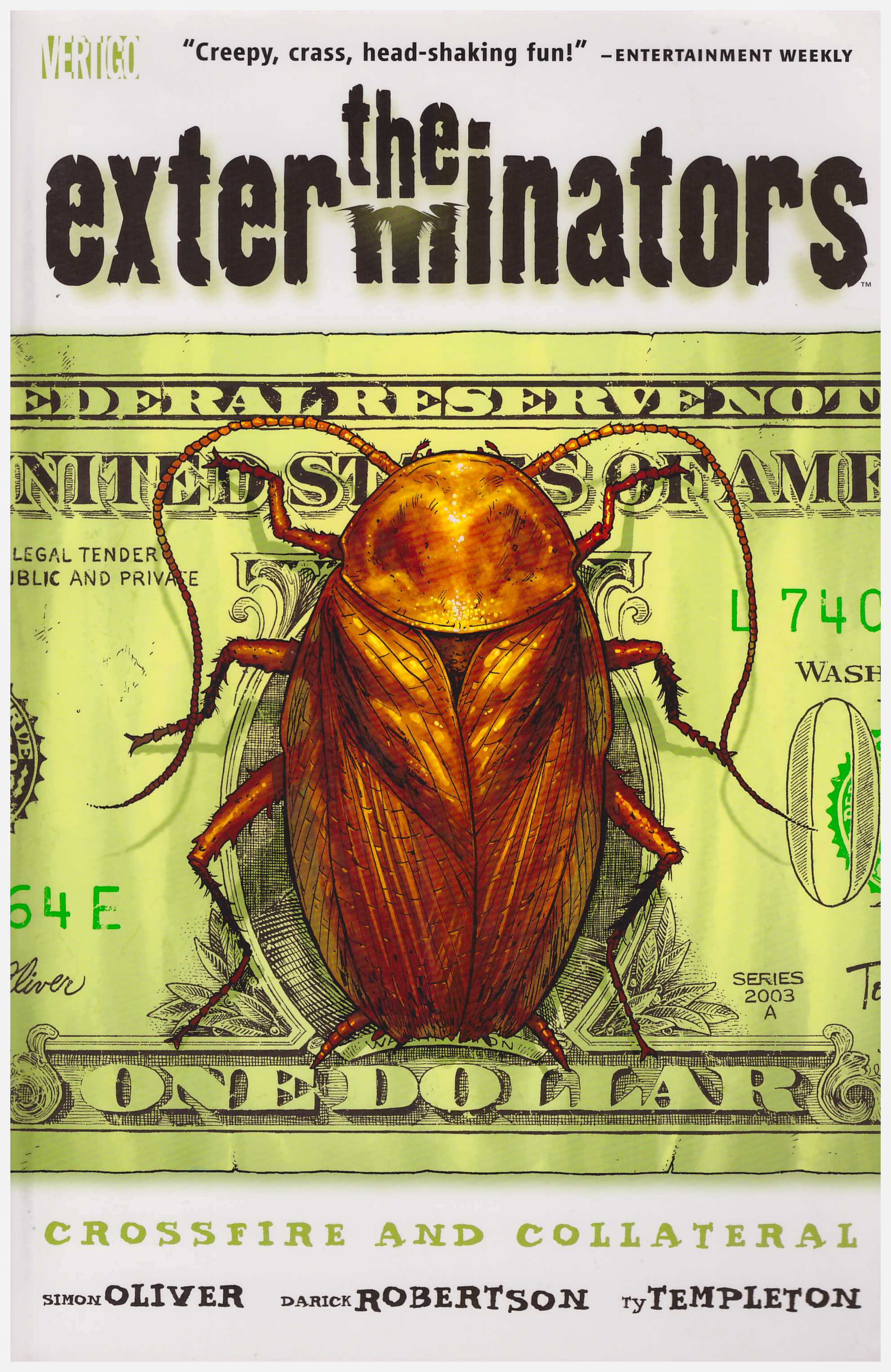 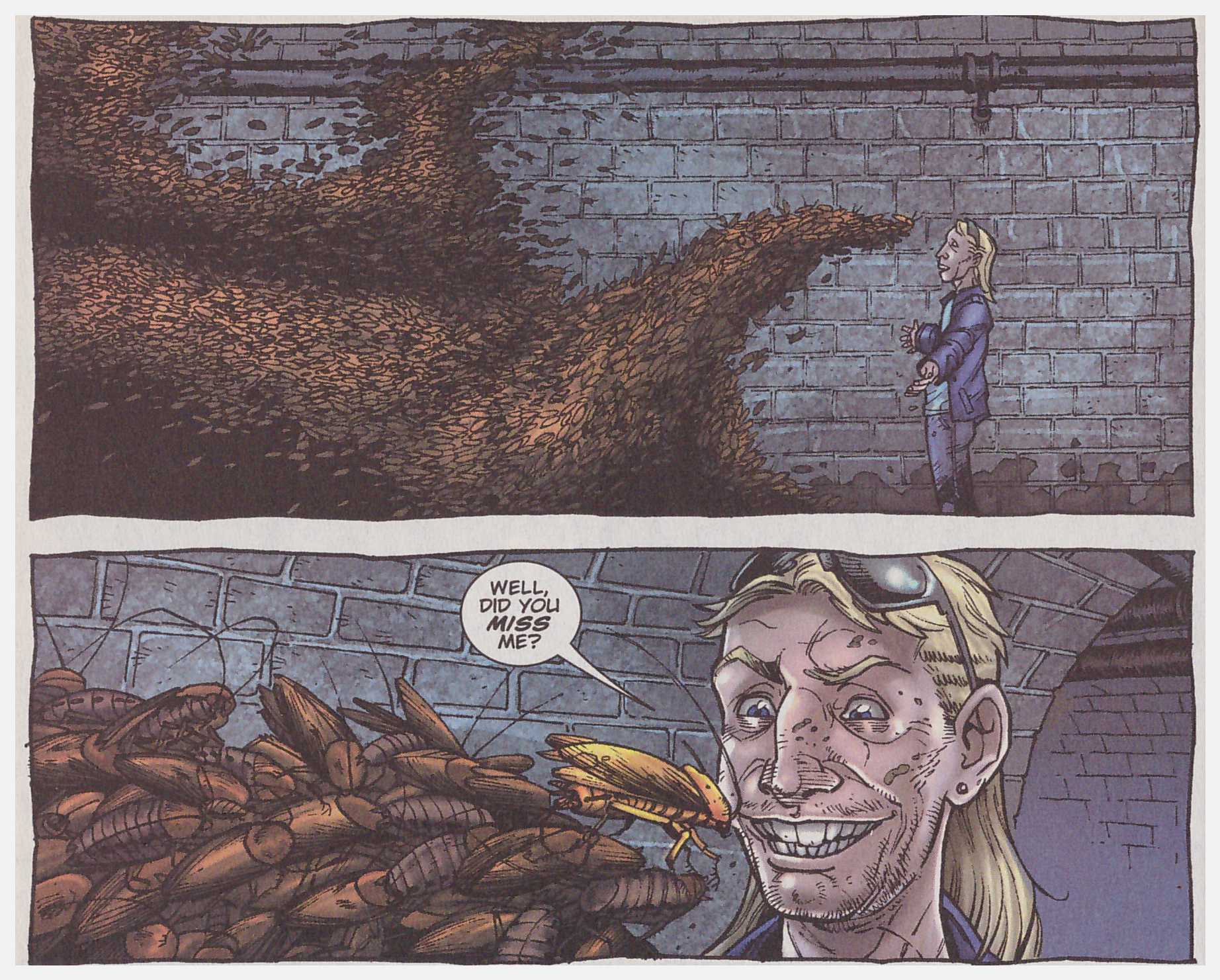 Ever wonder how top vermin controllers source their equipment and chemicals? Well, wonder no more as the opening chapters take us to Scatshot and the 17th Biannual West Coast States Pest Control Convention. Writer Simon Oliver provides a scathing composite of every trade show he’s ever attended, with attractions such as ‘The Society of Future Science in Pest Control’ showcasing the milk-producing mouse and the eight-legged web-spinning rat. As this is The Exterminators, there’s a deeper problem than science running out of control, and it harkens back to Stretch’s former employers.

The threat of the Mayan Hisser, a giant cockroach, has been simmering throughout the series, and there’s now evidence that not only has it infested Los Angeles, it’s displaying intelligence enough to evade discovery. A war that requires waging on an elusive enemy requires desperate measures, and the Bug Bee Gone team find some unexpected allies when one of their targets is also on the agenda for an anti-drug vigilante.

Laura’s influence was cemented at Ocran in Lies of our Fathers, and she now begins delving into the weirder elements of the company history, and she brings new despotism to her supposed corporate infiltration. It turns out a former Bug Bee Gone owner’s indulgences on the island of Koribati fifty years previously might solve a modern day staffing problem.

The above madness is just another day at the office for Oliver’s consistently entertaining title, with this volume drawn by Ty Templeton and Darick Robertson. It’s Robertson who obviously drew the short straw as he’s the one illustrating the chapters requiring thousands of bugs. The tension ratchets up, and the series concludes in Bug Brothers Forever.