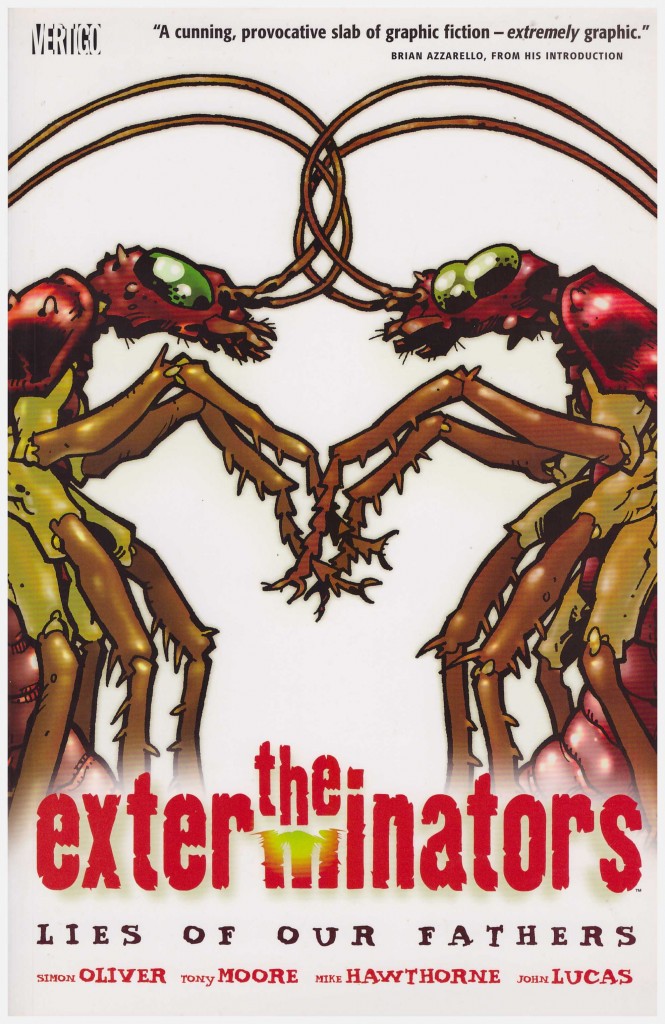 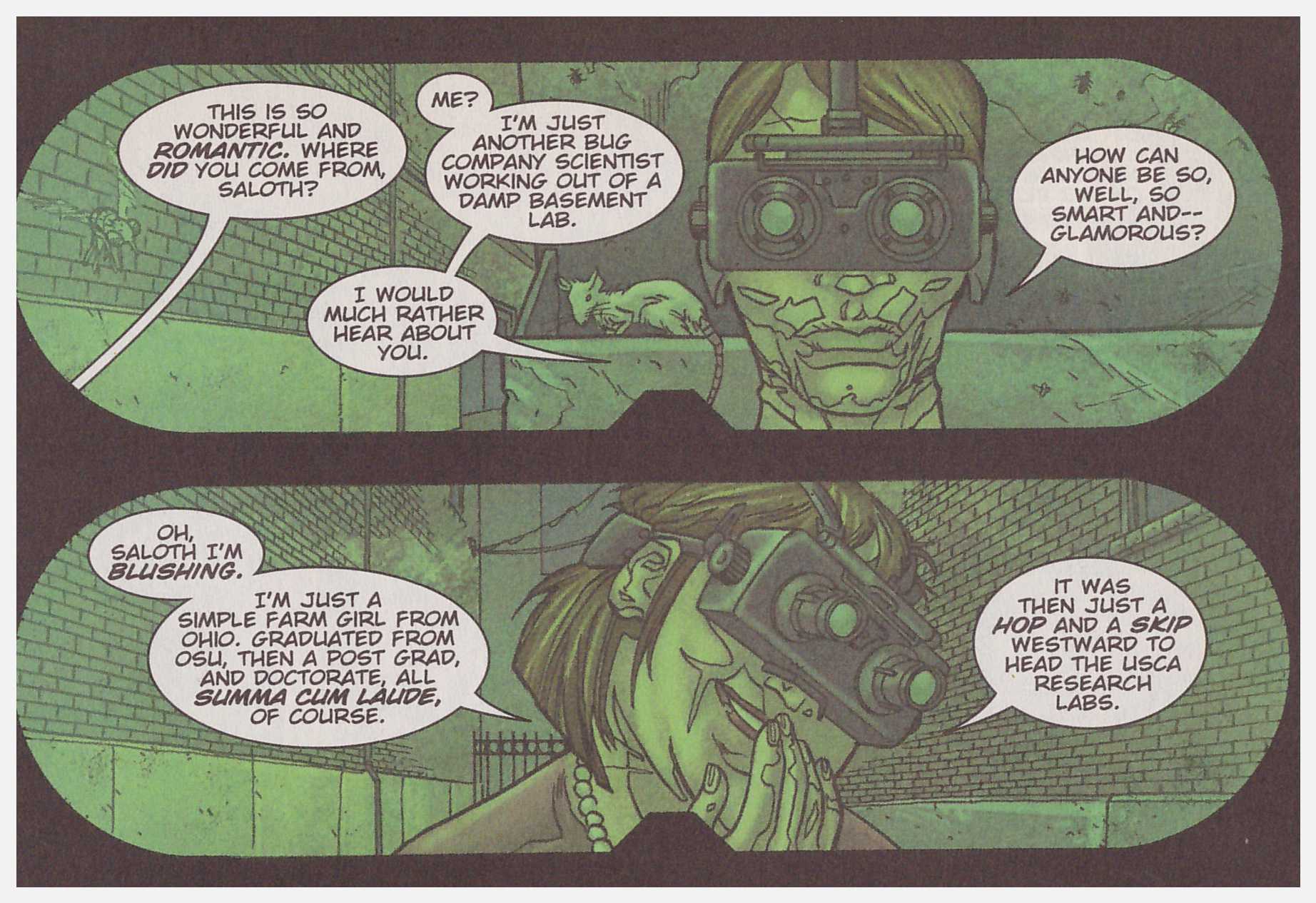 To this point Cambodian born research scientist Saloth Sar has been rather a peripheral character, shy and awkward, and pretty much left to his own devices in the laboratory. In the opening chapter he goes on a date and confides his past. Like pretty much everything else to do with The Exterminators, it’s not pleasant, and the following chapter reveals the truth, which is even nastier.

Other characters are also acting in appalling fashion, the seemingly returned and smacked-up A.J. rolling around among cockroaches he appears to control, the ghastly Rebecca delivers Laura unto a client before Laura returns the favour by passing on a lesson in corporate bonding, and it seems even genial company owner Nils Petterson has his negative traits. As for the nominal narrative focus Henry James, he’s got some new problems of his own with the reappearance of his former cell mate and leader of the prison’s Aryan Brotherhood. Writer Simon Oliver supplies a particularly redolent introduction via one horrific incident being topped by another immediately afterwards.

As a contrast to the assorted creeps, sleazes and torturers populating the series, the utterly likeable Mrs Perez steps forward transformed from owner of a bug-infested apartment into the newest Bug Bee Gone employee. She may be nice, but Oliver cuts her no favours when it comes to dishing out the assignments.

Previous full-time artist Tony Moore appears to have overdosed on drawing thousands of cockroaches, as Mike Hawthorne and John Lucas share the pencilling with him in this volume. Both have the storytelling abilities to deliver a plot and dialogue-driven black comedy thriller. Crossfire and Collateral continues the madness.