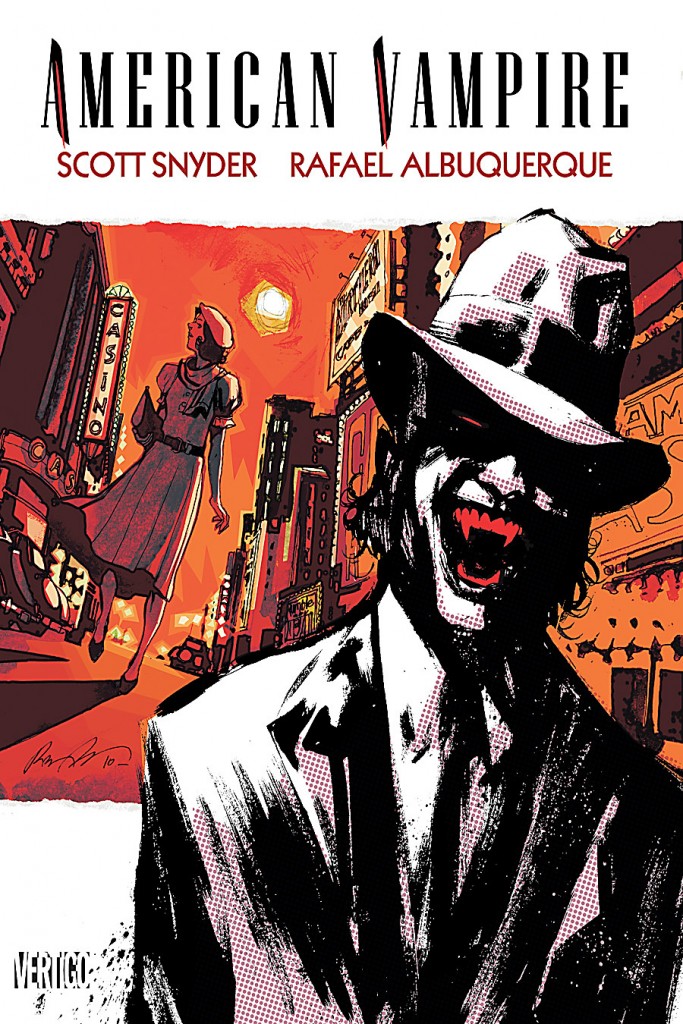 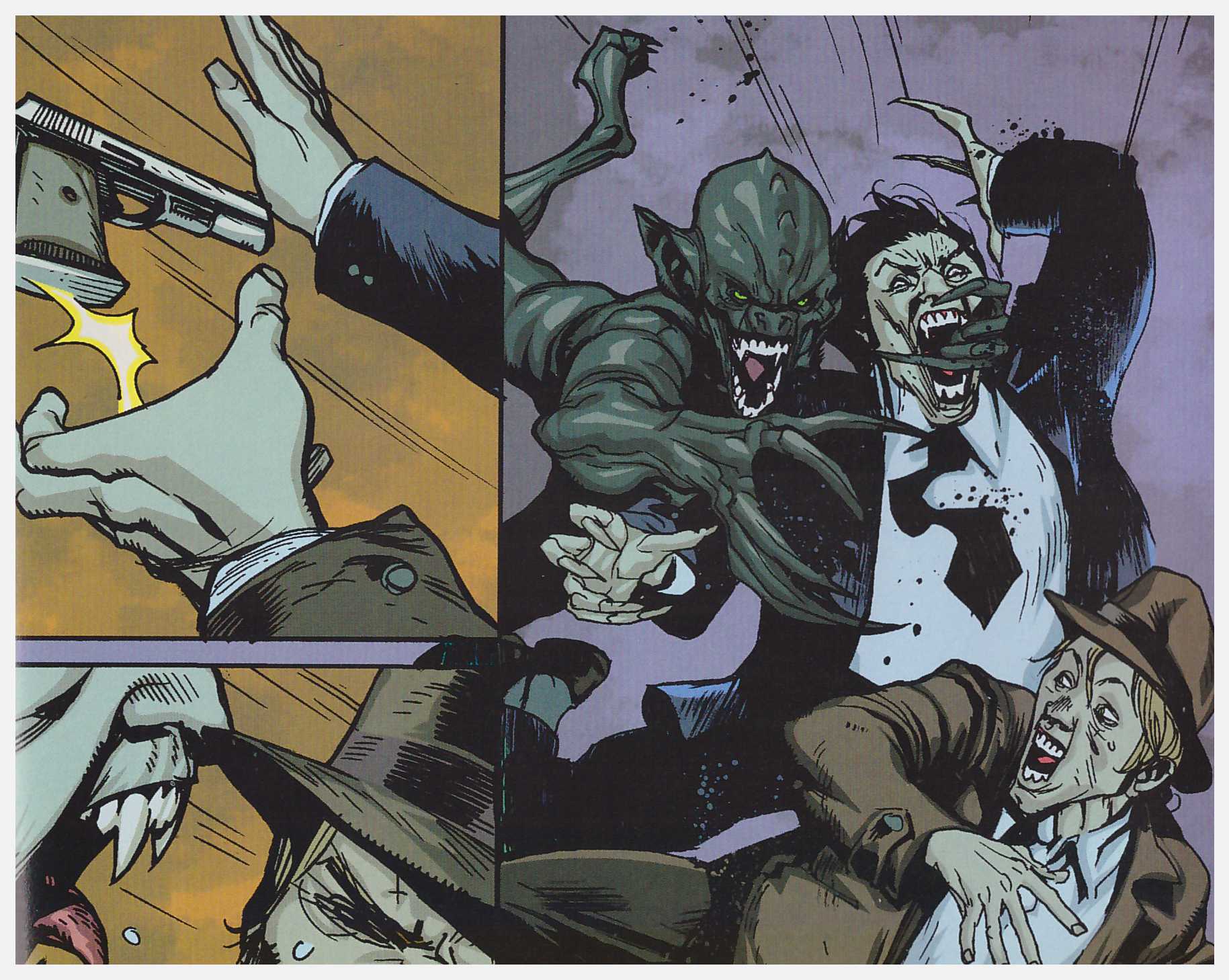 The narrative has leapt eleven years from volume one to 1936, and this book delivers two stories, ‘The Devil in the Sand’ and ‘The Way Out’. The first zones in on Las Vegas, already into its transformation from quiet desert town, and with the Boulder Dam on the verge of completion. Cash McCogan heads a police department under-staffed to cope with the level of crime now prevalent, and he’s further enraged at the certainty that his father was murdered two months previously by recent arrival and brothel owner Jim Smoke. Those who’ve read volume one are a step ahead of McCogan in knowing Smoke’s past.

McCogan’s life complicates further when one of the four consortium members in charge of the dam project is found drained of blood in the town’s most prestigious hotel, and the federal agents sent to aid him don’t win him over.

Other characters from volume one also return, having progressed in different ways, as writer Scott Snyder introduces new elements to his series, now bereft of Stephen King. One introduction is the Vassal of the Morning Star Society, founded in Britain the previous century and with decades of experience in pursuing vampires. They’ve categorised the assorted species and are aware of how to kill all but one.

As previously, there are times when Rafael Albuquerque’s art is spectacular, particularly the gruesome horror scenes, and he’s adept at distinguishing the cast. On the downside, if anything, there are even more lines on the faces than in the first volume. It moves beyond stylistic quirk to irritation. Dave McCaig’s colouring isn’t as gloomy as previously, which is welcome.

Mateus Santolouco illustrates ‘The Way Out’, although he mimics Albuquerque so slickly, most would be unaware were it not for the absence of lines on noses. That story focuses on the previously seen cast, among them someone who’s maintained a decade long grudge.

In both stories Snyder proves adept at leading the reader in the wrong direction, with some particularly unpleasant surprises dropped into ‘The Devil in the Sand,’ not least for the unfortunate McCogan. Anyone who prefers their vampires savage and visceral rather than frilled and ruffed should get a real bite out of this. 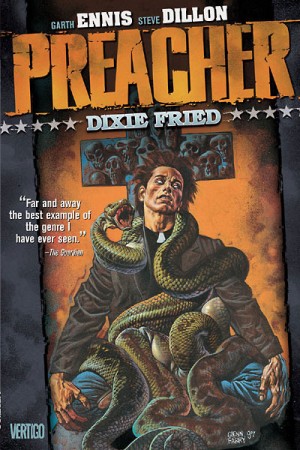