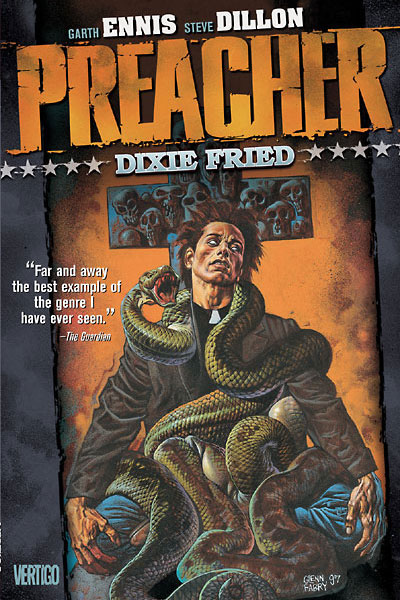 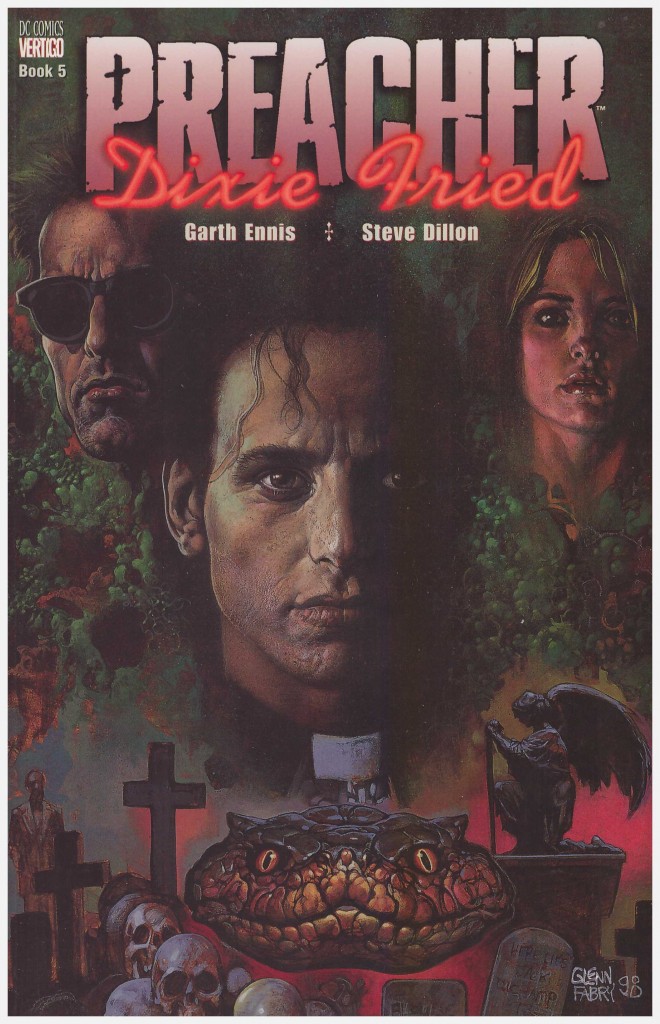 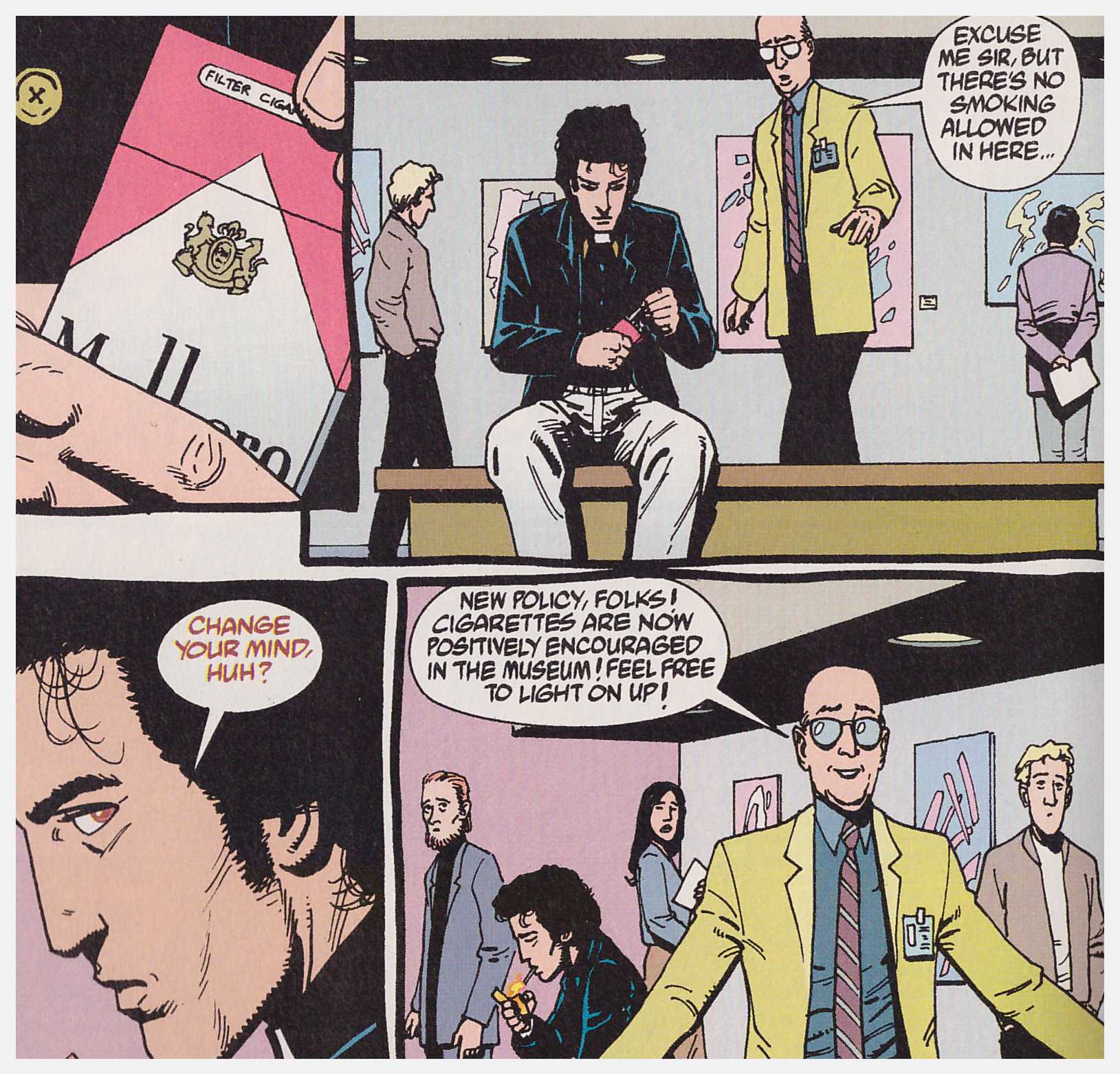 Up until this point Preacher’s primary narrative has been pretty much road movie. Cassidy picked up Tulip O’Hare, the pair of them saved Jesse Custer, then signed up to his quest to find God. Literally. A lot changes after Dixie Fried, but before it does, Garth Ennis throws in the finest buddy material to date, all the better for an almighty spanner being thrown into the works early on.

It opens in the days before Cassidy hooked up with the others. “I’m gonna finish you for good and nail your hide to a barn door you wife-seducin’ potato eater”, threatens the sheriff. You just know it’s not going to end well for him. It’s the tale of Cassidy meeting a vampire and of Garth Ennis purging himself of some thoughts regarding vampires and goth mythology. “Y’er a self-obsessed, pasty-faced, death-fixated dickhead got up in a poncey suit.” Oh dear. It probably won’t end well either, and there’s an amusing sideswipe at a fellow Brit on the Vertigo list. It also has the benefit of being illustrated by Steve Dillon who knows how not to over-egg the jokes, although his barmaid here is confusingly similar to Tulip. Check her illustration on page 48 and compare it with Tulip on 81. They’re almost identical.

Despite his profile in the previous Ancient History, it comes as rather a surprise to discover Ennis has a role for Arseface beyond the butt of jokes in the opening volume. Even more surprising is the cast Ennis ridicules in the opening chapter also have a later role as the crew head into a pre-disaster New Orleans. It’s a place with some people who know how to provide Custer with some answers.

One of the endearing aspects of Preacher throughout is the way Ennis leads the buddy dialogue around to his favourites. John Wayne, Christina’s World, Laurel & Hardy, Unforgiven… Here it’s Bill Hicks, as thoroughly deserving as any.

Throughout the book Ennis has fun with Starr coming to terms of the consequences of what happened to him in Proud Americans, and the Saint of Killers is seen shaking off a mountain of rubble. It all leads to a showdown in War under the Sun.

In 2009 the Preacher books were re-formatted, spreading what was previously nine collections over six hardcover volumes, later re-issued as paperbacks. The entire content can be found in Preacher Book Three. 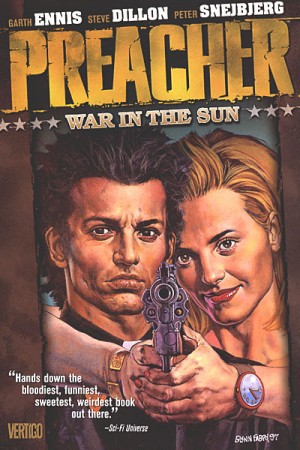 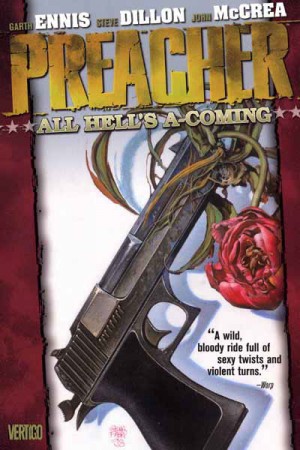 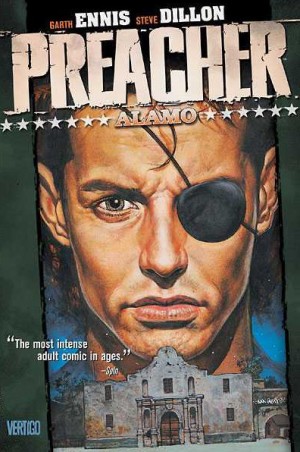