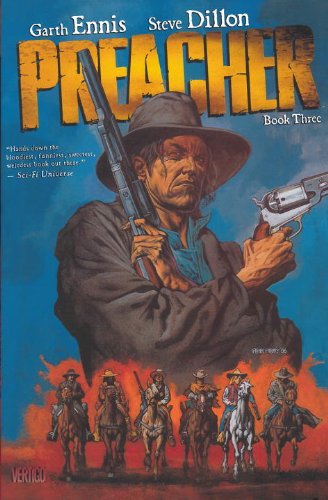 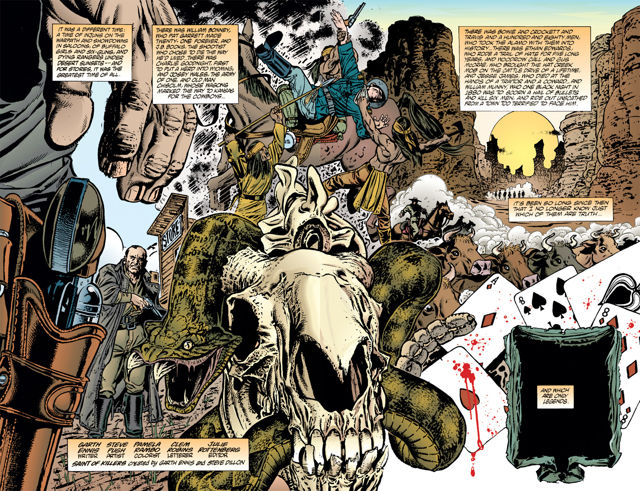 Assorted Americana cuts a thick vein throughout Preacher, but never as strongly as in the material collected here, which deals with the mythical old West and the romance of New Orleans. It is, however, a mixed bag.

The Saint of Killers was introduced early in Preacher as a ruthlessly efficient, unkillable and unstoppable force of vengeance, an old fashioned gunslinger who became the angel of death. His story is related here. The opening chapters are fine. They were the first opportunity Garth Ennis had to write a Western, and the plot is brimful of everything he loves about the genre from taciturn Clint Eastwoodisms to the wild, unforgiving landscape. Steve Pugh’s layouts are a trifle crowded, but he conveys the atmosphere well. That atmosphere takes a turn for the worse as the story slips back into horror territory. It’s only been two volumes, but that already strikes a jarring tone, and the remainder is recycling and lacks the ambition that characterises Preacher.

There’s a more successful solo outing for Cassidy, as Ennis and artist Steve Dillon exorcise their heartfelt dismay at the widespread prissy breed of vampires populating literature post-Ann Rice, complete with a pastiche of a fellow Vertigo writer. Although seemingly throwaway parodies, the surviving cast from this story recur later in a pivotal role.

“Just as a matter of interest, you won’t go to a trained psychiatrist, but you’ll let a bunch of Indians feed you mushrooms and chant over you, and God knows what else?” Tulip calls it right, but at that point wasn’t aware of the giant snake, as she, Custer and Cassidy head to New Orleans to see if Custer can activate some repressed memories about his condition.

By this point there’s already some friction, which is exacerbated by the return of Arseface, recast as a potential assassin. Where Ennis takes him from here is entirely unpredictable, yet entirely fitting.

So another volume of rich characterisation, great laughs, and bizarre plot twists, with just the slightest regression into unwelcome territory. This collection was re-formatted to include the entirety of Dixie Fried, while the Saint of Killers material was originally collected in Ancient History. 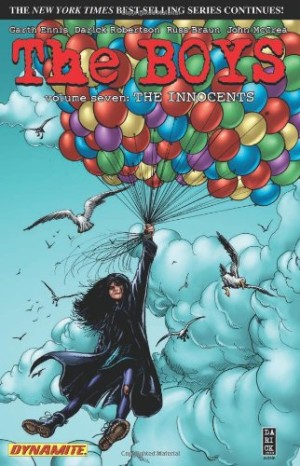 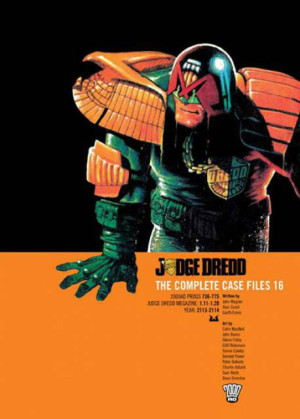