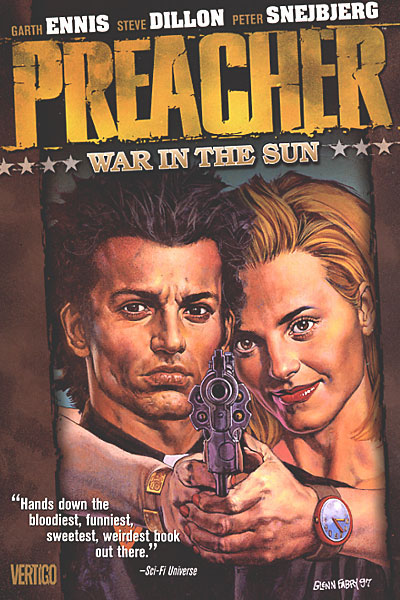 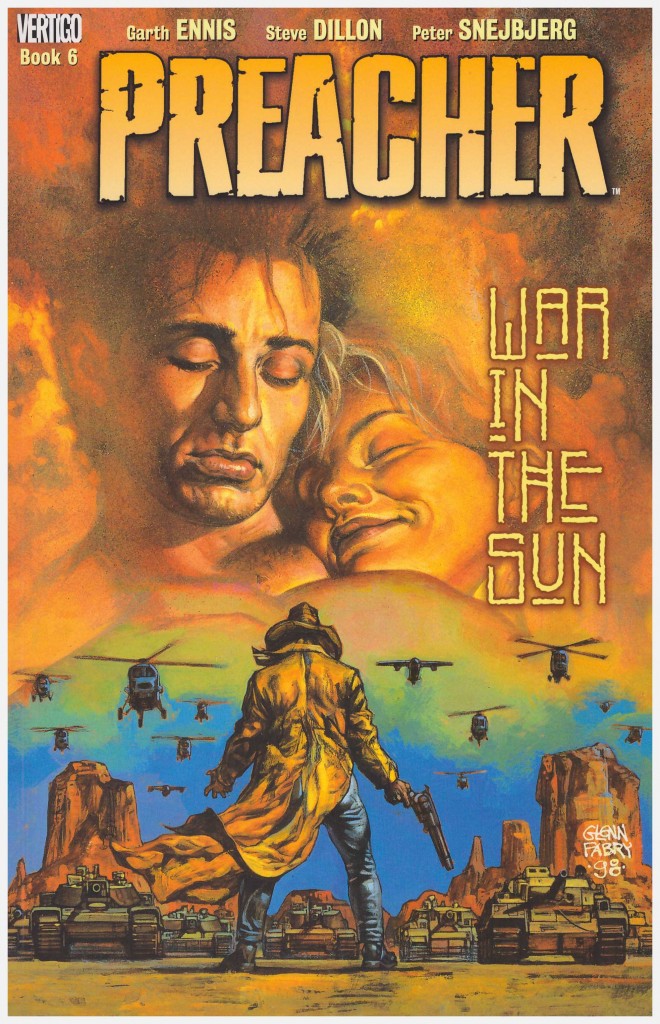 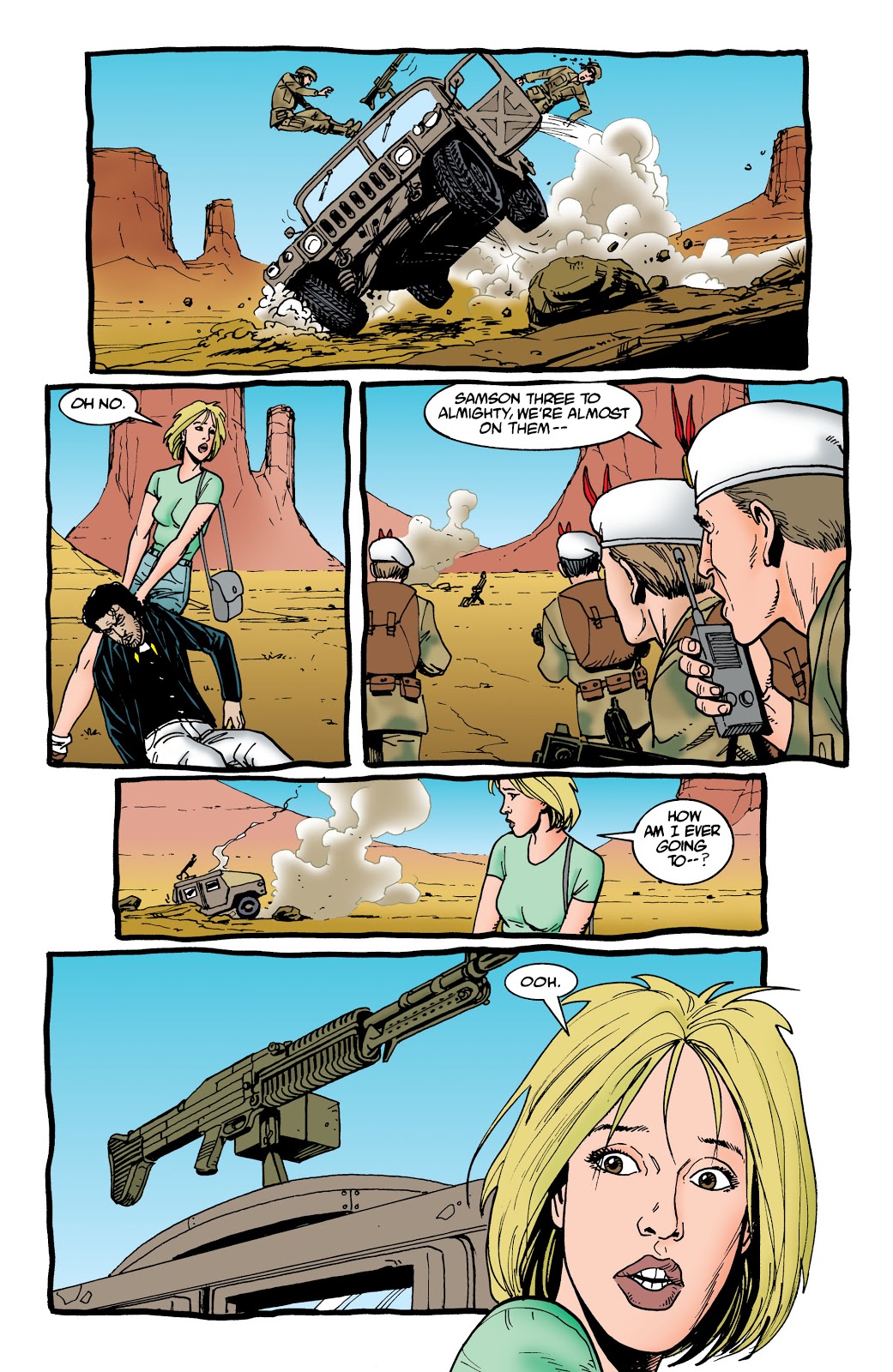 The dynamic between Jesse Custer, Tulip O’Hare and Cassidy altered in Dixie Fried, although one of the trio is unaware this is the case. Custer also learned some vital information regarding his literal quest to find God, the Saint of Killers escaped his burial and Herr Starr began plotting again.

Everything comes to a head here in a narrative changing fashion, but not before writer Garth Ennis throws the spotlight onto Starr’s past. This is illustrated by the always excellent Peter Snejbjerg and just in case anyone was feeling sorry for Starr and the gradual diminishing of his bodily parts it re-emphasises what a complete and utter bastard he is.

The middle section of the book is what everyone has been waiting for, yet there’s a feeling of deja-vu as Ennis runs through the set-up. It’s professionally enough handled on both his part and by artist Steve Dillon, but a little compression would have worked wonders here. A few fine conversations apart, it’s only in gut-wrenching final sequence that the story really comes alive.

It leads, though, to the best part of the book, the aftermath. The cast are, for the most part, separated and appalling deeds have been done. The consequences enable Ennis to parody US TV news discussions, throw in more indignities for Starr, and there’s a fine interlude based on a true story of one America’s greatest eccentrics. The best of this section, though, would pull the review into the spoiler zone, and no-one really wants that, do they? Suffice to say that anyone who cares about the cast will be rolled through the emotional mangle as they read on. It’s spliced with the exploits of Arseface and his surreal view of the world, which works better than might be believed.

Oddly, although not the best Preacher material, the content here and the big change of direction with the next volume, Salvation, won an Eisner Award. In 2009 the Preacher books were re-formatted, spreading what was previously nine collections over six hardcover volumes, later re-issued as paperbacks. The entire content can be found in Preacher Book Four.