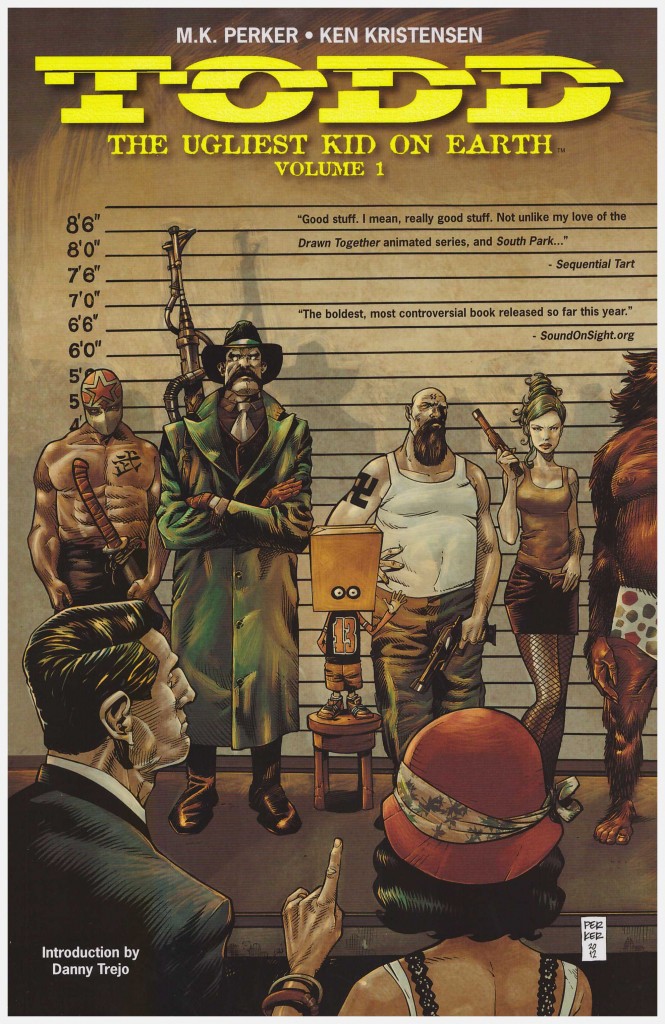 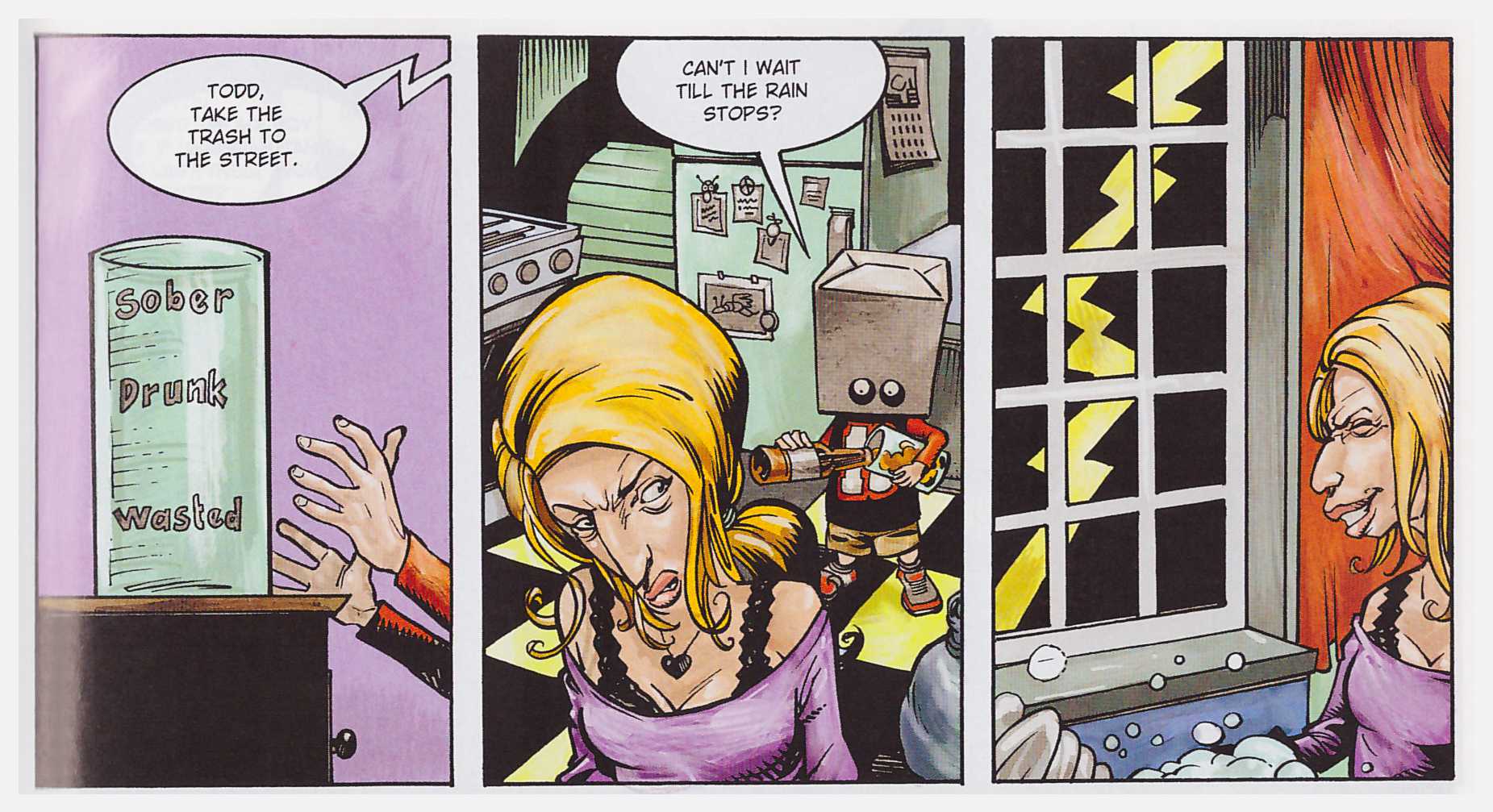 This is a wide-ranging satire of American blue-collar society with Todd pretty well the only character with redeeming features. As he’s the ugliest kid on Earth his parents make him wear a paper bag over his head. If you find that funny, you’re likely to tune into the rest.

Todd’s Dad, Gus Belluomo – clever name – considers himself an alpha male despite lack of employment or any obvious capabilities, is infatuated with soap-opera star Belinda Fairchild, and all-but ignores his wife Peggy. She feels she deserves something better, but that doesn’t extend to caring for her son. There’s a gun-happy police detective who gets a hard-on in the doll aisle of the toy store, an Oprah-loving serial killer, a fine gang of local bullies and plenty more displaying the worst of society. A funny introductory spread supplies brief profiles for the entire cast.

Todd retains an optimism and purity belying his wretched circumstances. Early on he’s thrown in jail, where the joke is that his innocence softens the hearts of hardened criminals as they go about their daily shankings. No, Ken Kristensen’s script is hardly delicate, but that’s not the point, and there are bizarre throwaway jokes indicating a higher level of consciousness (Pervis Musharaf as a limo driver). There’s also a sit-com level smoothness to the set-up and punchlines of the dialogue.

Although named after Todd, this is an ensemble piece with a deliberately provocative scattershot approach. Think Married with Children injected with an extra dose of sex and swearing. It certainly has an audience, but perhaps not as great as anticipated since Todd only survived another four issues beyond the material collected here.

Given that Todd is so rooted in the USA’s underbelly it’s an interesting choice to have the Turkish M.K. Perker illustrate. He supplies fantastic cartooning, exaggerating what’s needed, yet playing it straight enough not to over-egg the jokes.

This has all the subtlety of a kick to the nuts, but there are laughs to be had for those willing to get down and dirty.