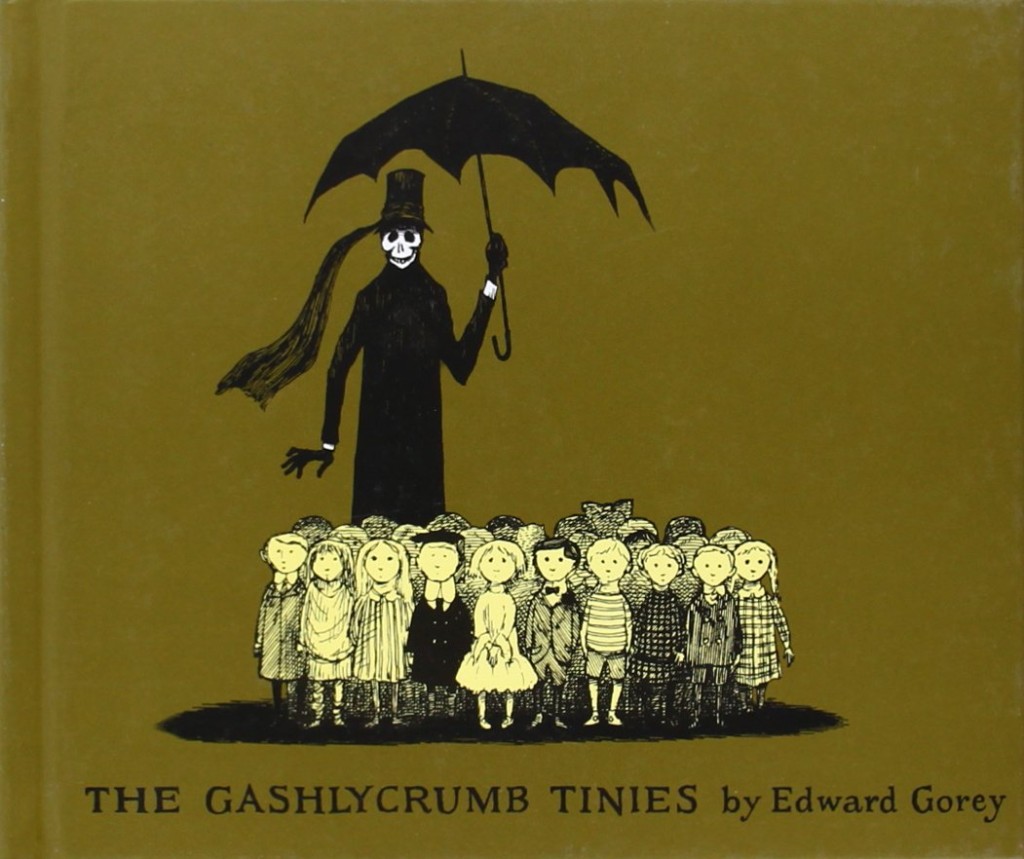 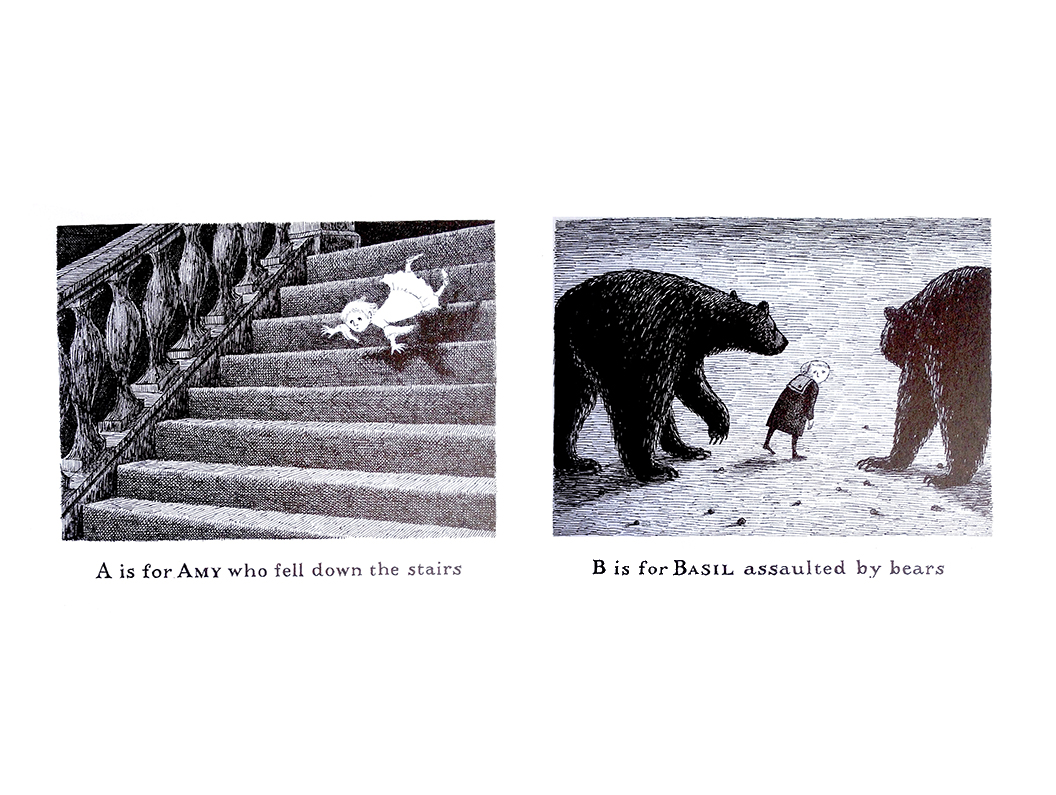 The Gashlycrumb Tinies was written and drawn by Edward Gorey in 1963. The small, square hardback has the feel of a typical children’s book, but the cover is strangely sombre with muted colour. Black lines depict an anthropomorphic Death, dressed as a Victorian undertaker. The grinning figure looms over a group of twenty-six small children, as if accompanying them on a strange school trip. Their blank stares say nothing about what the reader will encounter when they begin reading.

Inside is a series of images heavily cross-hatched and delicately inked, in a style that feels like an old Victorian copperplate engraving. There is one pale, passive child in each picture. Alone, formally dressed in Edwardian-style clothing, and in an uncomfortable situation of some kind. There is a line of text beneath the image that tells us what is going to happen (or in some cases, underlines what has already happened). This arrangement is repeated, one picture per spread, and the text becomes lines of poetry, with each pair of images forming a complete rhyming couplet.

About five or six pages in, everything becomes clear: you are reading about the dreadful untimely deaths of twenty-six children, each one named alphabetically from A for Amy to Z for Zillah. Each of their singularly gruesome fates is set merrily to rhyme. And that’s all there is to it. Why are these children dying in these terrible ways? What did they do to deserve it? Why is it so very funny?

The Gashlycrumb Tinies or, After the Outing is the full title of this tale and maybe there’s a little clue there. The combination of densely cross-hatched images you can stare at for ages, counterpointed with dry, succinctly mordant words, add up to a grimly hilarious narrative. The ridiculous rhymes make each unlikely death funnier than the one before it as we go through the alphabet. ‘K is for Kate who was struck with an axe. / L is for Leo who swallowed some tacks.’ The tracks of Kate’s murderer disappear into some trees. Where did they come from and where will they go next? Leo sits in an enormous, bleak drawing room, beneath a huge oil painting. What will compel his hand? Suicidal thoughts? Stupidity? Momentary madness?

Edward Gorey was a writer and illustrator whose neo-Edwardian style made him hugely popular, and his surreal imagery and macabre humour influenced a generation of creators such as Tim Burton and Lemony Snicket. Gorey wrote over a hundred books and illustrated hundreds more. This elegantly simple work which generates complex responses is one of his most famous stories, and is as funny now as when it was created. It has never been out of print. It is also collected, along with fourteen other dark and mysterious little books, in an anthology of Edward Gorey’s work called Amphigorey.