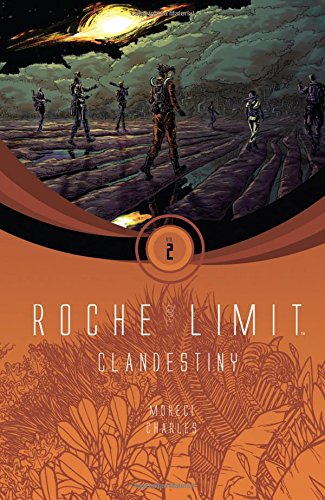 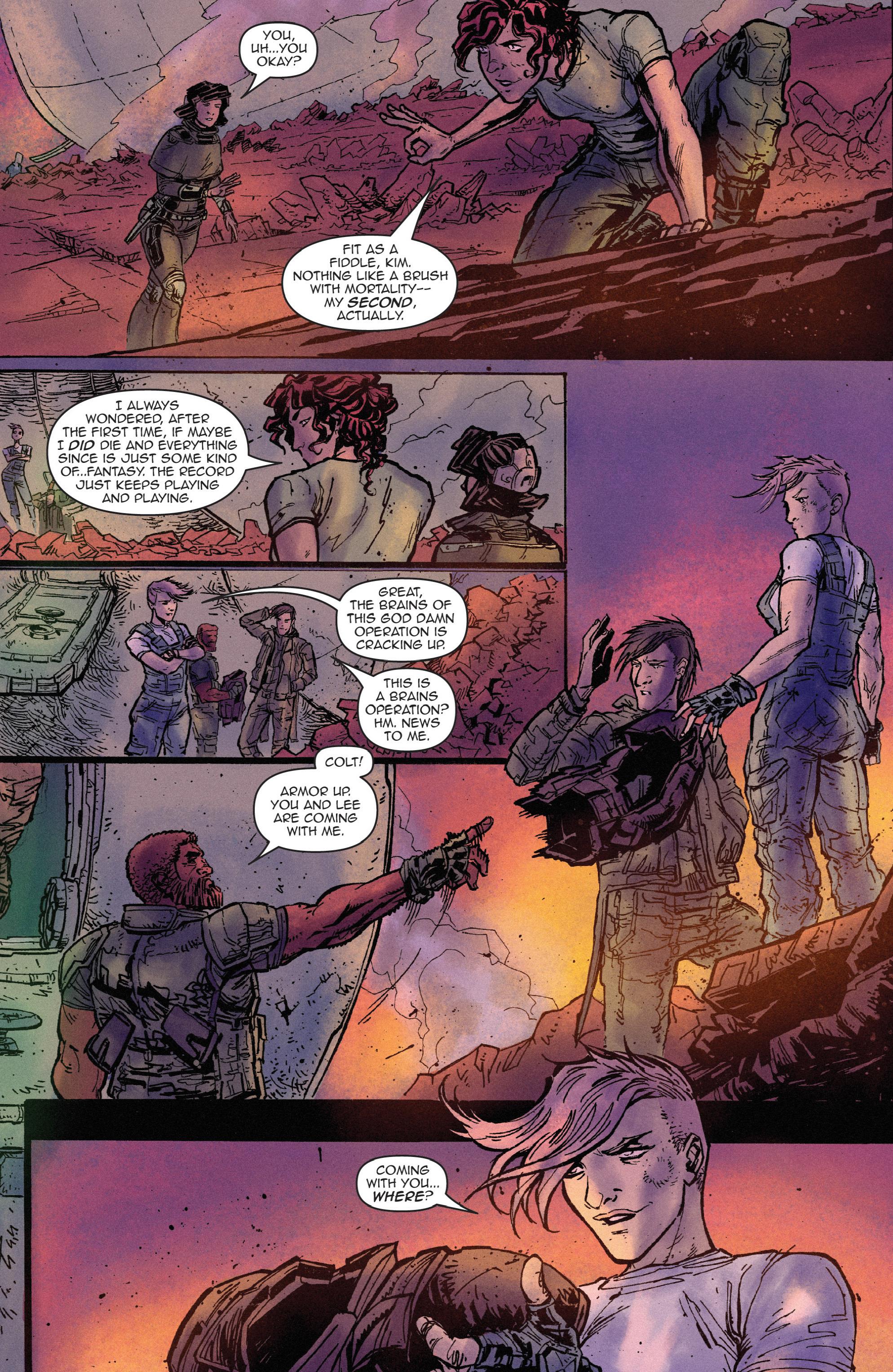 Clandestiny has a very different feel from our introduction to Roche Limit. That was grand scale space opera constructed from small building blocks, but we’re in different territory. The opening sequences occur on a spacecraft heading off on a vague mission to Dispater, the planet at the centre of introductory volume Anomalous, but it’s almost a century later. Michael Moreci introduces his wildly differing cast who scrub along without necessarily liking each other much. Scientists intending to explore mines accompany a military team with orders to deposit a cargo. When the ship is fired upon from Dispater it raises concerns among the scientists. “I’m not in the business of asking questions. I know that your line of work is about inquiry and investigation, and that’s fine, but my job is to follow orders.” is the best response they get from the mission commander. It doesn’t bode well.

Kyle Charles as artist is a vast improvement on the previous book. He’s from the school of murk, his cast constantly bathed in shade, but that’s ideal for setting the tension of the unknown. They also have life and character via posture and expression, and although Charles’ backgrounds are spartan they’re all that’s required to set the scene. They’re enhanced by the solid gloomy colouring of Matt Batagglia.

Moreci recreates the classic situation of overconfident military up against the unknown, the template that began with Alien, but that’s just shorthand for the mood he gestates as the threat the crew face is very different. It’s complicated by the only person still remaining on the planet being a celebrity of sorts, an artificial human first embraced and then disgraced, and believed to have been executed.

Anomalous dragged in places, but Clandestiny is a step up. Moreci has some questions to ask of us, and paces his material to ensure the time to raise them. Whereas Anomalous began as a crime story before building into something else, Clandestiny is an altogether more contemplative form of science fiction. Danger isn’t ever-present, so the cast have the time to question themselves and each other, to consider what really matters to them. Moreci also packs his plot with well conceived character touches. Everyone grieves in some respect, and the mission commander spends time each day pondering the religious trinkets carried by crew members who’ve died under his command.

There’s a constant threat of foreboding as we know from the early stages that one character has an agenda kept secret from the remaining cast, yet is this threatening or benign?

Anyone expecting an immediate follow-up to events of Anomalous may be disappointed, but that stood alone, as does this. There are threads that follow through, almost exclusively in the penultimate chapter, but they’re secondary to other strands. A significant majority of comics deal in superheroes, yet the heroic aspect of the equation is often trivial. Clandestiny supplies heroism in spades, and it’s incredibly moving. Anyone who considered the conclusion to Anomalous tugged at the heartstrings will double their empathy here. This inventive and existential series concludes in Monadic.