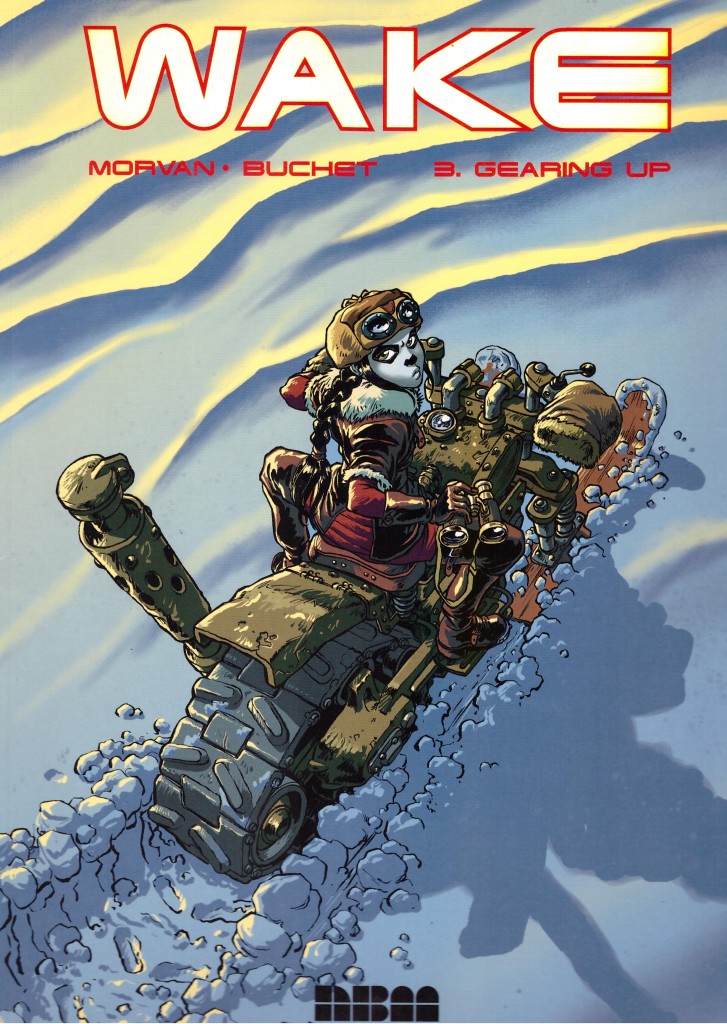 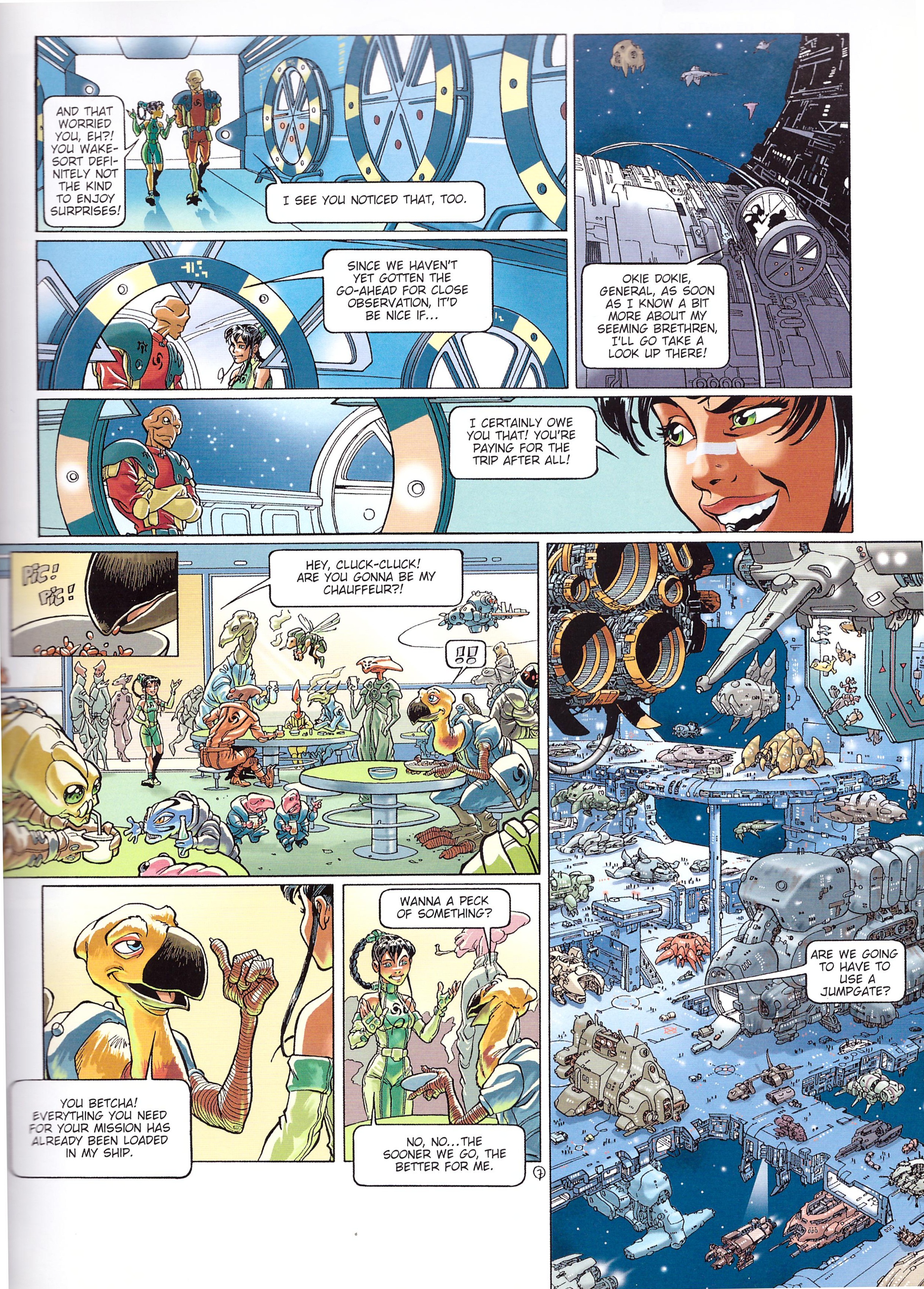 With this third Wake book it finally hits home how adaptable Jean David Morvan and Philippe Buchet are. Their opening scenario of introducing the human Navee into the thousands of different races among a space convoy, Wake, enables their plots to be set in pretty well any type of environment. Gearing Up sees the creators really hitting their stride as they shift the outlook again for a steampunk science fiction tale.

Navee is adaptable and no-one’s mug, but her one overwhelming advantage in Wake’s multicultural society is that she’s naturally resistant to mind-reading species, the only person among millions on Wake for whom this is the case. It’s ensured she’s able to earn her keep by undertaking missions for Wake’s command, and some idle conversation reveals there have been several since Private Collection. There’s been a rapid evolution on an icy planet previously not considered worthy of exploration, where a humanoid race has now already reached the industrial era, and there’s a mysterious protected facility among the icy wastes.

Buchet’s art is ever more impressive. Just take a look at the work and imagination invested in the final panel of a scene setting sequence on the sample page. That diligence isn’t required to indicate a busy spaceport, but displays a dedication and determination to provide value for readers. He’s like that all the way through, bringing an entire civilisation to life on the planet via their complex machinery, at a level roughly equivalent to World War I era Earth. When it’s needed, Buchet is equally persuasive illustrating landscapes and other wonders of nature in his ligne claire style.

Navee arrives on a planet where an elite subjugate the remaining masses, and her sympathies lie with the majority. Allying herself with the small revolutionary movement, the more she discovers, the less she likes. Morvan’s story takes in real world historical analogues, incorporating comments on the colonisation of the USA, and touching on the French Revolution before leading to surprisingly cynicism-free spiritual beliefs pitted against technology. The concluding revelations are sordid, sinister and a great personal disappointment to Navee, but from a reader’s point of view they’re excellent.

Wake really is extremely good science-fiction adventure, and its lack of English language availability is puzzling. To date nineteen albums have been published and another eleven in two spin-off series. This is in France, where it’s a much loved series second in its genre only to Valerian and Laureline, which is pretty elite company. NBM published the first seven, and presumably poor sales are responsible for it being over a decade since the last was seen in English. Someone should really rectify that. The next in the series combines two French books, The Sign of the Demons and another given a title in alien writing.