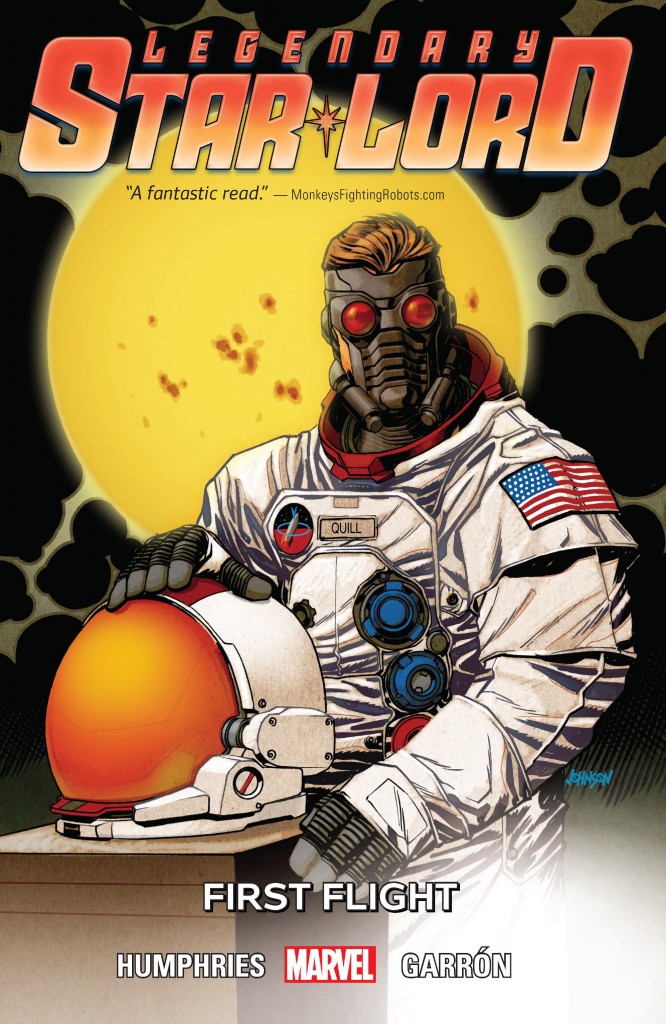 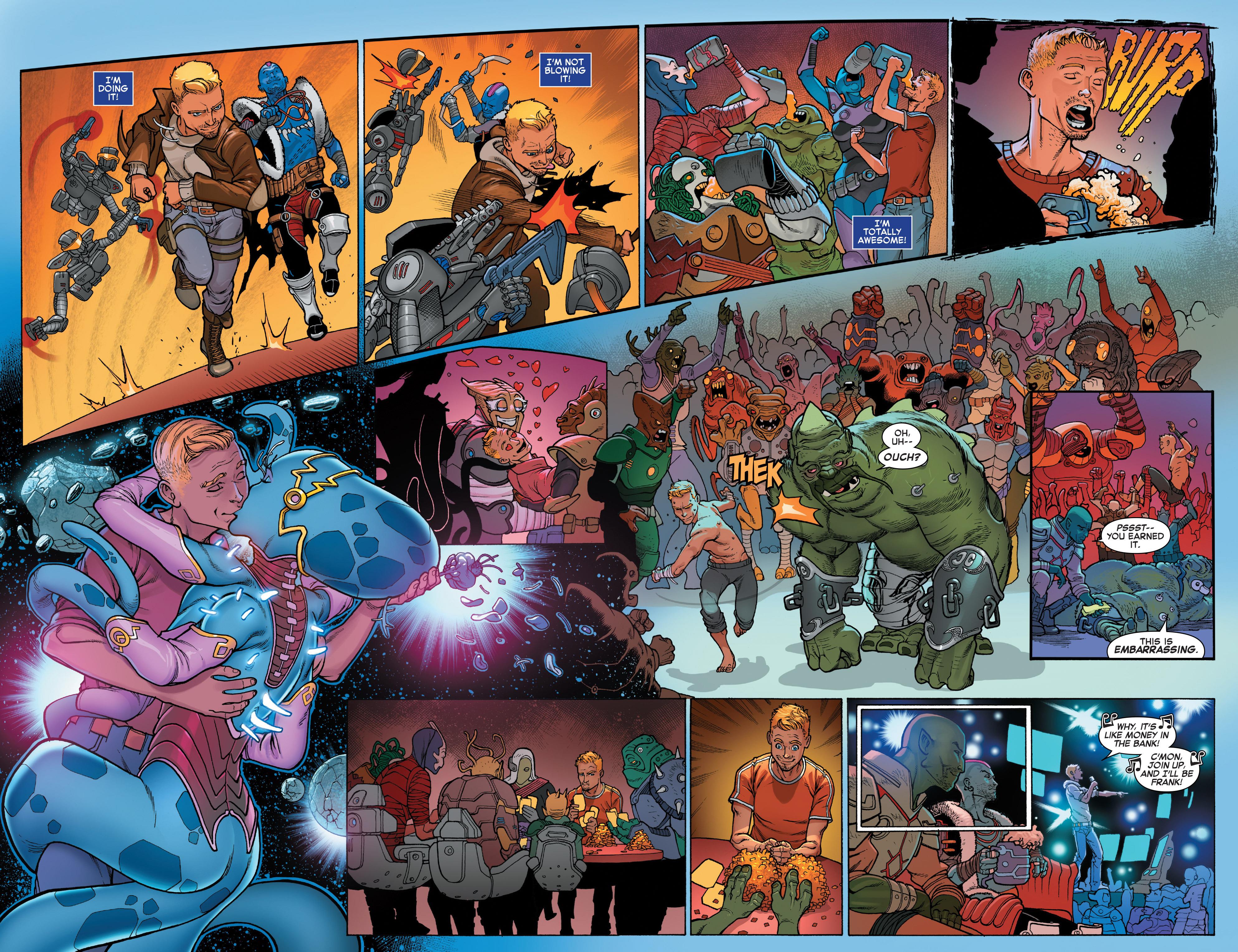 Much has changed since Rise of the Black Vortex, but we don’t need to concern ourselves with any of that, as Star-Lord takes a dip back into the past. This is a graphic novel that reads from opening page to last without any gaps, or intrusions from crossovers, telling a tale with a start, a middle and an end. It even takes the considerate view of beginning with Peter Quill’s first job, a place where he’s not the galactic hero, but the guy who operates the floor polisher. This, though, is in Marvel’s equivalent of NASA where space flight is routine and the craft of several alien races figure among the permanent storage.

It’s a great opening chapter from Sam Humphries, a literary high five where the loser gets to win. Yes, we’ve seen the scenario before, but Humphries pulls it off with additional charm. Even better? The sheer exuberance and seat of the pants improvisation continues right through First Flight. It’s an utter joy of a graphic novel without Humphries or artistic collaborator Javier Garrón putting a foot wrong. This is the same Peter Quill we’ve seen in earlier books, casual to the point of infuriation, rarely planning ahead of what he’ll do five minutes later, and trusting in his charm, but we’re seeing how he became the person worthy of the title Star-Lord. Turns out he was trained by space pirates.

Garrón is one hell of a find as an artist. There’s a confidence and a liveliness to his pages, which feature expansive layouts, kinetic action scenes and detail-packed vistas, but never at the expense of telling the story and telling it really well. He’s great with expressions, which really bring Peter Quill to life. We can see what he’s thinking, which, admittedly, is frequently how to extricate himself from the situation he’s engineered.

In the penultimate chapter everything comes to a head with complicated decision to be made. We know what that decision will be, and Humphries knows we know what that decision will be, and he still makes it a joy to read, having set up the decisive moment earlier in the book. Fun, fun, fun all the way, and the cherry on the cake is learning how the Star-Lord name originated. Fans of the 30th Century’s original incarnation of the Guardians of the Galaxy may not be happy at the use of a particular name, but is it really anything worth even getting lukewarm under the collar about?

This is a punch the air graphic novel channelling the spirit of Star Wars when it was fresh and exciting. There’s so much to be pleased about, not least that it’s in a series that wasn’t living up to potential. Now, if only the same situation could be addressed in Quill’s other home, Guardians of the Galaxy.