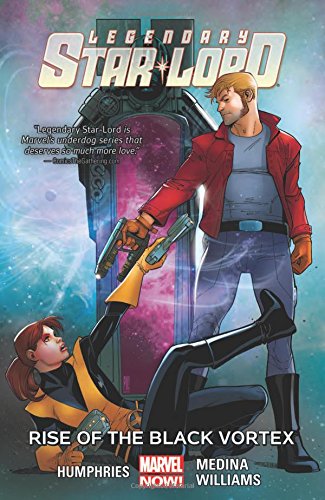 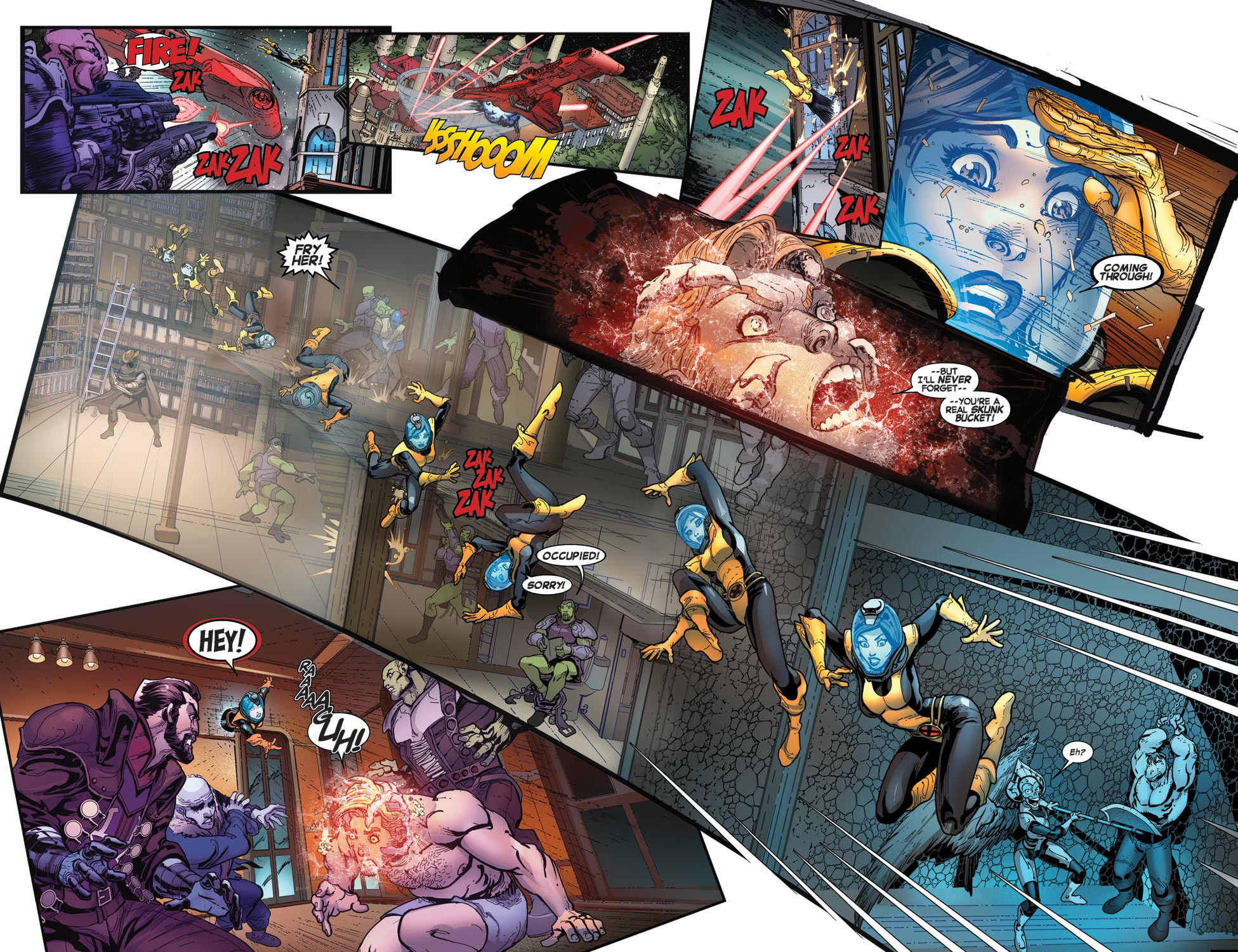 Sam Humphries officially became chronicler of the longest Star-Lord run since his 1970s introduction when he wrote a fourth chapter of the material reprinted in Face It, I Rule. The series has been sustained this time as it’s charming, light-hearted and well drawn (although the art was never previously a problem). Here, though, we hit a gigantic speed bump. Everything’s chugging along nicely for three chapters when Captain Marvel, Nova, the X-Men and the Guardians of the Galaxy all become involved in Star-Lord’s problems. This is part of a thirteen chapter crossover titled Black Vortex. It’s rather good in places, but not when scattered across individual graphic novels a few segments at a time, which is the case of the three chapters featured here, each jumping forward several instalments.

We start well enough, with artist of choice Paco Medina illustrating the holo-date Peter Quill has promised his girlfriend Kitty Pryde as a means of saving their long-distance relationship. Not the time, then, for enemy Mister Knife’s assassins to come calling. It results in Star-Lord attempting to save his life while giving no hint to Kitty that the date switching from venue to venue isn’t as planned. Humphries plays the comedy note perfectly, and it leads into a great rescue mission. Mister Knife turns out to have good reason to dislike Star-Lord, and Freddie Williams’ art is vastly improved on the chapter he illustrated in the first volume (see sample image). Williams and Paco Diaz then illustrate the final run-in to the Black Vortex crossover before Medina takes over again.

To give Humphries some credit, as instigator of the Black Vortex saga, he ensures the chapters included here have a full recap of what’s happened between issues, and they work as snippets of the entertainment and escalating threats it presents. It is, however, like watching three episodes of a TV show’s season, so not very satisfactory, and worse, there’s a significant Star-Lord moment not reprinted here that has some relevance. It’s followed up not here, but in the Guardians of the Galaxy collection Through the Looking Glass.

It’s another brave move from Humphries, that in the final chapter, the last issue of Star-Lord’s series, Peter Quill is entirely absent. Instead we meet the Collector, who must now have employed a wardrobe advisor, and drop back in on Star-Lord’s half-sister. It’s the best of the book. You’ll laugh, you’ll cry and you’ll love it even without Star-Lord. He next appears in First Flight, but much has changed.