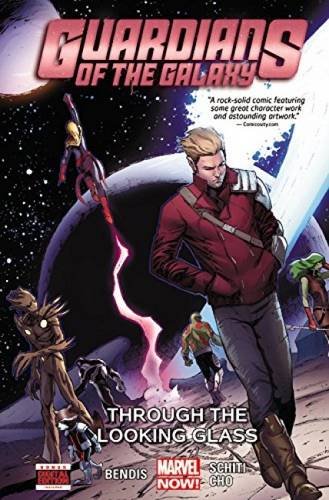 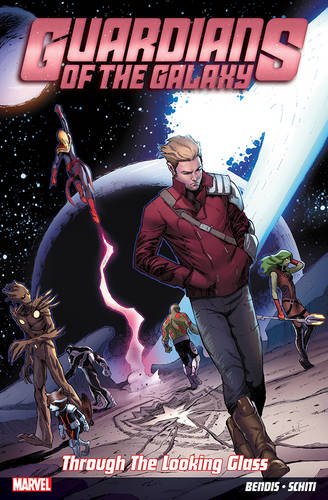 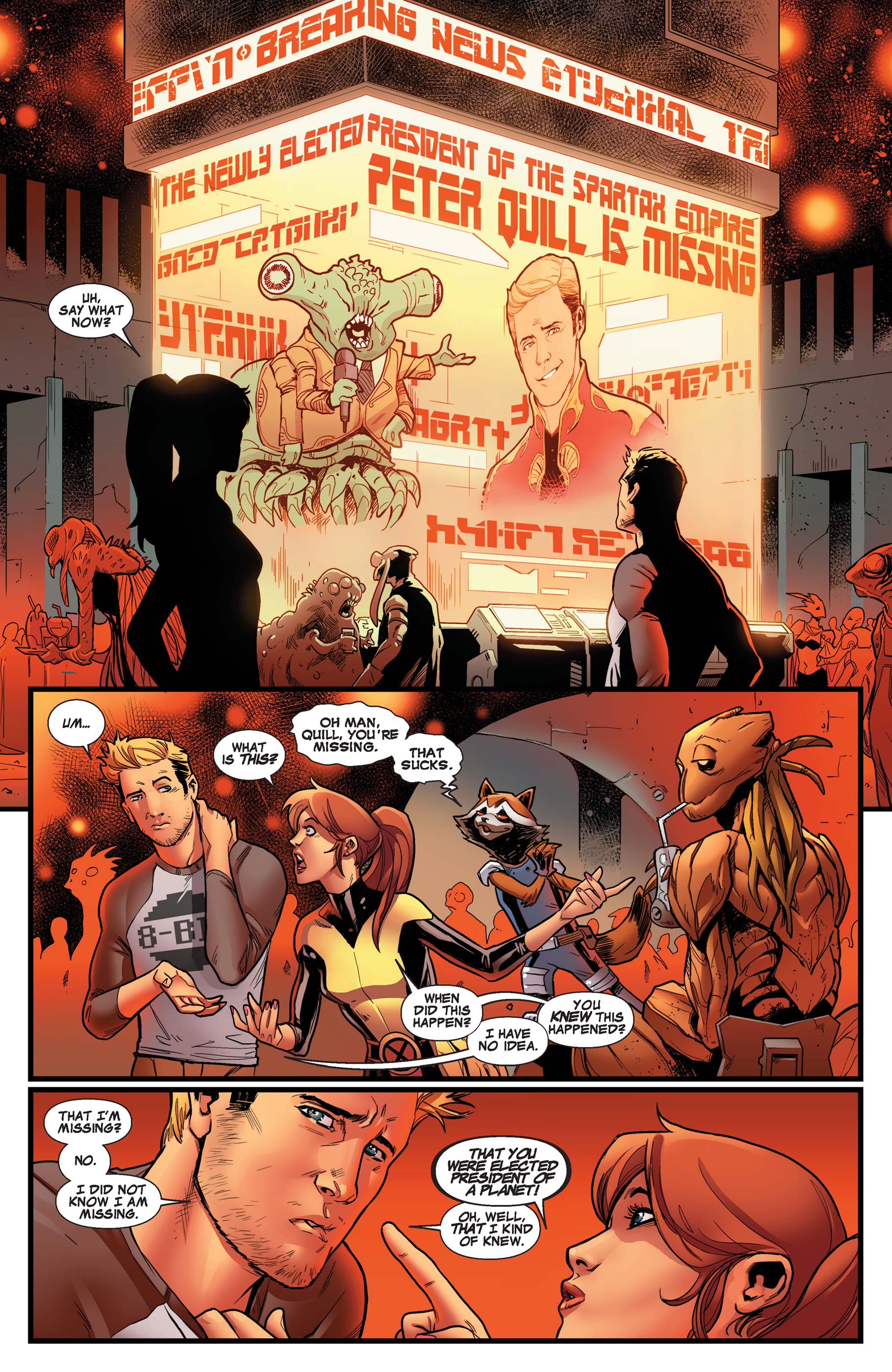 This is the final Guardians of the Galaxy collection in this incarnation, and what a shoddy product it is. It’s aimed at squeezing every possible penny from fans by either forcing them to buy two-fifths of the material twice or deriving very little value from those two chapters.

Yes, yet another crossover intrudes, this time Black Vortex. These are two isolated chapters from thirteen, sprawling over seven different comics, also collected in the book of that title, and one of which makes little sense in isolation. It’s to be presumed that editorial thought considered the remaining three stories too slim for a book on their own, which is true enough, but the current presentation smacks of mercenary exploitation.

What those chapters do display is Valerio Schiti’s progress as an artist. His first work in Original Sin hardly made best use of the vast, strange and exciting canvas the Guardians occupy, but now he’s come to life, adding a sense of wonder to his art, and that continues throughout the book. Furthermore, lessons have been learned, and when the story plays out horizontally across a spread, dialogue and art are no longer swallowed by the binding.

Frank Cho illustrates the opening chapter, in which Nick Fury and a S.H.I.E.L.D. helicarrier manifest through a warp hole in the Guardians’ vicinity. Brian Michael Bendis adopts an odd tone for Fury from the start, indicating something’s not quite right, and indeed it isn’t. Cho supplies his usual excellence, not going too far over the top with regard to objectifying women, and recontextualising a classic Jim Steranko illustration of Fury from the 1960s. The set-up and revelation are well worked, and this is a welcome diversion before the chapters of Black Vortex.

Even in isolation the first Black Vortex tie-in has a pull, with the Guardians and X-Men debating the wisdom of using a device that will transform them into their ideal persona, but at a possible cost. The second, in the wider context has some shocking content, but here without the build-up it’s just a busy fight scene with diminished impact before dropping in assorted other involved superheroes. Rather shrug of the shoulders in fact.

After that we head back to the plot last seen in Original Sin, which ended on quite the shock for Star Lord, who discovered he’d been elected as President of the galactic empire based on Spartax, and formerly run by his despotic father. It’s not a task he wants or enjoys, and there’s an element of manipulation in his acceptance. The tale begins well before evolving into a battle against alien invaders that isn’t as compelling.

A problem with this entire series has been the constant editorial requirement to incorporate outside elements. After a shaky start, the Guardians have worked best when Bendis is left to his own devices with the core cast, and that’s the case here as well. Thankfully, it also applies to Emperor Quill, launched as a new series following Marvel’s 2015 shake-up.