Guardians of the Galaxy by Brian Michael Bendis Omnibus 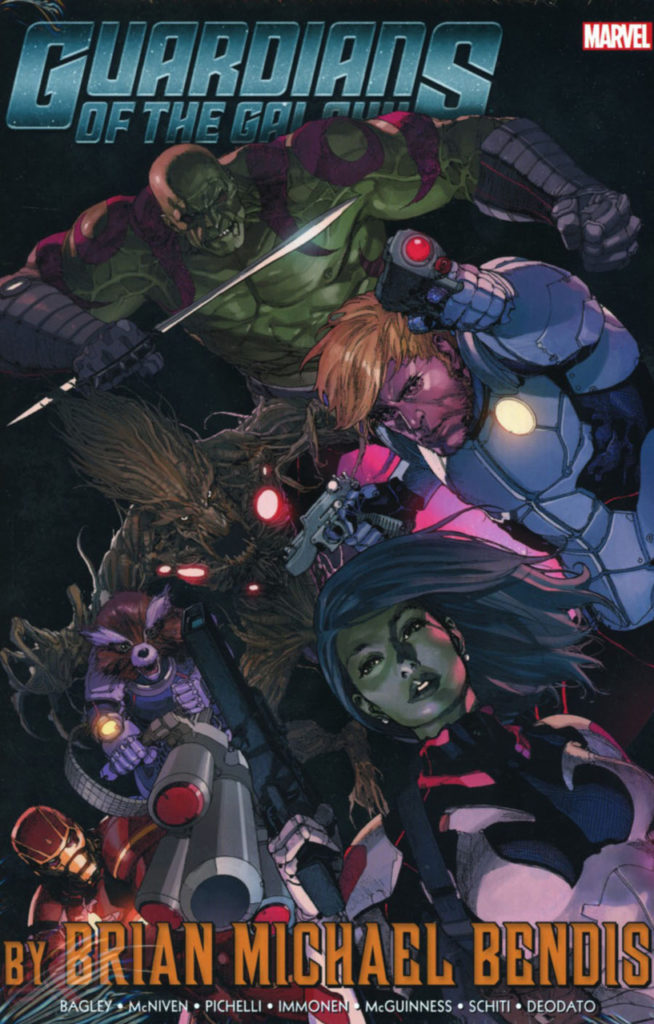 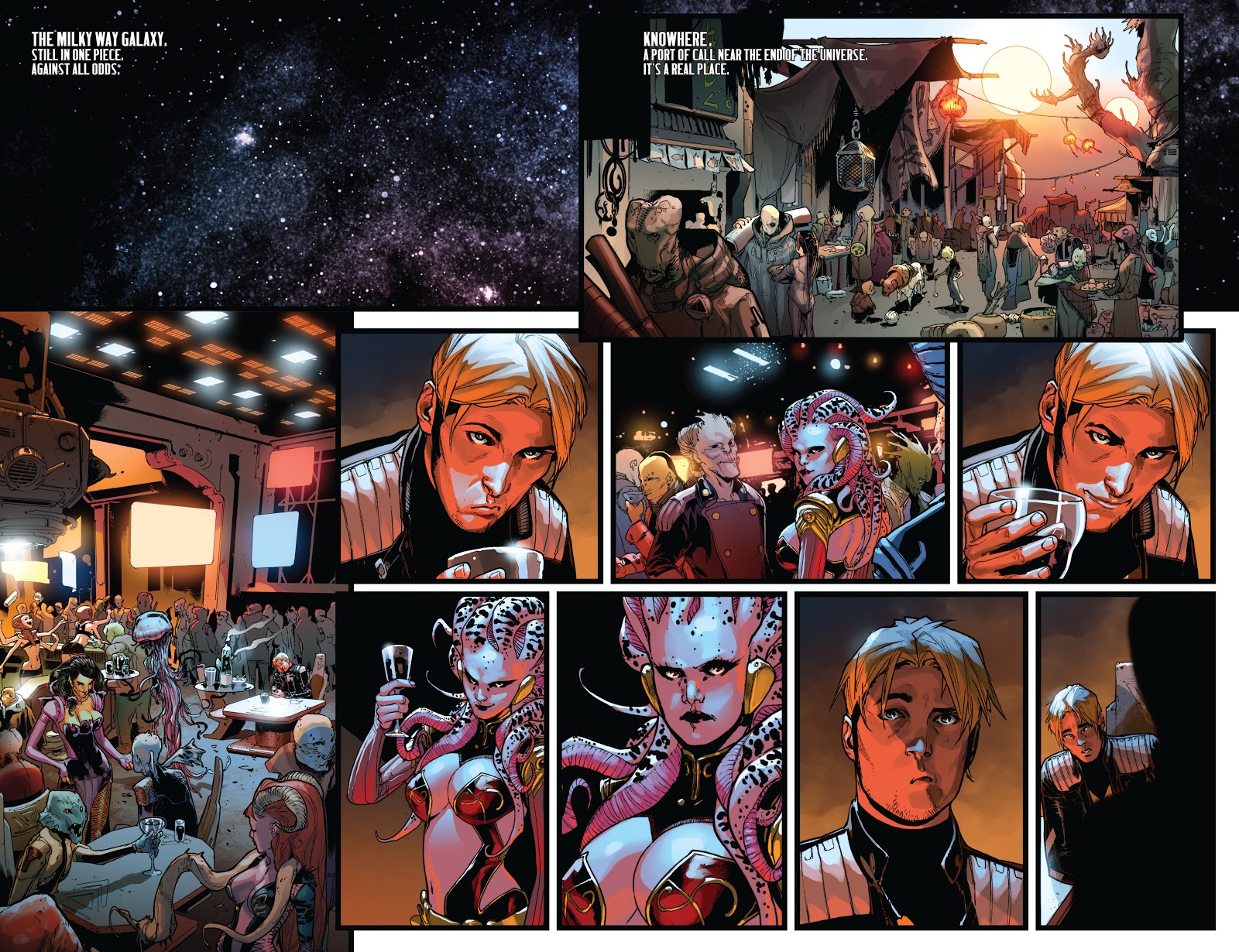 In graphic novel form, much of Brian Michael Bendis’ Guardians of the Galaxy run was disappointing. It didn’t start well and only infrequently sparked into life, featured decompressed plots, left out chapters from crossovers, had characters sidelined and disappearing, and gave the impression of Bendis either not coming to grips with cast or coasting. All of that delivers several reasons not to bother with an expensive hardcover collection.

However, the one area where the series consistently shone was the art, and these oversized editions are designed to showcase that at its best. With long sequences of Mike Deodato, Stuart Immonen, Steve McNiven, Sara Pichelli and Valerio Schiti, plus shorter runs from Frank Cho, Mike Del Mundo, Francesco Francavilla, Kevin Maguire and Ed McGuinness, there’s very little substandard art, and a fair proportion of it is spectacular. Due to it being by some distance the best sequence, the sample art features Pichelli’s work from The Trial of Jean Grey. The galaxy’s powers that be learn that X-Man Jean Grey has somehow manifested back in the present after her presumed execution for crimes committed. Should her younger, innocent self suffer the same fate? The teaming of X-Men and Guardians works nicely, the solution is finely devised, and it looks great.

Marvel’s cinematic universe is stamped over much of this content except in the most obvious way of having the Guardians in the comics being the same characters seen on movie screens. They start off in what was originally Avengers Assemble, an Avengers series contrived to present just that, and when rebooting the Guardians in their own series just before their movie release, the presence of Iron Man is barely concealed as a marketing ploy. So what’s wrong with the rest? Well, it comes across as if Bendis just isn’t interested. He’ll forget Angela or Venom’s a member of the team for chapter after chapter, too much depends on knowing what’s happened elsewhere (Angela’s introduction, Star-Lord’s relationship with Kitty Pryde), and the rush of action is often there to disguise there’s not much to the plot. This is most apparent in the four chapters originally published as Guardians of Knowhere. The worst of it is repeating the mistake of the Through the Looking Glass collection, by printing only two random chapters from the Black Vortex crossover. One just about makes sense without the rest of the story, the other doesn’t.

Longer reviews going into greater detail about why this compilation might not be an ideal purchase can be found following the links above and ones to Guardians of the Galaxy: Cosmic Avengers, Angela, Guardians Disassembled, and Original Sin, plus Guardians Team-Up. Alternatively, just the five Guardians trades along with The Trial of Jean Grey were spread over three earlier standard size hardcovers starting with Volume 1.