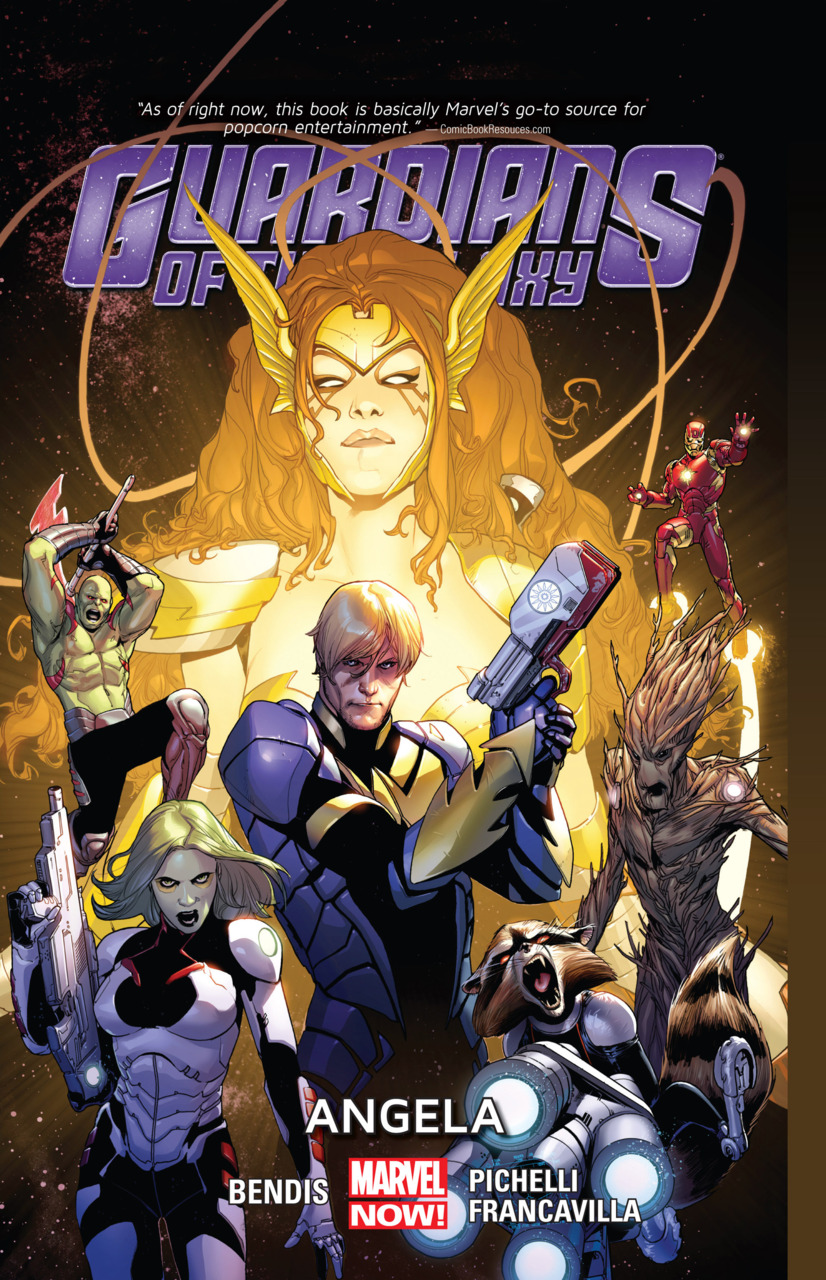 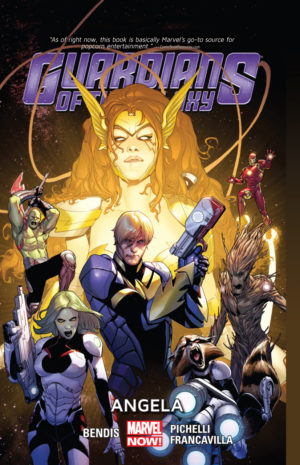 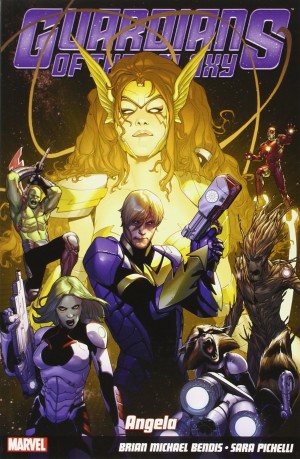 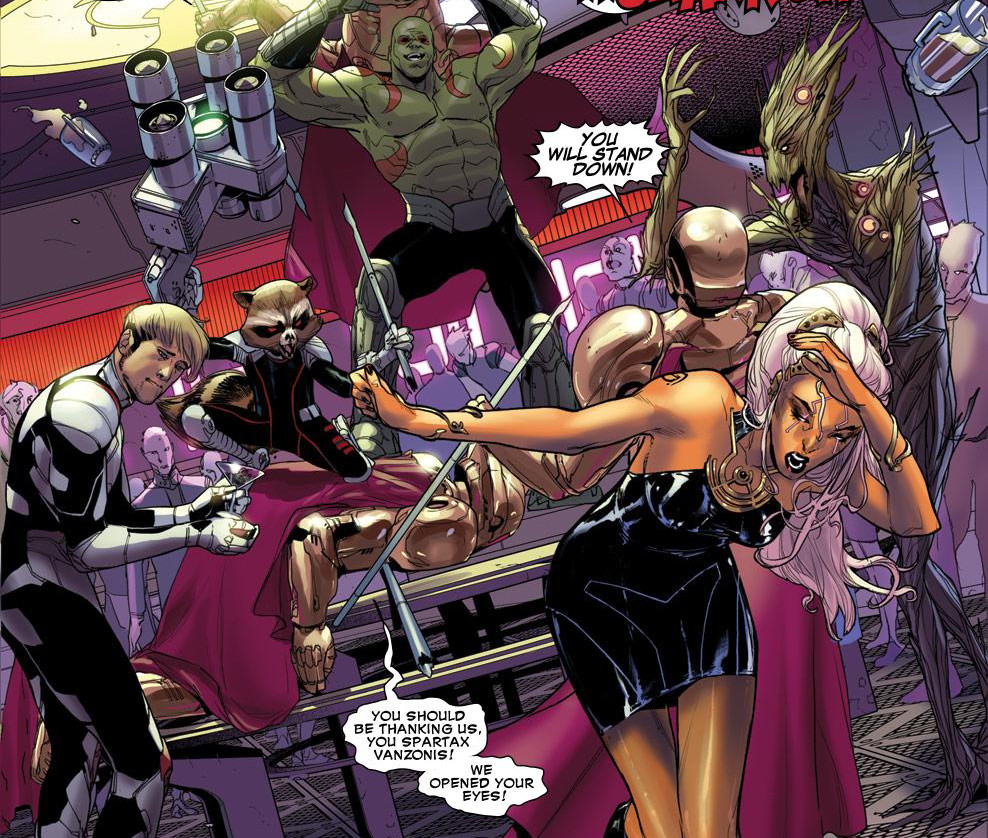 Cosmic Avengers was a disappointing re-launch for the Guardians of the Galaxy prior to the release of their film, and sadly matters don’t improve greatly with Angela.

There are several problems. Key to the story is that a bounty-hunting angel has dropped through a tear in the universe. There are several references to this tear in the opening chapters, and the cause being humans, but unless you read Age of Ultron you’ll be left wondering how. Furthermore Bendis employs an extremely compressed form of storytelling for some sequences, presuming anyone reading will be familiar with what’s going on in other books, most particularly the Infinity crossover event. Iron Man just shuffles away, reinforcing the idea that his presence was merely a marketing-led contrivance. And we have the Angela problem.

There was something faintly desperate about Marvel’s determination to make Angela the event character she may have been had they acquired her in the late-1990s when she was popular. Instead, after a court battle lasting several years, she dropped into their laps along with Marvelman/Miracleman. Brian Michael Bendis certainly has no idea what to do with her in a collection bearing her name.

Bendis, elsewhere so good for so much of the time around Marvel characters, somehow isn’t firing on all cylinders, although, as noted, not helped by much of the story being told elsewhere. There are nice character touches – Rocket Raccoon’s conversations with Tony Stark – but we have decades out of date Go-Go’s references for a poor joke, heaven reduced to some caveman scenario, and three pencil artists over seven chapters.

Can no artist these days commit to and see out a six issue sequence? Sara Pichelli and Steve McNiven meshed in Cosmic Avengers, but McNiven’s gone, and for a couple of chapters Pichelli is a star turn. Decorative and emotionally intuitive, her art is a real treat and raises relatively average material. In other circumstances Francesco Francavilla, here colouring his work as well, would be very welcome, but his looser style is a complete contrast. Kevin Maguire’s closing chapter is closer to Pichelli’s approach.

Well, “closing chapter” isn’t exactly the case, as the conclusion to whatever it was that was occurring takes place somewhere else, and the final chapter here is primarily new BFF’s Angela and Gamora setting about some Badoon slavers on a remote planet. 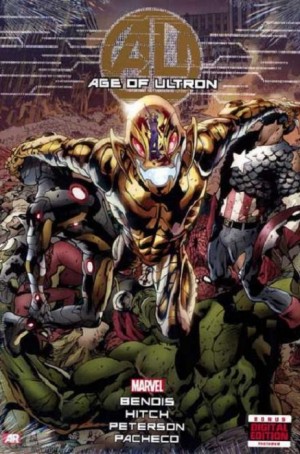 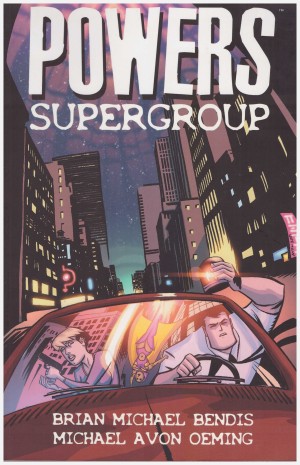 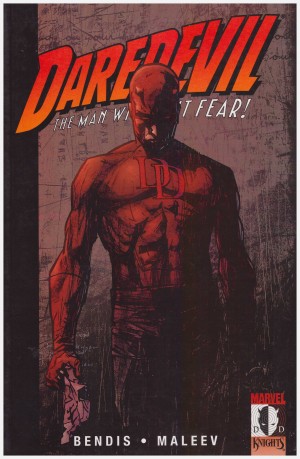