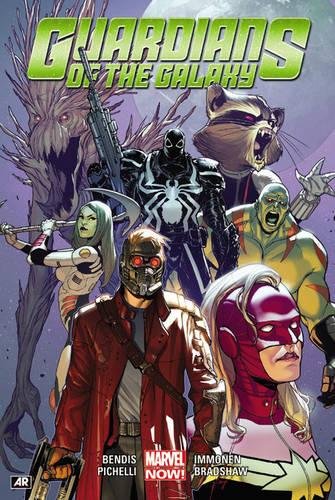 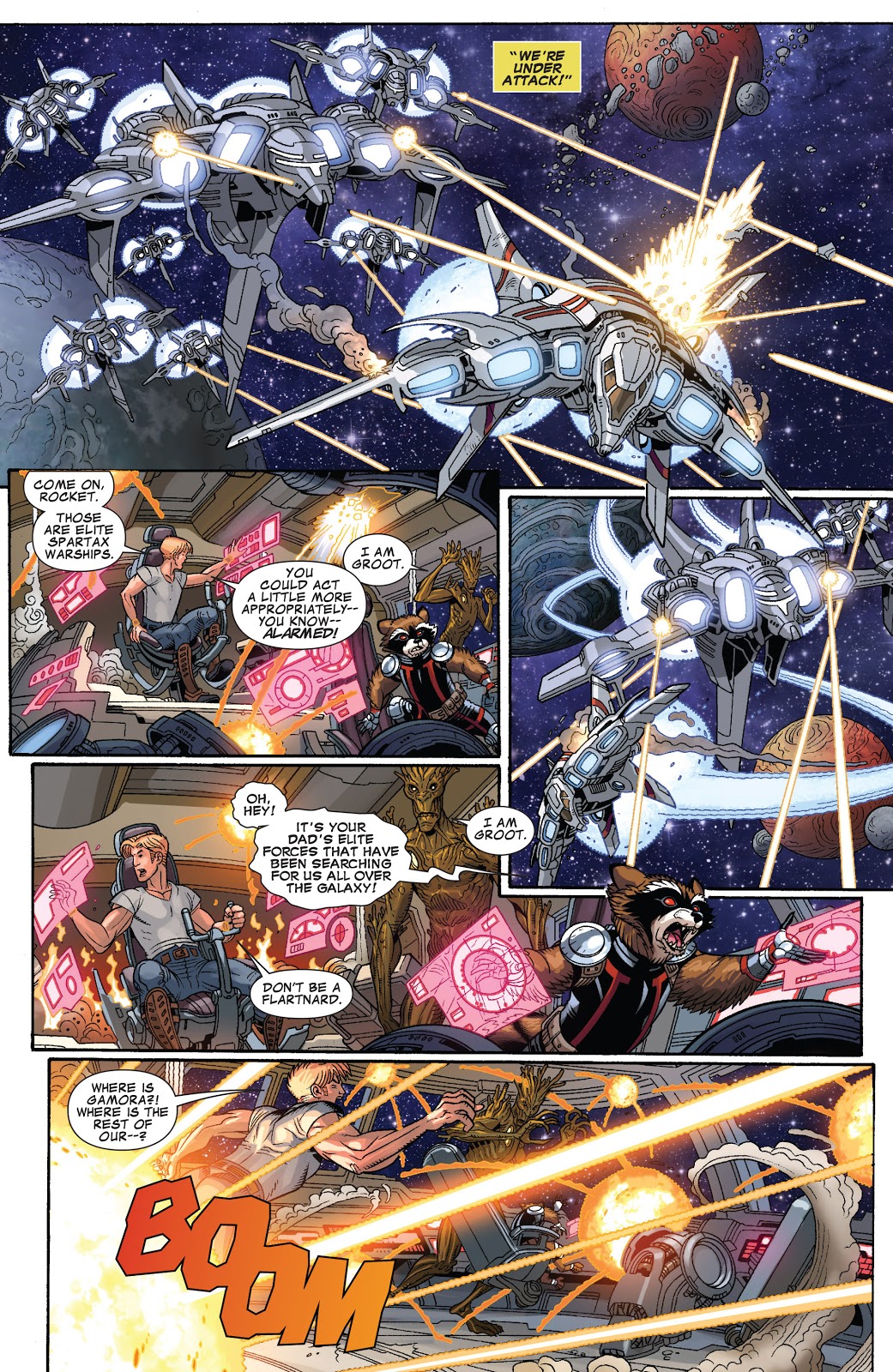 A second hardcover collection of Brian Michael Bendis’ Guardians of the Galaxy stories features the finest story he produced as it combines what was issued in paperback as The Trial of Jean Grey and Guardians Disassembled.

It’s the Jean Grey story that hits all the right notes, although may confuse fans who’ve never read Guardians of the Galaxy, but were drawn in by the movie poster cover on Vol. 1. It teams the Guardians with the X-Men, then also being written by Bendis, and showcasing his smart idea of pulling the original young teenage X-Men forward in time to the 21st century. It had been an eye-popping ride even before they learned Jean Grey’s destiny was to grow up, suck in a powerful galactic force, wipe out a planet and be executed after a trial by the galaxy’s great alien powers. She’s unhappy on learning about this, and those alien powers aren’t happy that she’s apparently back. The resulting deliberations see the novice X-Men dragged into space, the Guardians involved, and a story that constantly twists around. It’s a winner even before factoring in the astounding art from Stuart Immonen and Sara Pichelli, both of them putting in an astonishing amount of effort to create amazing locations and populating them with over a dozen characters.

Unfortunately, the remaining content is nowhere near as good. Captain Marvel and Venom join the Guardians, their fate being to star in one story centred on them, then disappear for episodes at a time with no mention of where they might be. For much of the remainder the Guardians are separated, with some really powerful enemies tracking them down in rambling stories padded via the use of big images across spreads. The sample page is from Nick Bradshaw, the most frequent and the best of numerous artist in this section, some of whom are nowhere near as good. Over the entire series to this stage the most interesting sequences have concerned Star-Lord and his despotic father, Bendis giving a nuanced portrayal of the characteristics required to run a galactic empire, and those scenes are again the most readable. Dan Abnett’s brief visit to the 30th century Guardians of the Galaxy is the best of the accompanying short stories, but it could have looked better.

As an alternative to these hardcovers, there’s Guardians of the Galaxy by Brian Michael Bendis Omnibus, collecting his entire first series and much more in an oversized format.