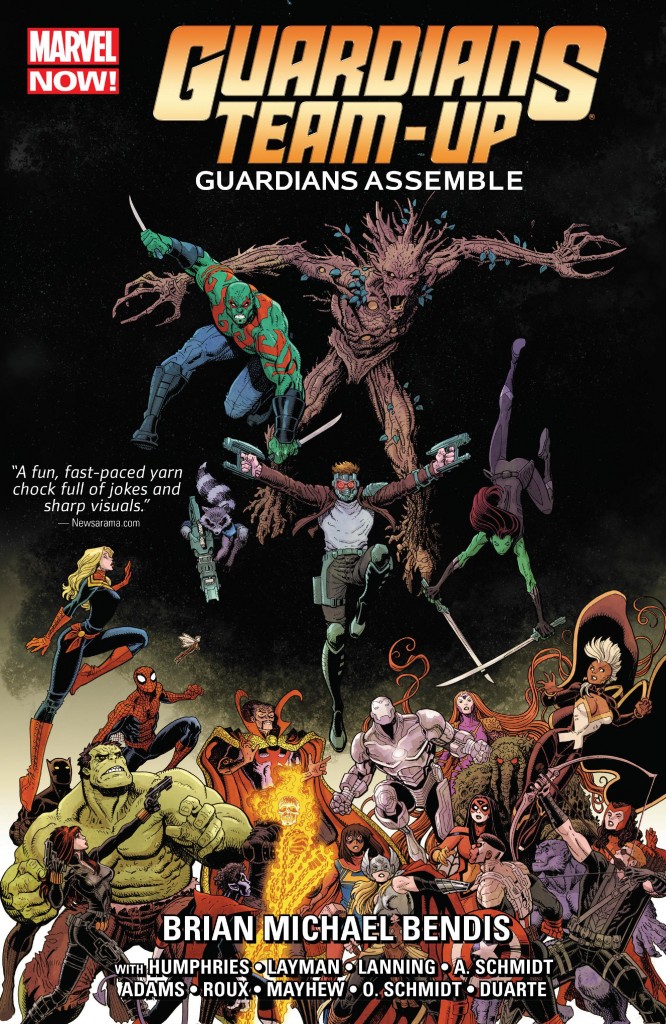 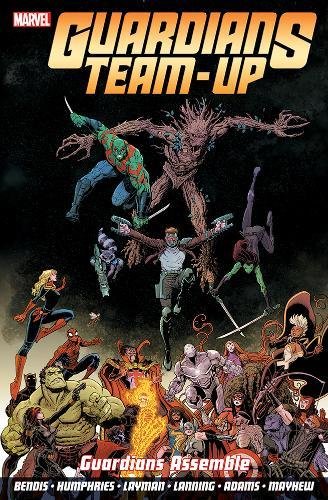 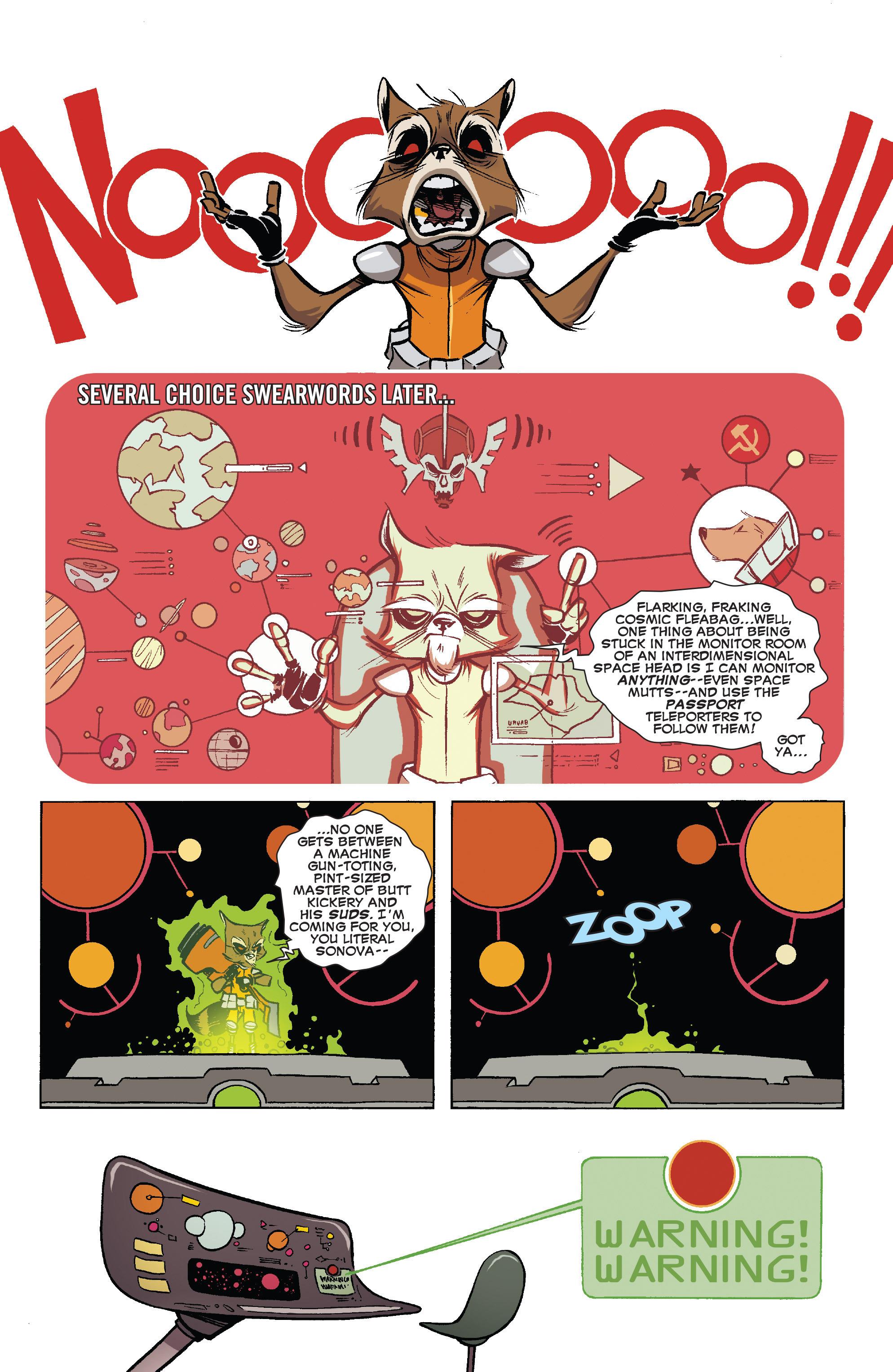 Team-Ups and crossovers are inevitable in the comics’ world, fans salivating at the thought of their favourite heroes allying against a common cause. Granted it occasionally works out, but the primary motivator is the possibility of increased sales. In this case it is to cash in on the unexpected success of The Guardians of the Galaxy cinematic adaptation, the characters and plot-lines of  Guardians Assemble being very similar to the film.

Unsurprisingly Brian Michael Bendis kicks things off. This two-part story sees the Guardians crash land on Earth after an attack by an unknown star ship, teaming up with the Avengers to rescue an abducted team mate. The opening chapter  is nicely illustrated by Art Adams whose use of grimy edges gives the action-heavy storyline an edgy feel that counterbalances some classic one-liners and banter between Guardians and Avengers. Unfortunately the second half though falls flat when the lettering fails to really capture either the expressive gestures of Stephane Roux and Jay Leisten’s work or Bendis’s funny dialogue.

Sam Humphries scripts a story tying into Black Vortex and featuring Ronan the Accuser, the film’s main antagonist. It bamboozles, Mike Mayhew’s illustration looking like dated 3D animation. Better is John Layman’s ‘Gamora meets She-Hulk’ in a fun yarn that is brilliantly rendered by Otto Schmidt with good angles, great colours and fantastic action. Gamora is chased by bounty hunters and crash lands on earth. “Gamora is a green warrior-woman on a planet full of semi-advanced pink primates. How hard could she possibly be to find?” Except Jennifer Walters aka She-Hulk is green. See where this is going?

Also included is the digital comic Tails of the Pet Avengers collecting six very short stories also collected in the surprise hit Lockjaw and the Pet Avengers.  They imitate the formats of a Saturday morning cartoon, short and to the point, written mostly by Pet Avengers scribe Chris Eliopoulos. The Pet Avengers incidentally feature in the best story of the bunch with the irascible Rocket Racoon and Cosmo the Space Dog. Written by Guardians alumni Andy Lanning with Andy Schmidt it’s cheeky, well scripted and hilarious fun that also shows off Gustavo Duarte’s brilliant cartooning skills (featured).

More team-ups are on the horizon in Guardians Team-Up Vol. 2: Unlikely Story.