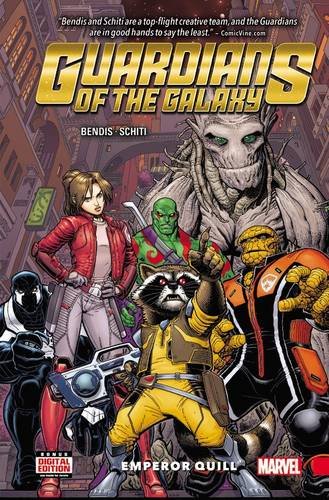 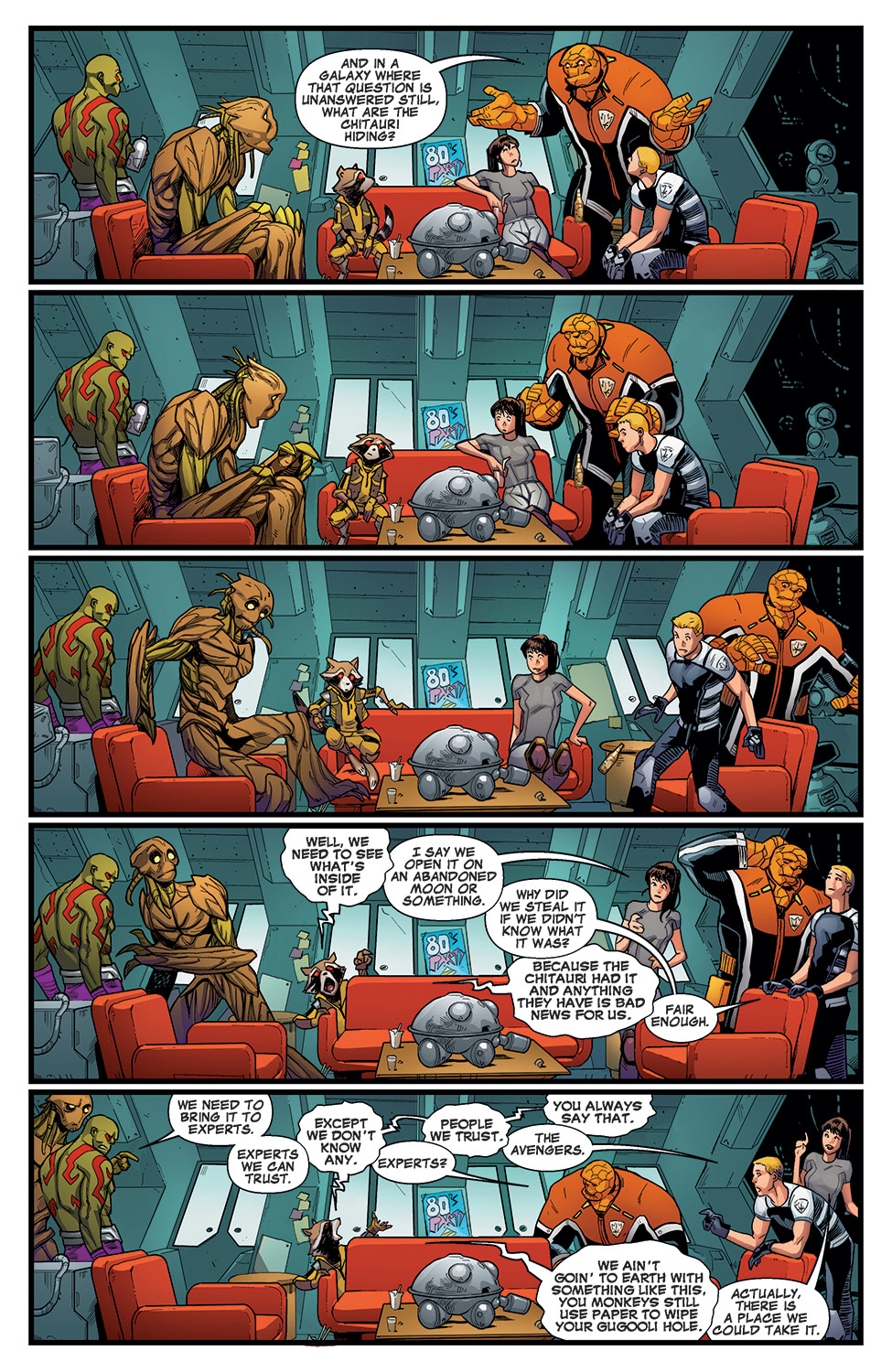 Guardians of the Galaxy emerged from Marvel’s 2015 reboot relatively unscathed. Brian Michael Bendis had already shifted the ground in the pages of Through the Looking Glass, in which Gamora departed and Kitty Pryde arrived. That only leaves the Thing to explain. He fits in just fine, a rocky exterior no longer a source of stares when you’re out in the universe, and he’s provided with a signature moment toward the end. Peter Quill is emperor of the Spartax empire, and hating every second, while Kitty’s adopted his Star-Lord identity.

From a faltering start, Valerio Schiti has developed into a top notch artist. He can deliver the spectacular spreads (see the second chapter), some great kinetic action scenes, and the facial expressions required to characterise the cast. Bear in mind that’s a cast including a rocky monster, a large tree, and a raccoon.

The crux of the plot ties into Black Vortex, in which the Kree homeworld was destroyed. The Guardians escaped that fate (whew!), but not the blame for some involvement, and now an almost infinitely powerful Kree Accuser has arrived on Spartax demanding vengeance in the old testament style. Looks like she’s going to get it as well.

This is the best Guardians of the Galaxy graphic novel to date, and by some distance. There’s no crossover to force in, so Bendis can concentrate on his own cast and plots, and the awkwardness of his early scripts has completely evaporated. This is rip-roaring cosmic adventure that keeps the pages turning. There’s a problem with one character, who when last seen was powered up to near-invincible levels, yet is a victim here, and in terms of the series, the one element on which Bendis still appears to lack a handle is the presence of Venom. With exception of a tale shedding light on his background in Original Sin, Venom’s pretty well superfluous to almost everything, and he’s now been part of the team for four graphic novels.

If the series continues like this, though, it’ll have finally approached its potential.