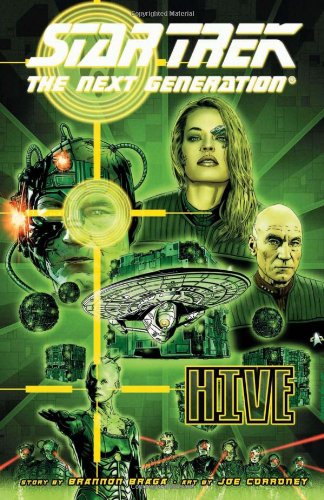 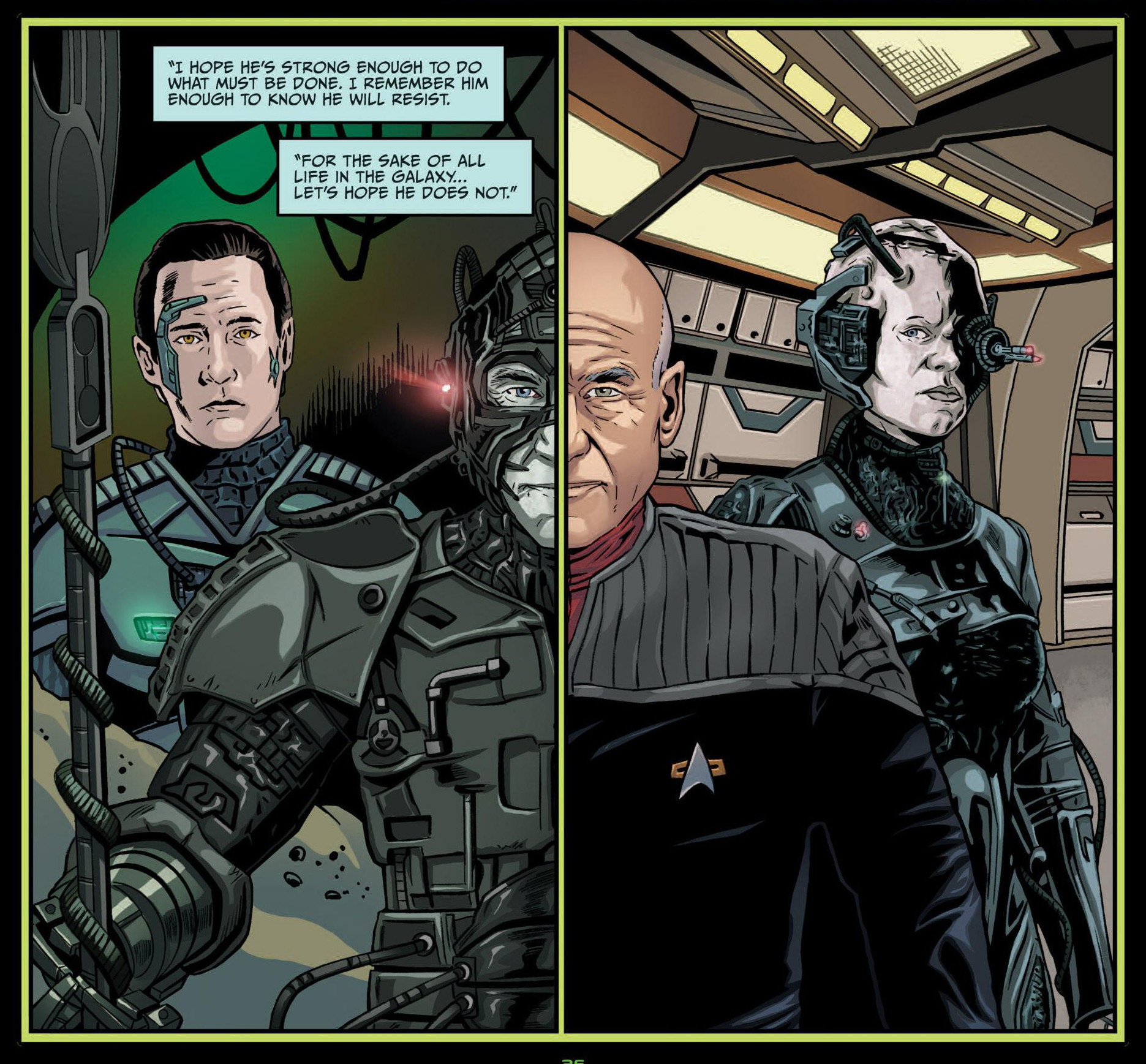 Star Trek graphic novels don’t come much better than Hive, which opens in the 29th century with a shocking image of a Borg-assimilated Captain Picard supervising other Borg. “We pursued total assimilation of the galaxy. We attained the power to do this, but lost the ability to ask why it was worth doing.”

From all his years working on Star Trek TV shows Brannon Braga knows his way around the cast and what hooks readers into a plot. Back in the 24th century the Borg approach Picard on the basis of their former association claiming they have a problem. They’ve been experimenting with inter-dimensional travel, only to meet the Voldranaii, a technologically powerful and fearsomely aggressive species who the Borg were unable to assimilate. Rather inconveniently, the Voldranaii have followed them back intent on purging the galaxy to ensure no further incursions into their realms. In order for the Federation and the Borg to survive they must unite against this new foe.

Joe Corroney’s artwork is excellent. IDW’s Star Trek material was plagued by artistic inconsistency, yet Corroney not only delivers the convincing hardware required for a tale with the Borg prominent, but also decent cast likenesses across the board and first class storytelling. It’s a sadly rare combination.

Braga’s tale has two primary strands. In the 24th century the Enterprise, with Seven of Nine returned, allies with the Borg against the Voldranaii, while in the 29th century Picard’s Borg identity Locutus attempts to redefine the world. The plot takes some twists, and even with the path laid out early the tension is sustained, which is a decent achievement. There is a particularly unsubtle implant whose purpose is a plot convenience, but in compensation Braga throws in a compelling ethical dilemma, and some fine character moments. Not the least of these is Picard’s cerebral restlessness and isolation stemming from his brief assimilation into the hive mind.

One character is definitively and seemingly irrevocably changed through their participation in Hive. It has a shocking effect, as we’ve become so used to all those using characters from TV shows or films in their graphic novels having to place all the toys back in the box undamaged by the end of their story. Presumably Braga’s lofty status within the official Star Trek hierarchy permits this novelty.

It’s frequently the case that material featuring beloved characters adapted from other media can be recommended to fans of the source. Hive is a rare graphic novel transcending this recommendation. Anyone who enjoys a science-fiction action thriller should take a look.