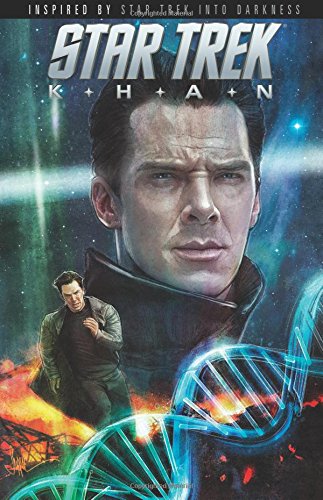 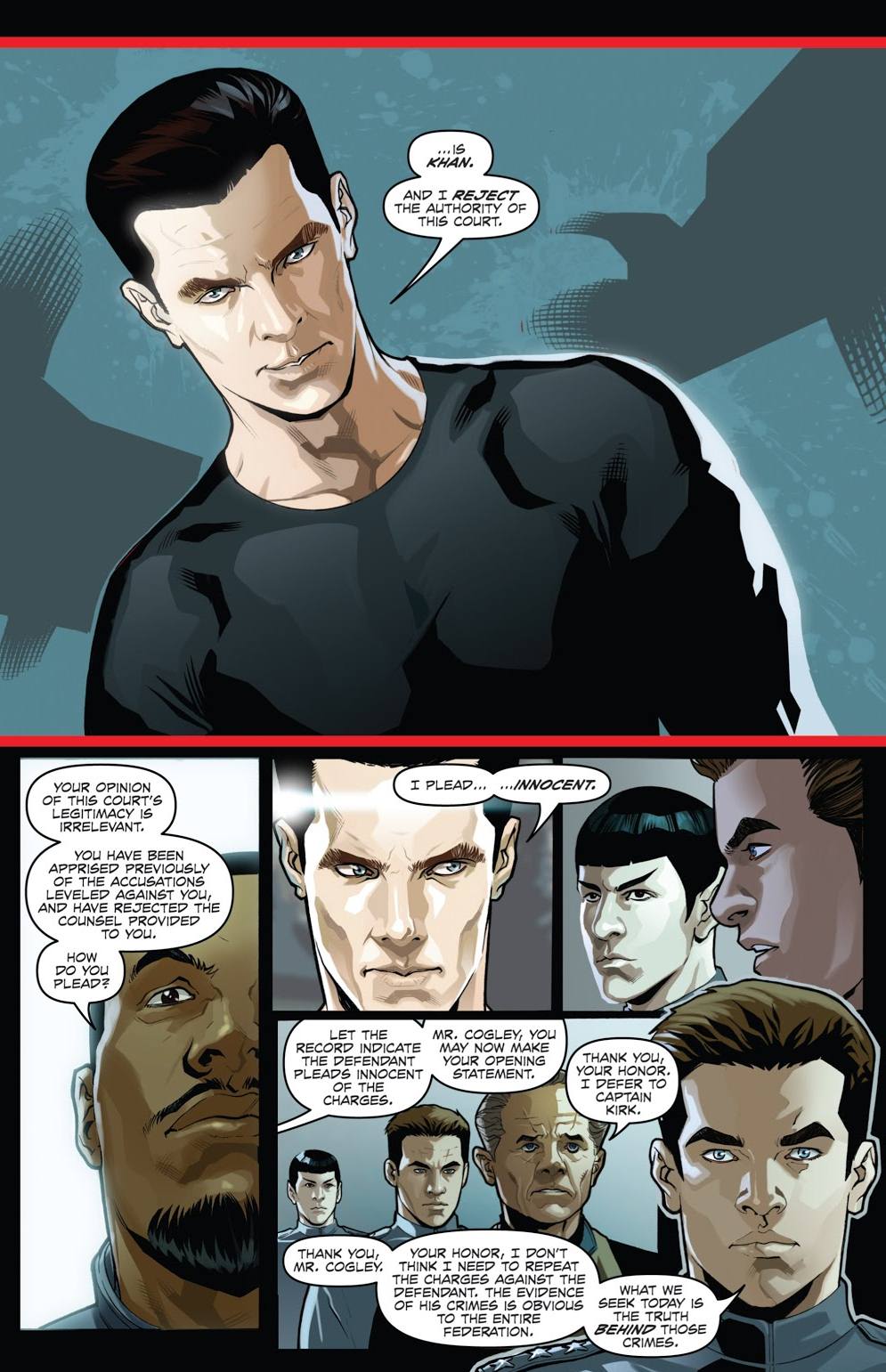 Firstly, it’s to be presumed that all interested parties have now seen Star Trek: Into Darkness, around which much of this book’s plot revolves.

Khan concerns a recurring character of that name involved with the original 23rd century Enterprise crew. He was first seen in the 1960s Star Trek TV show, and his fate was followed-up in the 1982 movie Wrath of Khan. His participation in Into Darkness, where he was portrayed by Benedict Cumberbatch, preceded his original appearance, and he was first seen as renegade Starfleet officer John Harrison. Harrison’s true identity of Khan is revealed during the film.

This tale by Mike Johnson begins with Khan being hauled into court to stand trial for the events of Into Darkness. He’s asked first why his appearance now differs from that which was known (presumably as played by Ricardo Montleban in the 1960s and 1980s), and from there Khan relates his entire history from his abduction for genetic tampering in 1972.

The background provided is credibly pieced together by writer Mike Johnson, but drawn in the most ordinary fashion by Claudia Balboni and Luca Lamberti. Balboni is the better of the two, less reliant on picture reference, but she might have taken the trouble to research that no road runs beneath the Eifel Tower. She’s also poor on ageing her cast, with little difference between the cast she illustrates in 1972 and the same people in 1989. Better altogether is David Messina, but he only pencils the sequences set in the present day, during which he puts the effort into decent Cumberbatch likenesses.

Graphic novels told entirely via narration in hindsight often have difficulty maintaining tension, and that’s the case here. Khan is okay as a companion piece to the film for completists, but hardly essential or compelling.