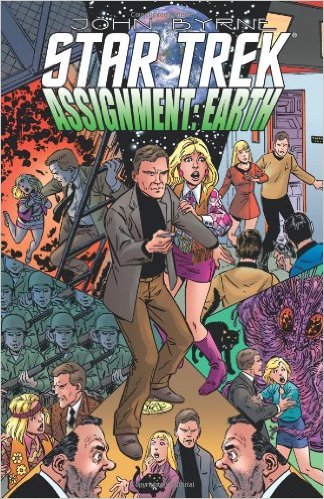 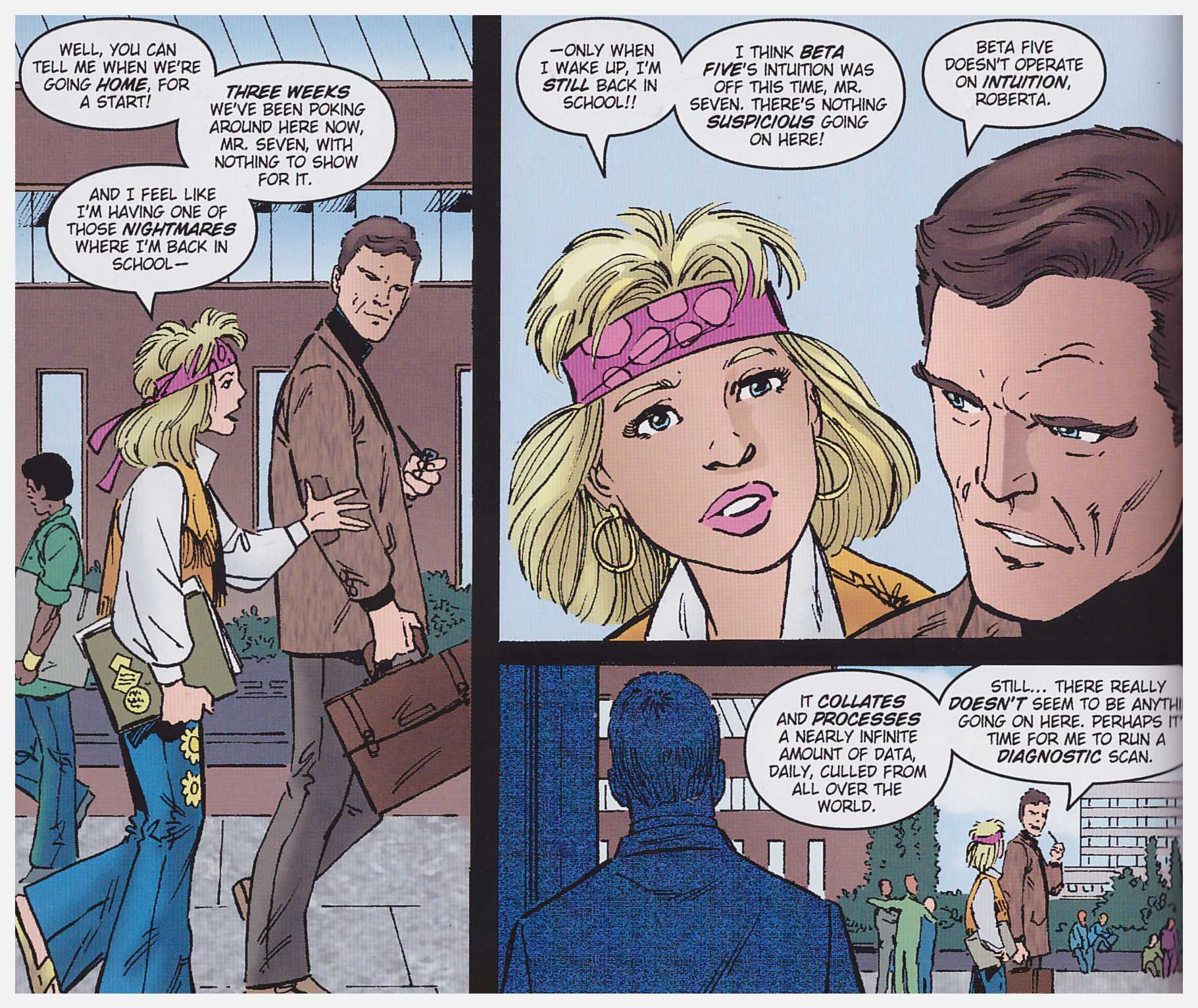 Technically, this is Star Trek, but not as we know it, as the entire series is set between 1968 and 1974, and members of the Federation are barely seen. Assignment: Earth instead concentrates on Gary Seven and Roberta Lincoln.

They were first seen in an episode of the original Star Trek series in the 1960s bearing the same title, where Seven was eventually revealed as something far more than the ordinary human he appeared to be. In fact he’d been sent back from the future to 1968 to protect the era from attempts to manipulate events, and among the objects he possessed that were way ahead of Earth technology were a teleportation chamber, a Beta 5 computer, able to interact verbally, and an all-purpose tool disguised as a pen. There’s also Isis, a cat who transforms into an alluring woman.

Star Trek producer Gene Rodenberry had intended to develop Gary Seven as a spin-off series, but that never came to pass, so John Byrne does it for him.

This is via a series of spy thrillers echoing the likes of Man from U.N.C.L.E. as the gimmick-laden Seven and his charming mini-skirted foil skirt around issues of the period. There’s the possibility of an atomic warhead being prematurely detonated and the pair having to deduce the likely culprit, a plot to replace Richard Nixon, and right wing patriots vs student protesters. Byrne hits all the correct touchstones for the period, and creates a good buddy relationship between the focussed Seven and the more likeable Lincoln.

Byrne’s storytelling is always exemplary, and the drawing style is his latter-day stripped back looseness, with attention to period detail and just about capturing the likenesses of the original actors.

There are brief appearances by familiar faces, but these are transitory and not any reason to pick up this collection. It’s decently plotted, disposable entertainment, but not so compelling that anyone will look at it twice.