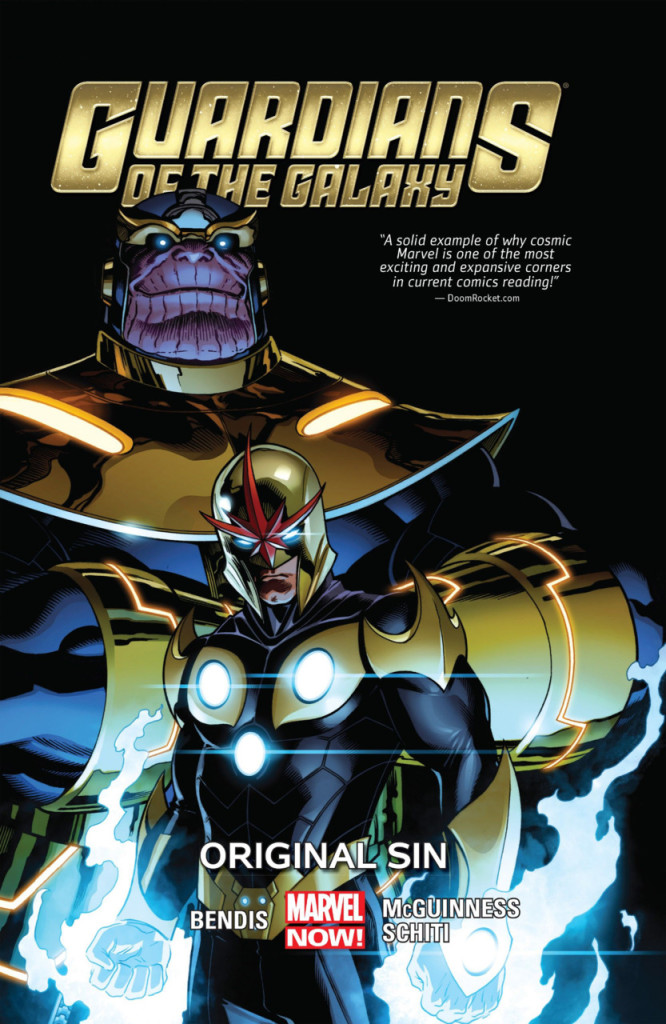 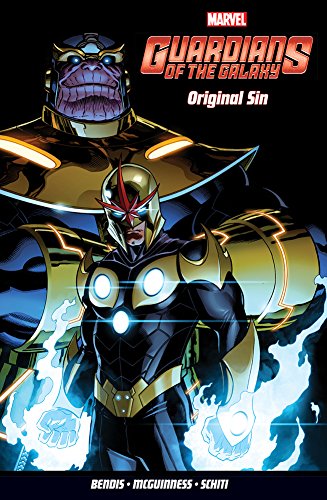 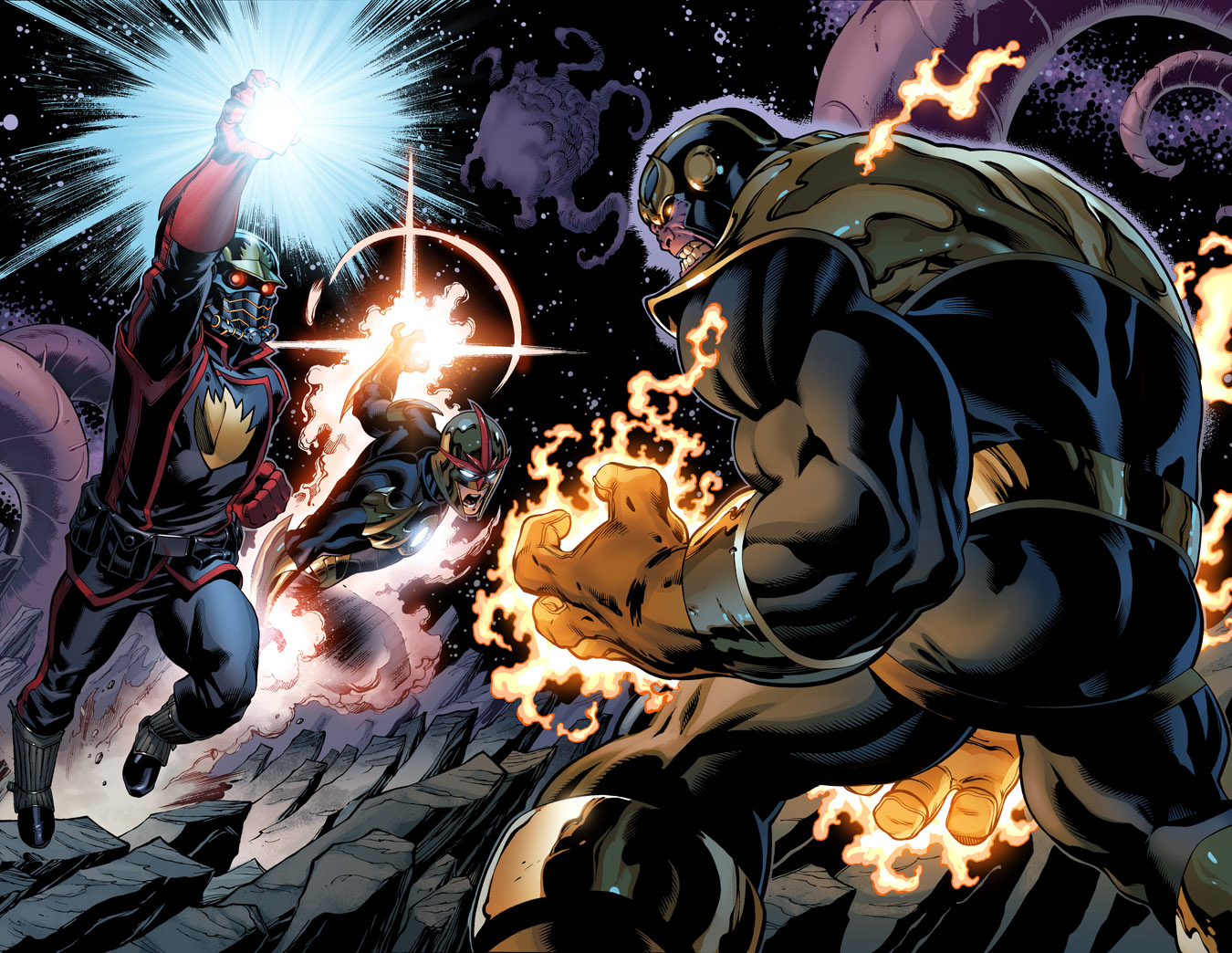 It’s taken a fair while, but with Original Sin, for those who care about such matters, we’re finally given an explanation about how it was that Star Lord was alive and well at the start of this series. He’d been presumed to have sacrificed himself to spare the universe the scourge of Thanos, yet not only is he back, so is Thanos. As with much of this series, the answer disappoints, and given the elements in play, it’s a pretty simple matter to negate.

It’s further the case that the fashion in which Brian Michael Bendis chooses to present this, narrated in hindsight in unusual manner and with his glib smart-mouthed dialogue, pulls against the emotional content. Not that artist Ed McGuinness is the man to deliver that either. On the other hand if you have what’s largely three chapters of cosmic blasts, massively over-muscled brutes having at each other and repeated smitings, there’s no-one going to provide it like McGuinness. Unlike other pencillers on the series to date, he manages to supply three complete consecutive chapters on his own.

Sometime between last seeing her during The Trial of Jean Grey, and being tied to a chair by Gamora, Star Lord has started an extremely long distance relationship with the X-Men’s Kitty Pryde. As has so often been the case during this series, it happened in another book, Legendary Star Lord, to be precise. The pages in which Kitty Pryde appear serve as little more than an extended joke, the type of patter Bendis can knock off in his sleep by now, but it’s not a very good joke. Rather than confusing readers again with material that occurred elsewhere, the narrative bridge the scene supplies could easily have been substituted by other material.

And look, here’s Venom, supposedly part of the team, yet only seen for a page since the middle of Guardians Disassembled. “We’ve been looking all over the Galaxy for you” says Gamora, barely credibly, in the manner of a mother admonishing a child located in the mall toy shop.

Valerio Schiti takes over for the second tale collected here, except for a Captain Marvel interlude drawn by David Lopez, and he has that slick and busy European style. It’s technically good, but hardly dynamic. That’s a shame, as this half of the book is the best Guardians story other than their teaming with the X-Men. The Venom symbiote hosted by Flash Thompson takes centre stage in a tale that makes sense of its rather random origin, and there’s a considerable change by the end. Not least for Star Lord in a final page shocker. The consequences are examined in Through the Looking Glass.