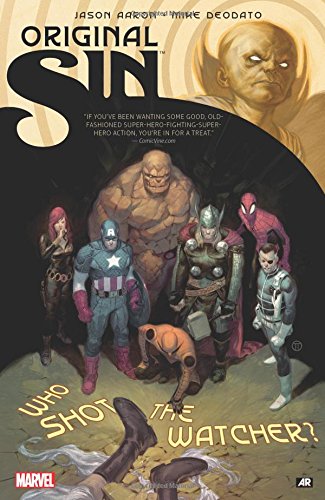 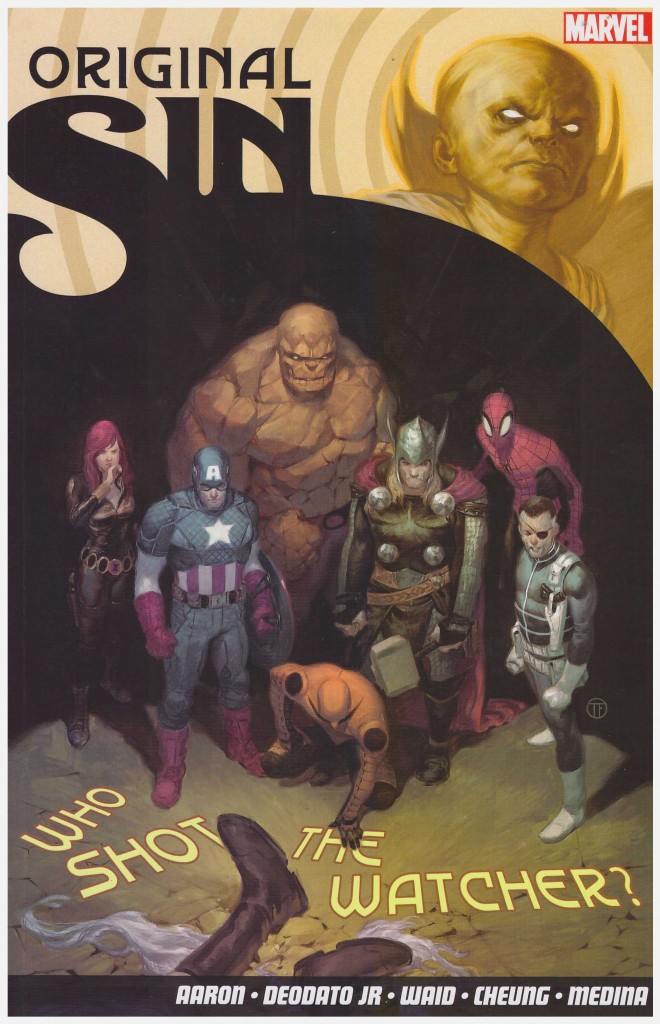 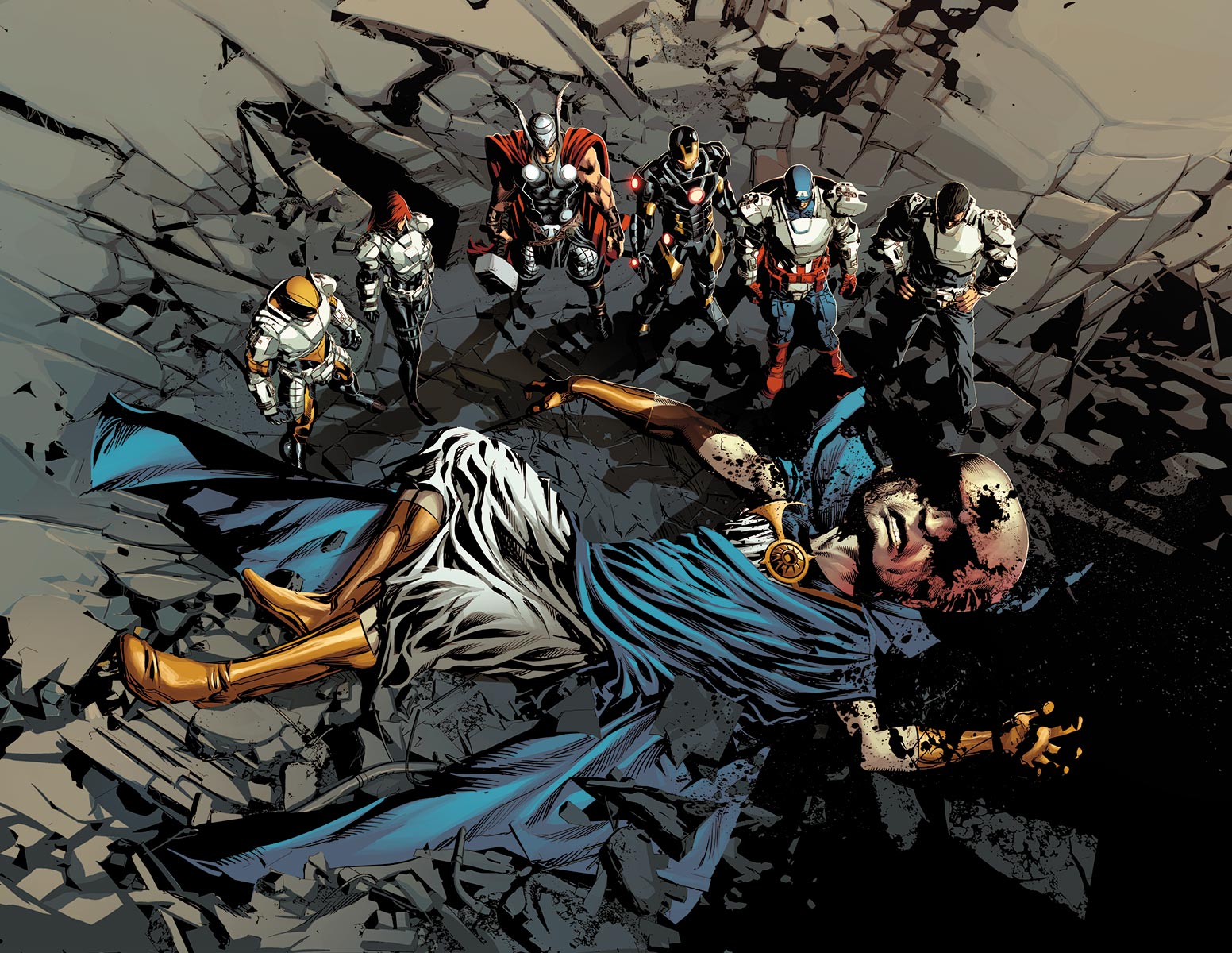 Original Sin is quite the sidestep for an annual crossover event at Marvel. It begins with what’s ultimately the quite pointless killing of long-time supporting character the Watcher to no real good purpose, the villains behind events are obscurities only known to the most fervid of Marvel readers, and the conceit of Marvel heroes having their secrets revealed is largely played out in their own titles. This leaves Original Sin as a brave experiment, but far from commercial, and ultimately largely hollow. Kudos at least to Marvel UK, who combined the American Original Sin series with the tie-in Original Sins rather than releasing them as separate volumes.

After a story by Mark Waid and Jim Cheung introducing the Watcher to those who might have no idea who he is, or why he observes in preference to participation, we hit the meat. Pairs of heroes investigate assorted strands that might reveal the Watcher’s murderer. In keeping with the contrary nature of the story, they’re deliberately mis-matched, Dr Strange with the Punisher, and Ant-Man with Emma Frost. The killer’s identity is revealed relatively early, and from that point Nick Fury switches from one of many characters to the primary focus. This, by the way, is the original guy with the eye-patch, not his African-American successor of the same name.

Writer Jason Aaron is in somewhat uncertain territory here. While Fury is fine as the swaggering, capable, uber-male at the centre of most of Aaron’s material, he’s also a man at the crossroads both in narrative terms and editorial. Surplus to the comics as Marvel makes a token attempt to align their film franchise with the comics, he’s given new purpose here, but it’s not anything that withstands a moment’s logical scrutiny given the daily occurrences in the Marvel Universe.

There are plenty of funny lines, some elegant art from Mike Deodato, and a few decent surprises, one being Winter Soldier jumping ahead of the revelations. Overall, though, it doesn’t add up, and the element of the sins seen by the Watcher becoming public appears more plot convenience than logical. At one point Fury needs to disable Thor and whispers something to render him inactive. How convenient. What was said remained an active topic for message board speculation a year after the series ended.

This is one to borrow and hand back rather than buy.