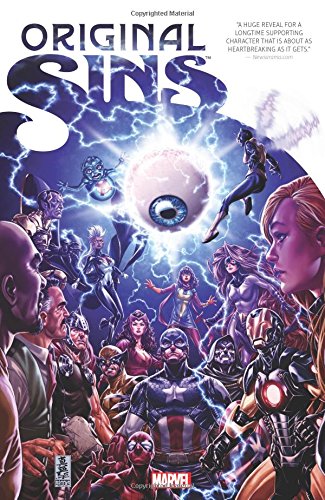 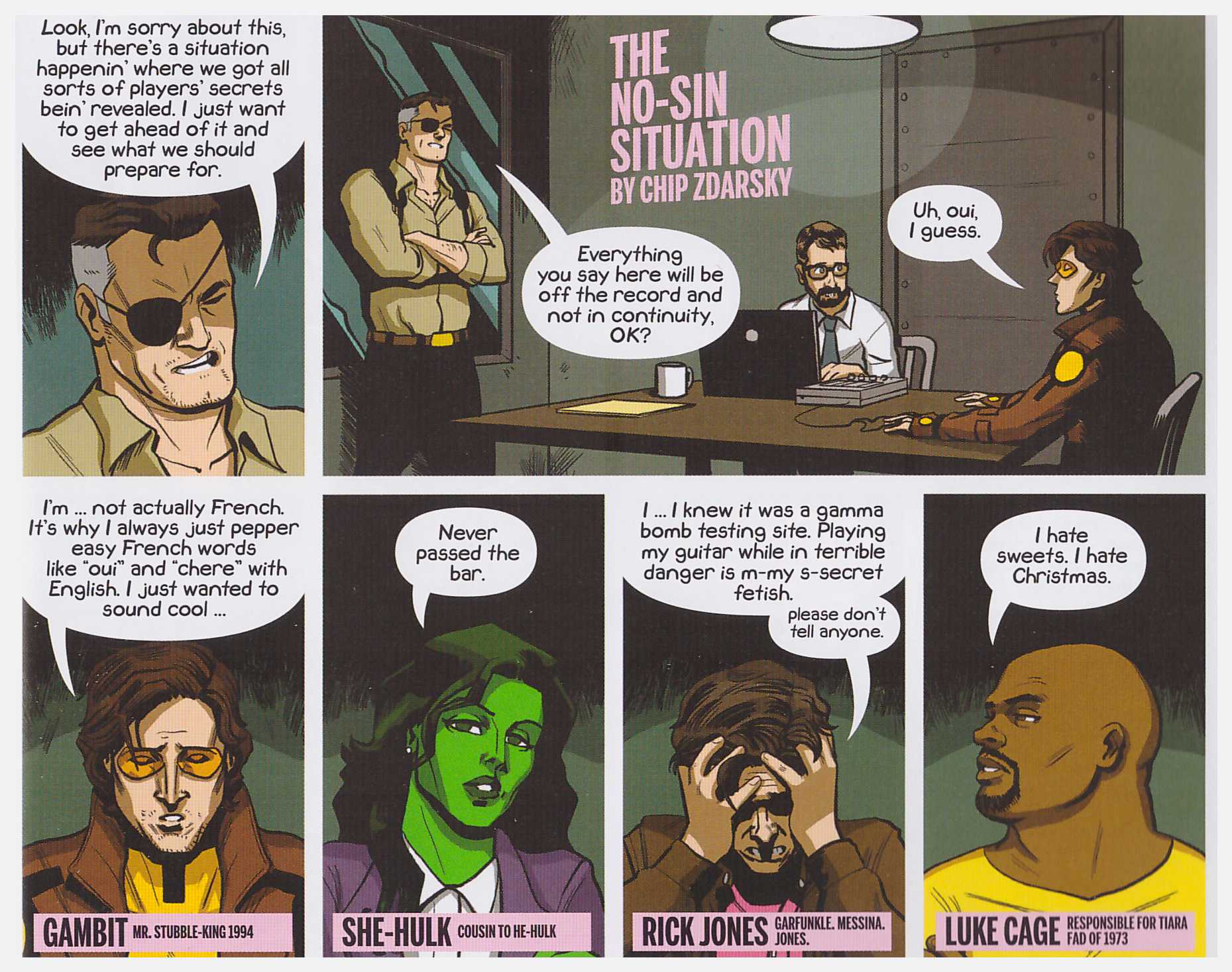 Spinning off from Marvel’s 2014 summer crossover series, Original Sins explores the effects of the Watcher’s secrets being revealed at random to assorted individuals in the vicinity of a superhero fight. Ever wondered what raving newspaper publisher J. Jonah Jameson’s darkest secret is? Wonder no further. Assorted other Marvel characters have their hidden pasts held up to the light. Admirably, it’s not only the obvious who get an airing, and there are some surprising creators involved.

Rick Geary for instance, best known for his forensic examinations of Victorian murders, draws a wordless two page story of the teleporting dog Lockjaw recalling his own buried secret and seeking the help of assorted heroes. This is one of a series of two page humour tales, some of which work better than others.

Ryan North writes the longest story in which the Young Avengers and the Hood attempt to decode the Watcher’s database. It’s high on quirk, low on substance and heavy on dialogue, and the lumpy art of Ramon Villalobos is unattractive.

Deathlok is re-booted again, this time in line with what was seen in the Agents of S.H.I.E.L.D. TV show. Any connection with Original Sin is minimal, as this is a taster for the then forthcoming series, but transferring the concept to spy thriller works. There’s a clumsy info-dump, but otherwise Nathan Edmonson and Mike Perkins’ contribution is among the highlights here.

Others are Al Ewing and Butch Guice detailing a conversation between Nick Fury and long-time sidekick Dum Dum Dugan, (but don’t read that before reading Original Sin) and James Robinson’s tale of a greedy business type discovering Doctor Doom’s secret. That’s illustrated by Alex Maleev in his scratchy photo-referenced style.

Original Sins will while away an hour amid the good, the not so good and the ugly, but there’s no essential reading. British buyers will find the same material packaged into the Original Sin graphic novel, where instead of disappointing purchase it becomes a welcome bonus. 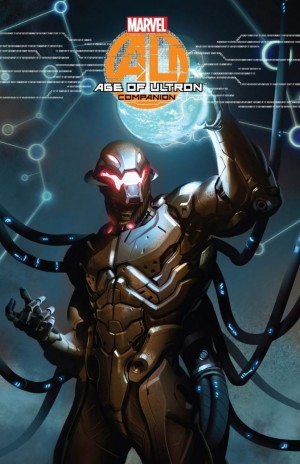 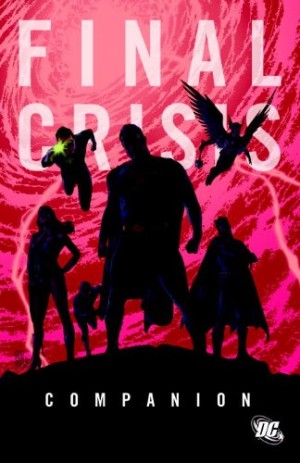