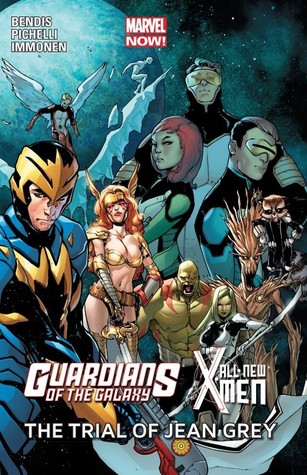 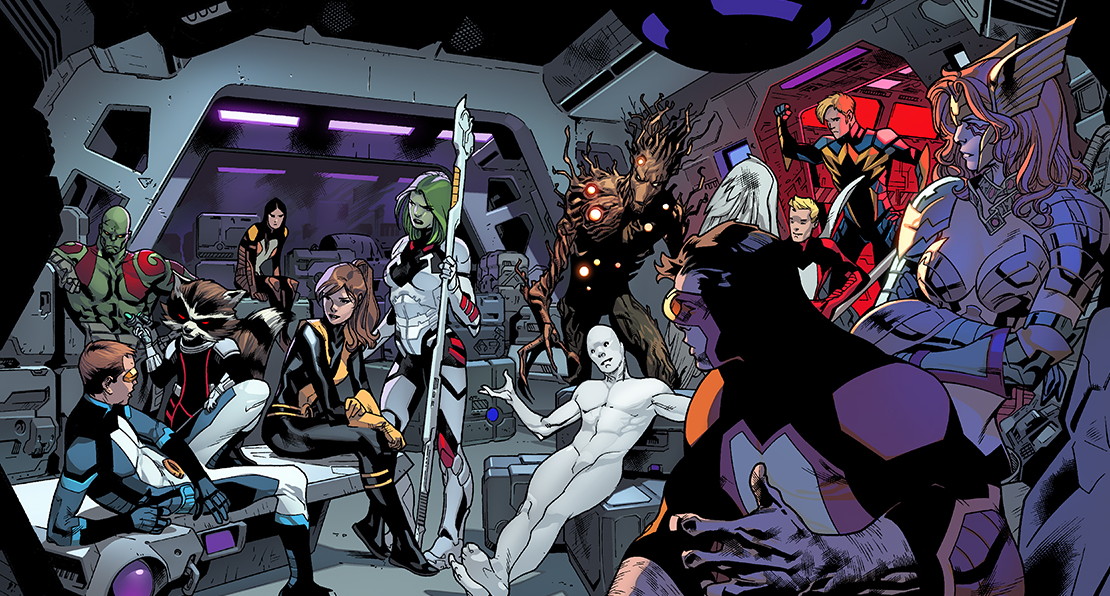 Since re-introducing the original teenage X-Men to the modern era, Jean Grey has been a primary focus for Brian Michael Bendis, who’s played out her character in a compelling manner. There’s not only the matter of her legacy and the divisive emotional responses she induces, but how she’s been coping with the sudden impact of new telepathic abilities.

One legacy element is that when controlled by the Phoenix, Jean Grey went rampaging through the universe. She was brought to trial, which concluded with her death, but the galactic powers that be aren’t best pleased to learn she’s back and healthy in the present day.

It’s not only Jean Grey who’s due for shock, however, as the Guardians of the Galaxy aren’t the only space-faring super-team Bendis throws into the equation. Throughout his run to date Bendis has masterfully played on the idea of the relatively inexperienced X-Men coming to terms with what their adult counterparts take for granted. Here they’re flown into space for the first time, meet aliens for the first time, and face off against an empire.

Bendis’ scripting of Guardians of the Galaxy hasn’t been quite as accomplished, and their introductory chapter is largely filler to bring them to the point of meeting the X-Men. From then, though, all is integrated, with pencil artists Stuart Immonen and Sara Pichelli on form throughout. Immonen echoes the vastness of the environment by delivering a series of excellent double page spreads, one of the X-Men and their new allies on the Guardians’ craft particularly impressive, and reprised later on another craft. Both artists also sometimes spread the story in landscape across two pages. This looked spectacular in the original comic publications, but it’s problematical as collected, with some art disappearing into the centre gutter.

The central moral issue is whether the innocent teenage Jean Grey should be held responsible for what a possible future incarnation carried out. It’s never properly resolved as politics intervenes, and Bendis pulls off a spectacular character-based conclusion.