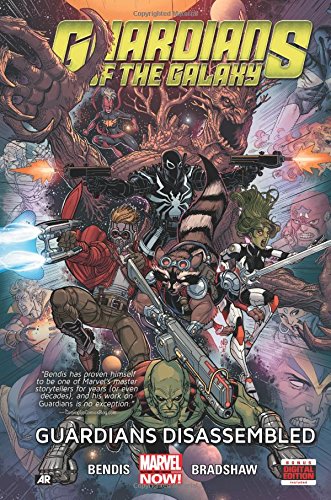 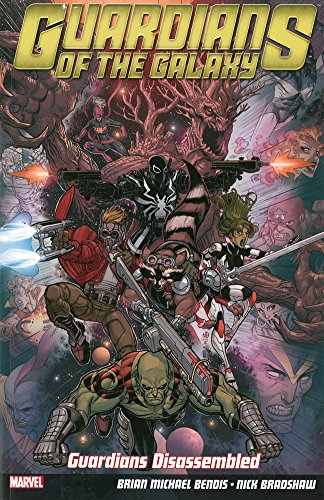 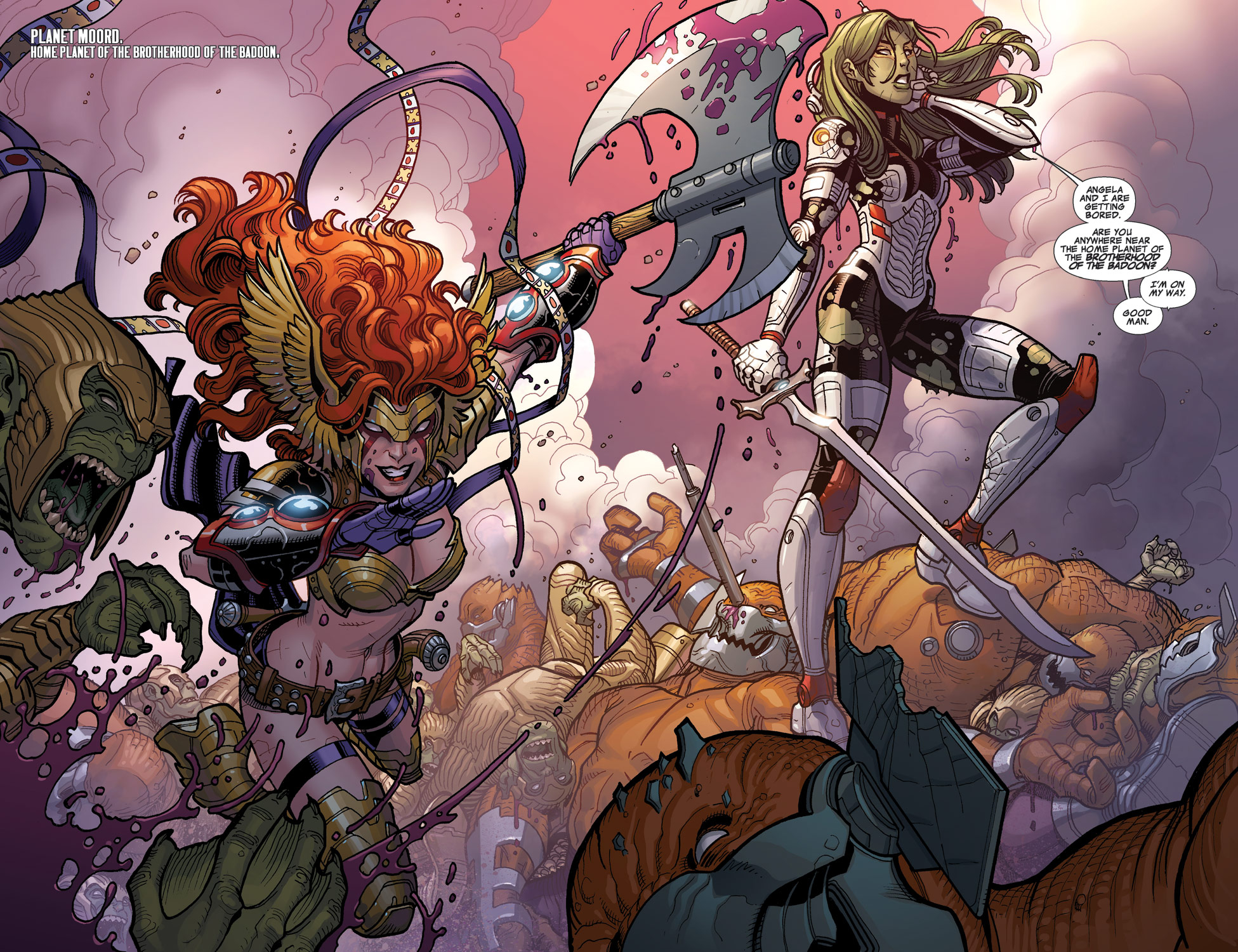 Continual change is a feature throughout Guardians of the Galaxy, but at least with Guardians Disassembled we’re presented with the circumstances of how Venom (Flash Thompson iteration) is now Earth’s official liaison to the Guardians. This is first by explaining how Thompson came to host the Venom parasite, then a brief interview sequence also serving to introduce the team. Except he doesn’t do an awful lot, and that’s him gone until well into the next volume, Original Sin.

Also here, for an unconvincing deus ex machina rescue (and not the only one), is Carol Danvers, now Captain Marvel rather than Ms Marvel, so on this slim connection the book is padded with the first issue of her new series. This could be considered a bonus, but at a list price of $20 for what would otherwise be four issues, another way of looking at it is Marvel having you pay for their marketing.

Events spin out of both The Trial of Jean Grey, and the opening volume Cosmic Avengers. In both cases the Guardians’ interference in weighty cosmic matters angered some powerful individuals and we hit the disassembled element of the title rapidly. Star Lord’s father is a galactic tyrant, and not a man who’s prepared to put up with the annoyance of his son any longer. The manner in which Brian Michael Bendis characterises Jason of Spartax, both here and previously, has been nuanced. It presents a devious and adaptable man certain in his actions are correct and practical, no matter how appalling they may be considered by others.

The bulk of the plot concerns the Guardians split and scattered across assorted worlds with a grudge against them. It’s padded by repetition and large spreads, and the halfway decent elements sink in the morass.

Addressing a problem of the previous Angela in that so much occurred unseen elsewhere, this book pulls the content from various sources, leading to a veritable army of creators on assorted short sections. The most intriguing is the long unseen 30th century version of the Guardians courtesy of Dan Abnett, although with unappealing art.

Even given the hither and yon origin of much of the content, the art is problematical. The bulk of the main narrative is handled competently enough by Nick Bradshaw, yet six other artists contribute. It’s intrusive, and irritating as the style switches so often when the page turns. Why has this become acceptable? Even more artists are on hand when this is combined with five other trades as Guardians of the Galaxy by Brian Michael Bendis Omnibus. Another alternative is a hardback pairing this with the previous X-Men team-up. 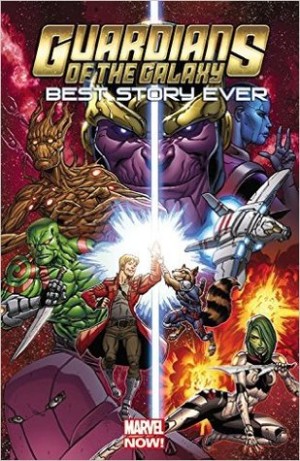